Home
Stocks
The Tell: Pandemic could force 30-35% of U.S. shopping malls to close permanently, warns Morgan Stanley
Prev Article Next Article
This post was originally published on this site 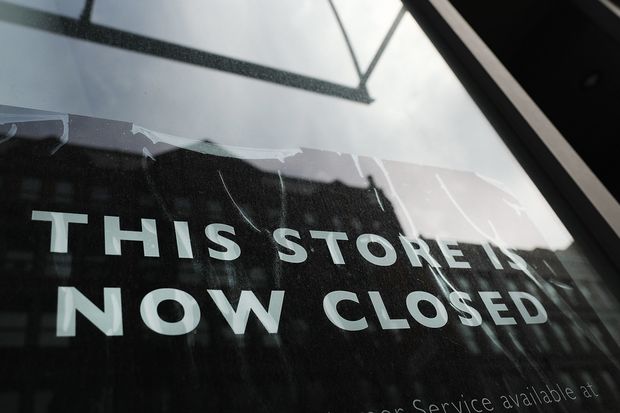 The demise of struggling U.S. shopping malls has been decades in the making.

But after years of speculation over what might be the ultimate cause of their undoing — and when — it looks like the pandemic of 2020 will mark the point of no return for hundreds of malls across the U.S.

That’s because the pandemic has forced consumers to learn to buy more of the things they like, want and need online, after strict social-distancing restrictions were ordered this spring to help stem a tide of rising COVID-19 cases.

Seven months later, the pandemic has forced swaths of Europe to enact fresh limitations on social gatherings, while pressuring rural U.S. hospitals such as those in the Dakotas as cases climb.

Mall owners already were grappling with plunging retail rents and the migration of more U.S. shoppers online long before the pandemic, which in the first half of this year helped hasten U.S. retail bankruptcies as store closures hit a record.

Vacant space is difficult to fill during the worst global health crisis in a century, putting downward pressure on collectible rents, and could spell the end of about 30-35% of U.S. malls, according to a team of Morgan Stanley analysts led by Richard Hill, head of U.S. commercial real-estate research.

Here’s their chart showing the bullish to bearish cases for mall closures.

Hundreds of malls will close

As part of the unwind, the Morgan Stanley team expects about 20% of the portfolios of mall real-estate investment Trust (REIT), key owners of shopping centers, to end up “rationalized,” a popular term in finance for dispensing of property, personnel or equipment to help cut costs.

Simon Property Group SPG, +0.79%, one of the nation’s biggest mall REITs, struck a deal in August with Amazon.com AMZN, +0.88% to turn some of its anchor department-store spaces into Amazon fulfillment centers. Brookfield Property Partners BPY, +0.69% took over malls formerly owned by General Growth Properties following the last recession when it became one of the largest real estate failures in U.S. history.

Simon and Brookfield didn’t immediately respond to requests for comment.

On the bright side, mall REITs could be “better positioned than the rest of the mall universe,” Hill’s team wrote. “The rationalization debate is complicated; we don’t claim to have the last word.”

Mall rents already plunged an estimated 42% this year from their 2007 peak of $278 per square foot based on gross leasable area, while e-commerce accounted for a 44% share of mall-based store sales in 2020, but only 8% in 2010, according to the team.

Next year, they anticipate a recovery in mall rents to about 24% of their 2007 all-time highs and e-commerce to settle closer to a 34% share of sales, but not enough to avoid mall closures.

That’s largely because over the past 50 years, the number of malls in the U.S. has quadrupled to 1,167 as of 2019, according to Hill’s team, which relied on data from CoStar Realty Information.

On the other hand, activist investor Carl Icahn and other so-called “short sellers” have been betting against malls, using tradable indexes that reference some $550 billion of U.S. commercial property debt.

Most short seller gains, up until now, have been based on price fluctuations of mall-heavy “CMBX” indexes created by Wall Street, not on a deluge of actual property defaults.

Even so, Goldman Sachs analysts said that joining popular bets on the mall-heavy CMBX Series 6 is not the “best short opportunity,” in a weekly note, in part because hotel debt has been harder-hit by the pandemic. 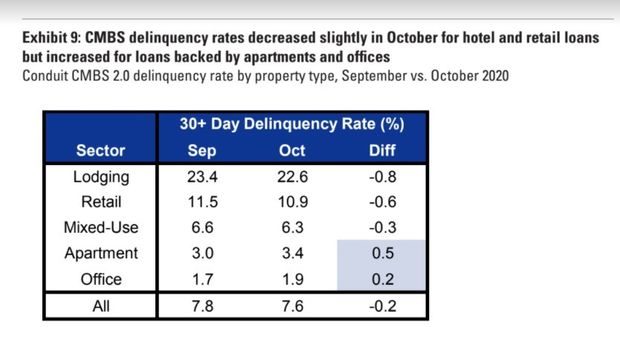 Shorting hotels may be better bet

The Goldman team led by Marty Young instead favors shorting lower BBB-rated portions of the hotel-heavy CMBX Series 9 over the mall-centric Series 6.