Home
Stocks
Brett Arends's ROI: The inventor of the ‘4% rule’ just changed it
Prev Article Next Article
This post was originally published on this site 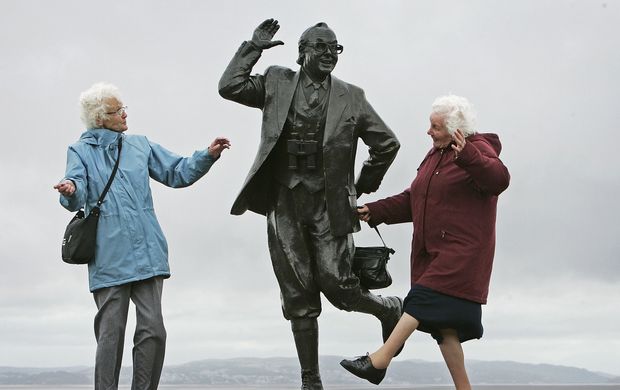 Reason to be cheerful? The ‘4% rule’ just changed

It’s been more than 25 years since Bill Bengen, a financial adviser in southern California, created the so-called “4% rule.”

That’s the principle that if you want to make sure your retirement savings last at least as long as you do, you should budget to spend no more than 4% of the balance in the first year—and then just adjust the amount each year in line with inflation.

Bengen called his rule “Safemax”—the maximum amount you could withdraw each year and still say “safe.”

Since his article appeared in the Journal of Financial Planning in 1994, the 4% rule has suffered the fate usually reserved for religious doctrines—alternately cited as revealed truth, such as here and here, denounced as heresy, or subject to various forms of reformation, such as here and here.

But still it has persisted, and spread, as a pretty useful rule of thumb. If you want to make sure you don’t outlive your savings, goes modern financial advice, budget on withdrawing no more than about 4% of your portfolio in your first year of retirement, and then only adjust upward in line with inflation.

Well, now comes news that Bengen—who has sold his financial planning practice, and moved to Arizona—has updated his numbers.

Not only is he no longer sticking to 4%, he says that that number was always treated too simplistically.

He says it was, historically, just the “worst-case scenario.” That was based on someone who retired at the worst moment he could find in modern times: October 1968, just as the stock market peaked, and runaway inflation was beginning. Someone who retired at that moment had to endure a bear market for U.S. stocks that would last 14 years, and skyrocketing inflation that crushed the purchasing power of their savings and fed their bonds into the shredder.

Someone retiring then would still have been OK for 30 years if they withdrew no more than 4% (actually, in 2006 he raised that calculation to 4.5%), Bengen says.

But, he adds, at other points in history—when inflation was low, and stocks and bonds were cheap—a new retiree could have withdrawn much more and done OK. Historically, he says, the average safe withdrawal rate has turned out to be about 7% and at points it has reached as high as 13%.

Of course, retirees who are that fortunate wouldn’t have known that until afterward.

Over a decade ago, Bengen’s calculations were adapted by financial adviser Michael Kitces to take account of the level of the stock market. Kitces used data from Nobel laureate Robert Shiller to work out when the stock market was “cheap,” and retirees could bank on good future returns, and when it was expensive, and retirees needed to budget for meager gains. The cheaper the market, and the better your expected future returns, the more you could withdraw, Kitces calculated.

Bengen, writing in this month’s edition of Financial Advisor Magazine, describes Kitces’ calculations as “the single most important chart ever devised pertaining to ‘sustainable withdrawals.’”

So where are we now?

Bengen says based on the current environment he thinks a new retiree should be safe if they start with a withdrawal rate of…no more than 5%.

“That’s what I use myself,” Bengen told me when we spoke by phone.

OK, so it’s not an earth-shattering change from 4%. It’s even less of a change from the updated “worst case scenario” rule of 4.5%.

But the 4% rule is now a 5% rule, if you like. This puts Bengen at odds with those who think the number should be lower than 4%, not higher, because of today’s record stock and bond prices.

But, he says, retirees right now have one saving grace: Very low inflation.

Today, he says, “I think the worst-case scenario would incorporate a renewed bout of inflation.” What does he make of the Federal Reserve’s plan to boost inflation? “It’s just amazing to me,” Bengen says.

There are plenty of unknowns—both known unknowns and unknown unknowns. We don’t know if the Fed can prevent deflation, let alone get prices higher. We don’t know what Covid is going to do to long-term returns. We also don’t know, for example, whether inflation-protected TIPS bonds would work better than regular government bonds. Although TIPS are designed to adjust their prices to reflect rises in the Consumer Price Index, they weren’t around in the 1970s, so we don’t know how exactly they would have done.

Oh, and right now they are so expensive that they actually guarantee a small, but significant, loss of purchasing power for up to 30 years.

Bengen, a former aeronautics engineer, warns that finance is not a natural science. The 5% rule, like the 4% rule or any other, should not be treated like Newton’s laws of physics.

“It’s not a law of nature,” he says. “It’s empirical”—in other words, based only on the data we have, going back to the 1920s. “One size doesn’t fit all,” and the number you choose “could be anything,” he says.