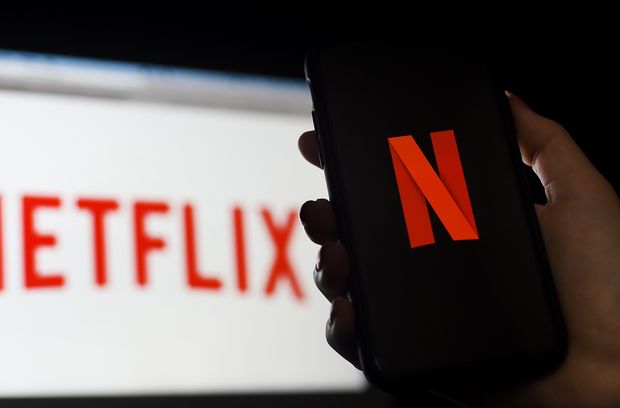 Netflix fell short of subscriber expectations with its third-quarter results.

For better or for worse, the Netflix story remains about subscriber growth—at least for now.

It wasn’t too long ago when investors were willing to ignore Netflix’s NFLX, -6.92% cash-burn problems because the company was rapidly adding new subscribers and doing so more quickly than expected. Now, the company is making progress on the profit side of things, but its subscriber growth is slowing, and that’s weighing on shares.

Netflix’s stock fell 6.9% in Wednesday trading as the company reported fewer subscribers for the third quarter than analysts were anticipating. That negative surprise outweighed more upbeat developments from Netflix’s earnings call, including an improving cash-flow position.

Chief Financial Officer Spencer Neumann said that Netflix “can probably pretty safely say that we can self-finance our growth without needing to access the capital markets.” While the company is “not yet sustainably free cash flow positive or ready to call that,” it is “rapidly closing in,” according to Neumann.

Loop Capital analyst Alan Gould highlighted that Netflix now expects free-cash flow of $2 billion for the full year, whereas it was anticipating negative free-cash flow (FCF) of $2.5 billion before the pandemic. The new forecast is “much better than expected,” he said, “even adjusting for the reduced content spend.” Gould has a buy rating and $600 price target on Netflix’s stock.

The free-cash-flow commentary helped Netflix win a bit of praise from long-time bearish analyst Michael Pachter of Wedbush. “Turning the [free-cash flow] corner warms us to the story,” he wrote, though he reiterated his underperform rating while upping his price target to $235, which is still less than half the current price, from $220.

Netflix’s profit progress has Wells Fargo analyst Steven Cahall thinking that the company’s story might become “less hyper-focused on sub[scriber] growth and instead more inclusive of [key performance indicators] like cash returns/FCF.” Cahall, who has an equal-weight rating and $510 price target on Netflix shares, noted that net additions “have historically been THE metric” for Netflix but the company is showing cost leverage that could persist.

For now, Netflix can’t shake its subscriber slowdown. After adding at least 10 million subscribers in each of the first two quarters of 2020 while the pandemic kept many people confined to their homes, Netflix only picked up 2.2 million net new subscribers for the third quarter, below expectations. It forecast 6 million additions for the fourth quarter, which also came up short of the FactSet consensus.

“With a clearer picture of subscriber growth expectations through the balance of 2020, the discussion now likely shifts to 2021 when [year-over-year] comparisons become more difficult,” wrote Evercore ISI analyst Lee Horowitz. “This is still a very compelling long-term growth story, but given our view that revenue looks set to decelerate for at least the next four quarters (following four straight quarters of deceleration) we think outperformance from here could be challenging for a stock which is already pricing in plenty of good news.”

One beacon of hope is that Netflix could potentially raise prices for U.S. subscribers, following similar moves recently in Canada and Australia. Chief Product Officer Gregory Peters declined to share too much on the topic of price increases in response to a question on Netflix’s earnings call, but he said that those who make these decisions ask whether Netflix is “really delivering more value to our members” and “if so, do we think it’s the right time to go back and ask them to pay a bit more so we can again keep that cycle going?”

Evercore’s Horowitz has already incorporated a “not-yet-announced” U.S. price increase for early 2021 into his financial model.

At least 11 analysts upped their price targets on Netflix after the report, according to FactSet, while at least three lowered theirs. Of the 43 analysts tracked by FactSet who cover the stock, 26 have buy ratings, 12 have hold ratings, and five have sell ratings, with an average price target of $550.12.