Home
Stocks
The Conversation: This is what ‘differential privacy’ means — the ‘gold standard’ in handling your personal data
Prev Article Next Article
This post was originally published on this site 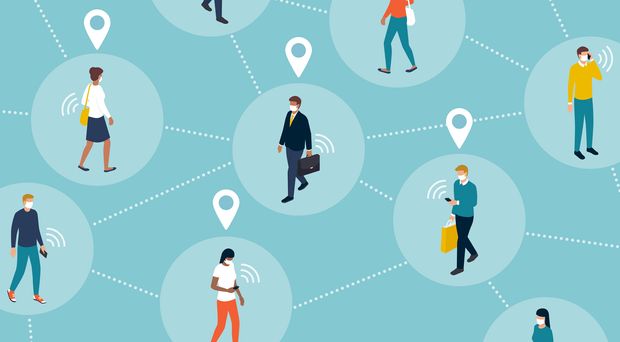 The Trump administration’s move to ban the popular video app TikTok has stoked fears about the Chinese government collecting personal information of people who use the app. These fears underscore growing concerns Americans have about digital privacy generally.

Our data privacy research shows that people’s hesitancy to share their data stems in part from not knowing who would have access to it and how organizations that collect data keep it private. We’ve also found that when people are aware of data privacy technologies, they might not get what they expect.

While there are many ways to provide privacy for people who share their data, differential privacy has recently emerged as a leading technique and is being rapidly adopted.

Imagine your local tourism committee wanted to find out the most popular places in your area. A simple solution would be to collect lists of all the locations you have visited from your mobile device, combine it with similar lists for everyone else in your area, and count how often each location was visited. While efficient, collecting people’s sensitive data in this way can have dire consequences. Even if the data is stripped of names, it may still be possible for a data analyst or a hacker to identify and stalk individuals.

Differential privacy can be used to protect everyone’s personal data while gleaning useful information from it. Differential privacy disguises individuals’ information by randomly changing the lists of places they have visited, possibly by removing some locations and adding others. These introduced errors make it virtually impossible to compare people’s information and use the process of elimination to determine someone’s identity. Importantly, these random changes are small enough to ensure that the summary statistics — in this case, the most popular places — are accurate.

In practice, differential privacy isn’t perfect. The randomization process must be calibrated carefully. Too much randomness will make the summary statistics inaccurate. Too little will leave people vulnerable to being identified. Also, if the randomization takes place after everyone’s unaltered data has been collected, as is common in some versions of differential privacy, hackers may still be able to get at the original data.

Since then, new systems using differential privacy have been deployed by Microsoft MSFT, +0.45%, Google and the U.S. Census Bureau. Apple AAPL, -0.23% uses it to power machine learning algorithms without needing to see your data, and Uber UBER, -3.71% turned to it to make sure its internal data analysts can’t abuse their power. Differential privacy is often hailed as the solution to the online advertising industry’s privacy issues by allowing advertisers to learn how people respond to their ads without tracking individuals.

But it’s not clear that people who are weighing whether to share their data have clear expectations about, or understand, differential privacy.

In July, we, as researchers at Boston University, the Georgia Institute of Technology and Microsoft Research and the Max Planck Institute, surveyed 675 Americans to evaluate whether people are willing to trust differentially private systems with their data.

Americans we surveyed were about twice as likely to report that they would be willing to share their data if they were told, using one of these definitions, that their data would be protected with differential privacy. The specific way that differential privacy was described, however, did not affect people’s inclination to share. The mere guarantee of privacy seems to be sufficient to alter people’s expectations about who can access their data and whether it would be secure in the event of a hack. In turn, those expectations drive people’s willingness to share information.

Troublingly, people’s expectations of how protected their data will be with differential privacy are not always correct. For example, many differential privacy systems do nothing to protect user data from lawful law enforcement searches, but 20% of respondents expected this protection.

To help people make informed choices about their data, they need information that accurately sets their expectations about privacy. It’s not enough to tell people that a system meets a “gold standard” of some types of privacy without telling them what that means. Users shouldn’t need a degree in mathematics to make an informed choice.

Identifying the best ways to clearly explain the protections provided by differential privacy will require further research to identify which expectations are most important to people who are considering sharing their data. One possibility is using techniques like privacy nutrition labels.

Helping people align their expectations with reality will also require companies using differential privacy as part of their data collecting activities to fully and accurately explain what is and isn’t being kept private and from whom.

Gabriel Kaptchuk is a researcher and assistant professor in computer science at Boston University. Elissa M. Redmiles is a faculty member and research group leader at the Max Planck Institute. Rachel Cummings is an assistant professor of industrial and systems engineering at the Georgia Institute of Technology in Atlanta. This was first published on The Conversation — “People want data privacy but don’t always know what they’re getting“.