Home
Stocks
U.K. and EU hint again at possible compromise on trade deal. Here’s why it matters this time
Prev Article Next Article
This post was originally published on this site 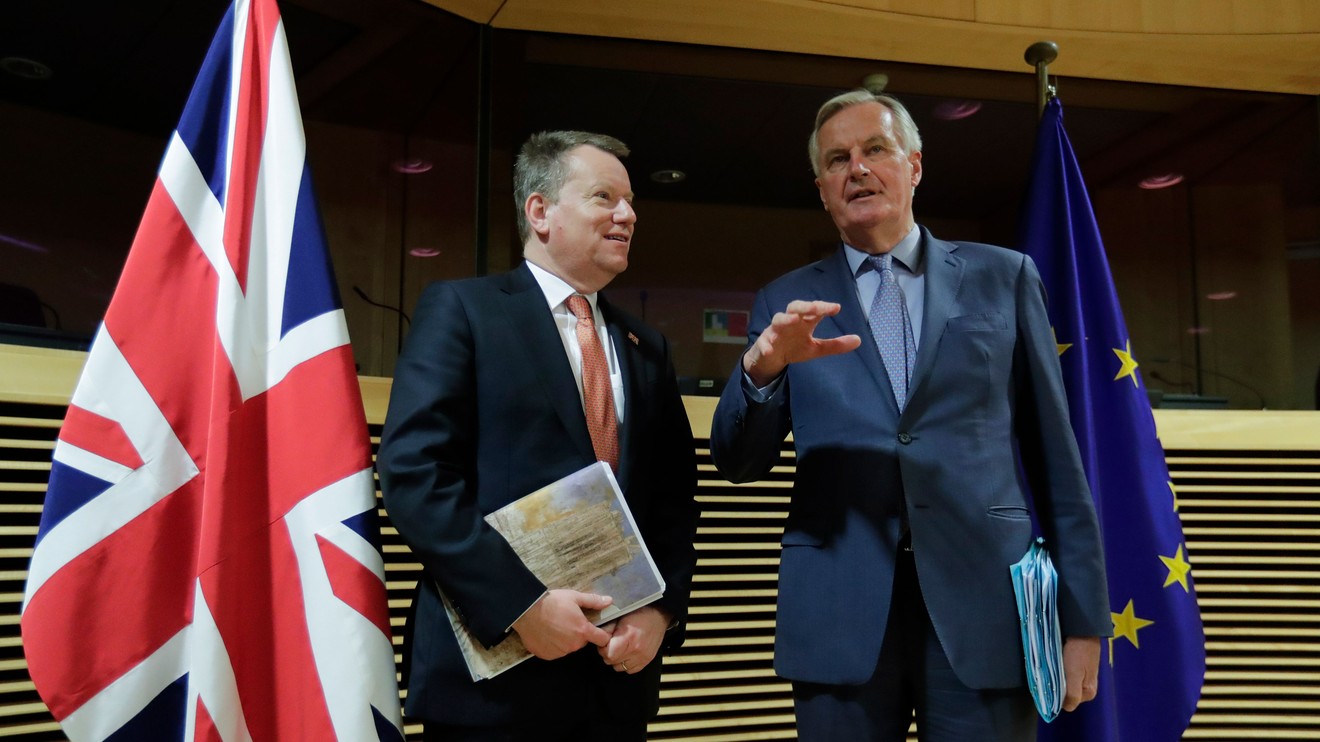 Negotiators for the U.K. and the European Union started a new round of intensified trade talks on Wednesday, aiming at striking a deal on their tough, 10-months long negotiations before a crucial summit of EU heads of states and governments on Oct. 15.

– In a sign of concession from London, chief U.K. negotiator David Frost told the House of Lords that the government would consider going “further than you normally do in a free-trade agreement” on the crucial question of state aid rules and regulations.

– Cabinet office minister Michael Gove opined that the way the talks have evolved in the last weeks is “cause for steady optimism.” He added that he now saw the odds for a deal at 66%.

– Both U.K. Prime Minister Boris Johnson and EU Council President Charles Michel said after a phone conversation on Wednesday that a deal would be preferable for both camps.

– Bank of England Governor Andrew Bailey said in an interview that the two sides should be able to strike a deal, if only because “it is in the interest of both sides — let’s be blunt — to get an agreement.” In a separate intervention before an EU panel on Thursday, Bailey acknowledged that the post-Brexit transition “would have been easier had we not have to deal with COVID.”

Opinion: The U.K. economy was crippled before the virus hit. More reason for the government to be careful about Brexit

The outlook: Both camps acknowledge that “significant differences” remain on both the state aid and the fisheries questions. The upbeat mood does signal a change of tone compared with the previous weeks’ acrimony. But in the last months, sudden warnings or ultimatums have often followed days of cautious optimism. The EU launched a legal procedure last week against the U.K.’s recent ‘internal market bill,’ which reneges on key aspects of the withdrawal agreement and its protocol on Ireland signed by the two sides last year. Before a deal can be struck, it may require the EU leaders’ ultimate green light next week, which would then lead to both sides rushing to claim major political victories, however serious or flimsy the evidence.

Read: Biden to Brexit Britain: No trade deal with U.S. if you mess with Ireland