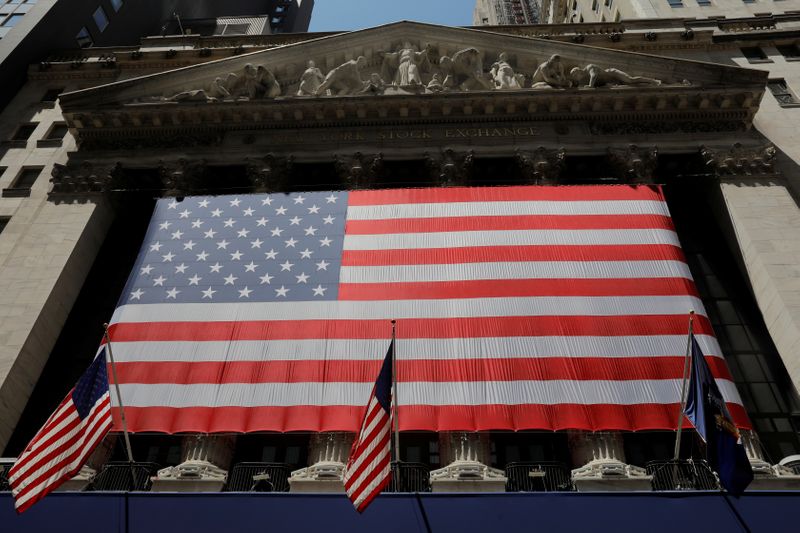 All the major S&P indexes were up, led by broad-based gains in materials (SPLRCM), financials (SPSY), industrials (SPLRCI) and consumer discretionary stocks (SPLRCD).

A day after Trump said he was breaking off negotiations with Democrats on more economic aid, White House chief of staff Mark Meadows said he was not optimistic that a comprehensive deal could be reached, but added the Trump administration did back a more piecemeal approach.

“It could leave the Federal Reserve under pressure to provide more support.”

Minutes of the Federal Reserve’s September policy meeting are due later in the day, with investors looking for details on the central bank’s new approach to inflation.

On Wednesday, Vice President Mike Pence and Democratic challenger Kamala Harris are also set to square off in their only debate, which comes less than a week after Trump contracted COVID-19 amid a White House outbreak that has infected numerous high-profile Republicans.

Reuters/Ipsos opinion polls released on Tuesday showed Democratic presidential candidate Joe Biden expanded his lead over Trump in battleground Michigan and the two candidates were locked in a toss-up race in North Carolina.

The Dow Jones airlines index (DJUSAR) jumped 3.1% after Trump urged Congress on Tuesday to pass a series of smaller, stand-alone bills that would include a bailout package for the battered airline industry.

Levi Strauss & Co (N:LEVI) surged 9.9% as it said it planned to open new stores, in contrast to analysts’ projections for it take a hit from coronavirus-driven store closures.

The company reported a profit for the third quarter, defying expectations of a loss.

Analysts expect earnings at S&P 500 firms to have dropped about 21% in the third quarter, according to IBES data from Refinitiv.

Still, the pace of declines is expected to have slowed following a 30.6% slump in the second quarter, when Corporate America took a hit from nationwide lockdowns.

Eli Lilly and Co (N:LLY) rose 2.4% after saying it had submitted a request to the U.S. Food and Drug Administration for emergency use of its experimental COVID-19 antibody treatment.

Boeing Co (N:BA) gained 2.1% after the Federal Aviation Administration issued a draft report on revised training procedures for the planemaker’s 737 MAX, a key milestone to the plane’s eventual ungrounding.

Advancing issues outnumbered decliners almost 4-to-1 on the NYSE and the Nasdaq.