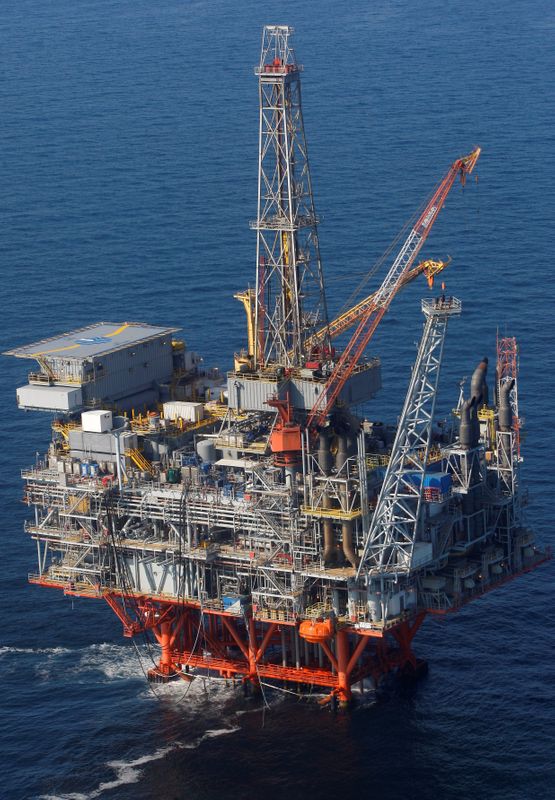 Delta’s winds reached 145 miles per hour (235 kph) as the storm sped toward Mexico’s Yucatan peninsula and eventual entry into the Gulf of Mexico, whose warm waters will restore it to a Category 4 storm, the National Hurricane Center said.

Oil producers had evacuated 57 production facilities in the U.S. Gulf of Mexico by Tuesday and halted 540,000 barrels per day of oil and 232 million cubic feet per day of natural gas production. The region accounts for about 17% of U.S. oil output.

Delta is expected to strike the U.S. Gulf Coast on the weekend as the 10th named storm to make a U.S. landfall this year, eclipsing a record that has held since 1916.

After weakening over the Yucatan, Delta is expected to restrengthen and grow into a massive storm. The “significant increase in the size of Delta’s wind field while it is over the Gulf of Mexico” will drive a broad storm surge and wind threats to the U.S. Gulf Coast, the NHC said.

Oil companies have had to evacuate workers repeatedly during this storm season. The COVID-19 pandemic has complicated the departures and returns, with some workers required to quarantine ashore and be tested for the virus before returning.

Delta’s evacuations are at least sixth time that some companies have had to remove staff and curtail production since June.

W&T Offshore (N:WTI), one of the smaller Gulf of Mexico producers, estimated the storms cost it 9,000 barrels of oil and gas per day in the latest quarter, more than a fifth of its targeted output.

Royal Dutch Shell (L:RDSa), the largest Gulf of Mexico offshore oil producer by volume, evacuated staff from nine facilities and is preparing to shut production at several. Chevron (N:CVX) was evacuating and shutting production on all its Gulf of Mexico platforms, and BP (NYSE:BP), BHP and Occidental Petroleum (NYSE:OXY) also withdrew.