Home
Market
BA to bid farewell to 'Queen of the Skies' with rare dual take off
Prev Article Next Article
This post was originally published on this sitehttps://i-invdn-com.akamaized.net/trkd-images/LYNXMPEG962EH_L.jpg 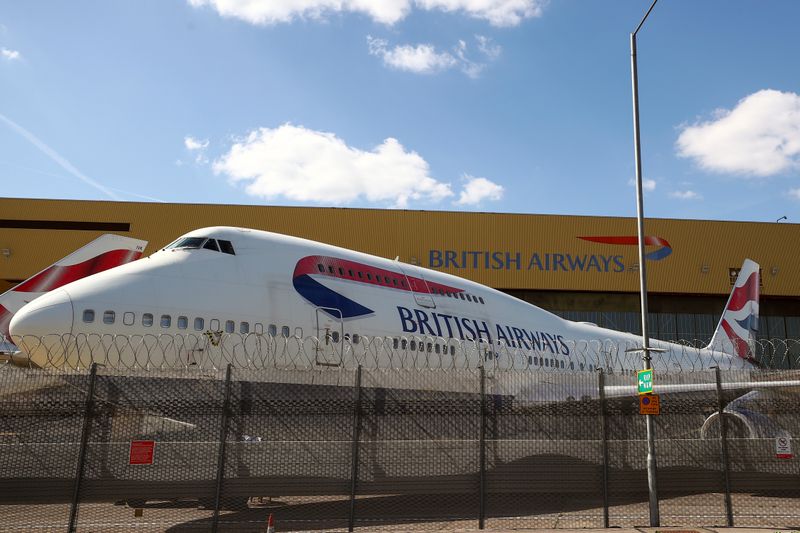 Once the world’s largest operator of the 747, BA has now retired its entire jumbo jet fleet after the COVID-19 pandemic curtailed most air travel, accelerating the move to more fuel-efficient planes.

“Tomorrow will be a difficult day for everybody at British Airways as the aircraft leaves our home at Heathrow for the very last time,” Chief Executive Alex Cruz said.

For over 50 years, the 747 has been the world’s most easily recognised jetliner with its humped fuselage, four engines and 16 main wheels.

It took its maiden flight in 1969 and soon secured its place in history as the jet which allowed more affordable air travel due its size and range.

Passengers have included John Paul II, who arrived for the first visit to Ireland by a pope on an Aer Lingus 747 in 1979. Ayatollah Ruhollah Khomeini returned to Iran from exile on an Air France jumbo during the same year’s Islamic Revolution.

Former pilots have relayed how the jet initially took some getting used to, from a cockpit positioned almost 30 feet above the ground and more when angling the nose higher just before touching the runway.

“It was like landing a block of flats from the 2nd floor,” Hugh Dibley, a former BOAC captain, told Reuters.

On Thursday the final two 747s will take off from Heathrow at 0730 GMT with a rarely seen synchronised dual take off on parallel runways before one conducts a fly-past along the southerly runway, weather permitting.

The owner of British Airways, IAG (L:ICAG), is battling to survive after the pandemic wiped out much of the global flying market.