Home
Stocks
Next Avenue: 10 common misconceptions about cremation, and why it’s becoming more popular
Prev Article Next Article
This post was originally published on this site 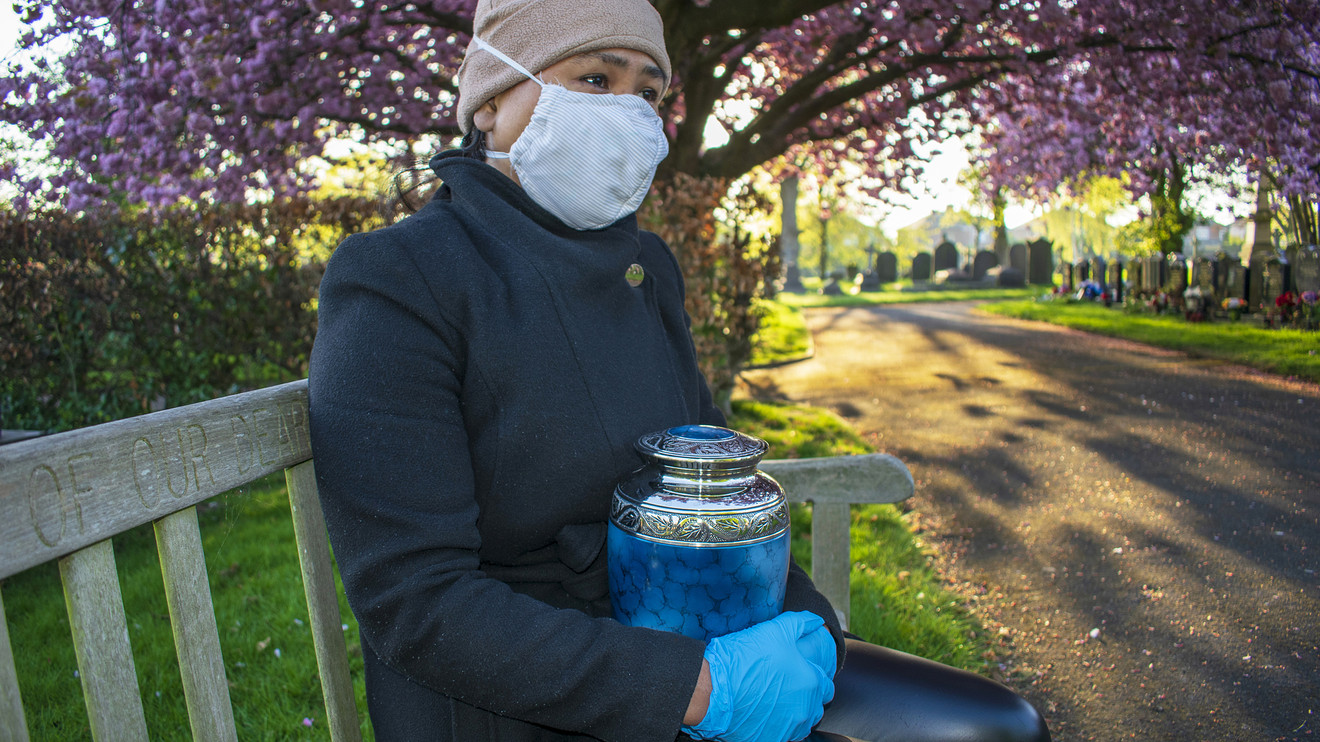 Why has cremation become more popular during the pandemic?

In addition to the increasing trend in cremations before the pandemic, during COVID-19, the restrictions on gatherings and other concerns have made cremation a more viable option for many.

According to the National Funeral Directors Association (NFDA) 2020 Cremation and Burial Report, due to COVID-19, an additional 200,000 U.S. deaths are expected this year. So more families are planning funerals, and many of them are considering cremation.

In fact, more than half of funeral directors surveyed in the report said their cremation rates have increased since the start of the pandemic.

“In some areas, particularly in hot spots, the number of cremations has tripled or quadrupled,” she says, adding that crematory machine manufacturers in her group report unprecedented sales and can’t keep up with demand.

“Cremations have most likely increased during the time of coronavirus due to a combination of factors, including limitations on gatherings and travel, social distancing and financial concerns,” says Kemmis. “In addition, families can choose to keep the cremated remains and have services at a later time.”

Also see: When my dad died I inherited my uncle’s IRA. How do I figure out the RMD?

The trend toward cremation

The increase in cremation rates during the coronavirus outbreak is part of an overall upward trend in cremations.

Consider these statistics reported by the NFDA: In 2015, the national cremation rate surpassed the burial rate for the first time in U.S. history.

There are several reasons for this trend:

Other factors that play a part include growing environmental concerns (cremation is often considered a more environmentally-friendly option than a burial) and the increased desire for less formal, more personalized ceremonies.

While cremations are now more common than burials in the U.S., there are still many misconceptions about cremation, including those related to COVID-19 deaths. Here are 10 of them:

1. You can’t bury a person who died of COVID-19. False. The Centers for Disease Control and Prevention (CDC) states that decedents with COVID-19 may be buried or cremated, but to check on state or local requirements.

2. You can’t bury cremated remains. Not true, says James Olson, funeral director of Olson Funeral Home and Cremation Service in Sheboygan, Wis., and a spokesperson for the National Funeral Directors Association. “You can place an urn containing remains into an urn vault, and bury it underground, in a mausoleum, memorial park, churches and more,” he says.

According to Olson, a new mausoleum was built in his area just to hold cremation urns because “there was a need for it.”

You can even have viewings and services before cremation. “To save money, we recommend that the family rents a casket for the viewing and funeral,” Olson says.

3. You can’t be cremated if you’re Jewish. While cremation does go against Jewish law, exceptions are sometimes made. “If someone requests to be cremated or buried in a manner which is not in accordance with Jewish tradition, we nevertheless provide him/her with a Jewish burial,” according to Rabbi Naftali Silberberg, of Chabad.org, quoted in an article on the website.

Says Botbol, “We feel that the disposition of the body is important, yet it’s even more important to provide a meaningful and respectful service for every family. The funeral, burial, sitting shiva — these are all part of the grieving and healing process.”

4. The remains of someone who has been cremated are ashes. “Many people think the remains consist of burnt flesh, or ashes,” says Olson. “What’s left after cremation is actually the skeleton, which is then crushed to the consistency of powder or sometimes crushed seashells. We refer to this as ‘cremated remains,’ which is not at all like the consistency of ashes.”

5. Cremation prices are the same everywhere. Actually, prices vary widely. For example, according to parting.com, the average cost of cremation with services handled through a funeral home is between $2,000 and $4,000, but if they were done through a crematory, the costs would be between $1,500 and $3,000. Prices also vary locally and by state. Shop around to determine the best option for your needs.

6. You can ship cremated remains via any carrier. According to the NFDA, you can only ship them through the U.S. Postal Service, following a very specific process. You can usually travel by plane with cremated remains in checked luggage or a carry-on bag. There are requirements around this, especially if someone has died due to COVID-19.

7. Cremations can take place almost immediately after death. “Every state has rules for cremation,” notes Olson. “In Wisconsin, we’re required to hold the body for at least 48 hours. After that, a medical examiner needs to view the body and issue a death certificate, and the family has to sign a release form prior to doing the cremation.”

8. Most people know exactly what to do with the cremated remains of loved ones. “Definitely not,” says Olson. “Often, this question isn’t discussed in families, or a loved one will say, ‘just get rid of it,’ when talking about what to do with the remains. This is something that would be excellent to determine in the preplanning stage.”

9. You can scatter cremated remains anywhere. “If cremated remains are scattered in an unauthorized site or without observing necessary regulations, you may be subject to fines or removal of the remains,” says Kemmis.

A good rule of thumb is to stay away from private property, and stick to public land, sea and air. “There are many unique places to scatter remains. I’ve seen them included in ocean reefs, launched into space from a rocket or scattered on mountaintops,” Kemmis says.

10. If you donate your body to science, your family can’t get back any cremated remains. Actually, some organizations let you donate your body to science, and return any parts not used as cremated remains. Many of these programs cover the costs of body donation, including cremation costs, but sometimes only within a certain distance. Most people preplan body donation, deciding on where to donate and navigating local and national regulations.

There are many places that welcome donations — research programs, medical schools, hospitals, and more. If you just want to donate your body to science, ScienceCare and AnatomyGifts are some options.

A time for discussion

Even though the jump in the number of deaths from COVID-19 is frightening, it does give us the opportunity to talk about things we don’t usually want to talk about — like death and dying.

Read: Can I reject an inheritance?

While cremation is an increasingly popular choice, it’s important to discuss it, and other options, with all family members, preferably before a death occurs.

Preplanning lifts the burden from families forced to make decisions while grieving, and allows them to honor those who have died, as well as grieve and heal.

Margie Zable Fisher is a freelance writer and the founder of The 50-Year-Old Mermaid, where she and other 50+ women share their learnings and experiences on living their best lives after 50. Her website is margiefisher.com.