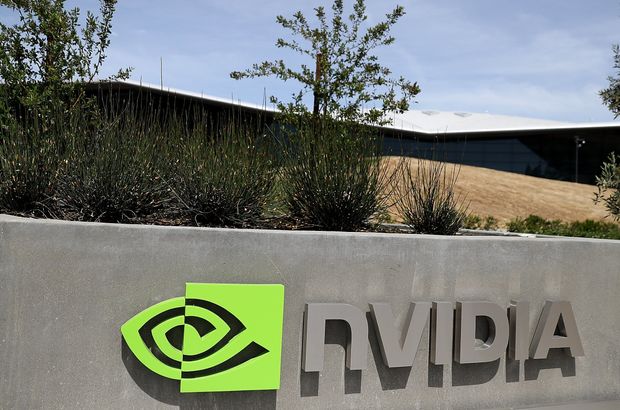 The U.K. government said on September 21 that it is assessing the impact of the sale of Arm to Nvidia, including commitments to maintain its headquarters and workers in Cambridge.

The U.K. government is assessing the impact of Nvidia’s $40 billion takeover of Arm, as pressure for it to intervene and protect the Cambridge-based chip maker grows.

It comes amid a growing backlash against the deal, as shareholders, politicians and industry experts raise concerns over national security, the loss of crucial homegrown technology, and key roles to a foreign buyer.

The Santa Clara, California-based graphics chip giant announced a deal on Sept. 13 to buy Arm from its current owner, SoftBank 9984, +0.49% of Japan, in a move designed to transform the global semiconductor landscape.

Opinion: Nvidia’s deal with Arm paves the path to a trillion-dollar market value

Critics of the deal have warned that Arm’s acquisition by Nvidia NVDA, +2.58%, which recently overtook Intel INTC, +1.21% to become the world’s most valuable chip maker, will place too much dominance in one company’s hands.

The deal still needs to gain approval from regulators in a number of countries, including the U.S., the U.K., and China, and in the European Union.

What has Nvidia promised?

Nvidia has pledged to keep Arm’s headquarters in Cambridge and expand its research and development presence in the English city, including building an artificial intelligence and education center.

It said it will not change Arm’s business model of licensing its designs to customers, and Nvidia has promised to add its own technology to the portfolio of intellectual property that Arm can license.

When SoftBank acquired Arm in 2016, it made legally binding assurances that the headquarters would stay in Cambridge, and to double the company’s U.K workforce over five years.

Read: Nvidia’s deal for Arm could mean a real challenge to Intel and AMD, but is likely to face opposition

But SoftBank’s agreements are due to expire in September 2021. That means that unless Nvidia makes new legally binding promises, its U.S. owner will be able to decide on Arm’s future in the U.K., unless the British government intervenes.

Ed Miliband, shadow business secretary of the opposition Labour Party, welcomed Nvidia’s plan to give legally binding assurances on Arm. But he said they need to be spelt out “urgently” and scrutinized by the government.

Tom Tugendhat, the Conservative chair of the foreign affairs select committee, has also warned that the sale of Arm “raises questions of sovereignty.”

Some critics have raised concerns that if Arm becomes a subdivision of Nvidia, it will fall under regulations of Cfius (the Committee on Foreign Investment in the U.S.). That could expose Arm to escalating tensions between Washington and Beijing.

An editorial in China’s state-backed Global Times on Sept. 15 said the takeover was “disturbing,” and called on global regulators to exercise caution as they considered whether to wave it through.

In August, Hermann Hauser, the co-founder of Arm, described Arm as the “jewel in the crown of British tech” and claimed it would be disastrous for the company to be sold to Nvidia. “It will become one of the Nvidia divisions, and all the decisions will be made in America, no longer in Cambridge,” Hauser told the BBC.

“Arm is the only remaining U.K. technology company, with a dominant position in mobile phone microprocessors. It has a market share of over 95%. The U.K. has suffered from American technology dominance by companies like Google GOOGL, +0.79%, Facebook FB, +0.55%, Amazon AMZN, +1.41%, Netflix NFLX, +0.78%, Apple AAPL, +1.63% and others,” Hauser wrote in an open letter to the Prime Minister.

Can the U.K. government intervene in takeovers?

The government said on Sept. 21 that it is assessing the impact of the sale of Arm to Nvidia, including commitments to maintain its headquarters and workers in Cambridge.

A decision about whether to intervene in the deal would be taken by Oliver Dowden, the secretary of state for digital, culture, media and sport, after considering the relevant information. If Dowden proceeds, it is likely to be on national security grounds, as Arm is a major supplier to the defense industry.

Also: Nvidia deal for Arm could be ‘transformational,’ but many roadblocks lie ahead

Under the Enterprise Act 2002, the U.K. government has the power to intervene in mergers by issuing a Public Interest Intervention Notice, but only for a limited number of reasons, notably national security, media plurality, and stability in the financial system.

In June 2020, a fourth category was added to this list — the ability to combat and mitigate a public health emergency. The measure is designed to allow the intervention where liquidity issues caused by the coronavirus pandemic may have left companies active in, for example vaccine R&D, vulnerable to foreign takeovers.

If the government asks for legally binding assurances from Nvidia, they would be enforced by the Takeover Panel, which governs mergers and acquisitions in the country.

Have we seen this before?

U.K. government interventions are rare. However, there were two significant ones in 2019 — read more.