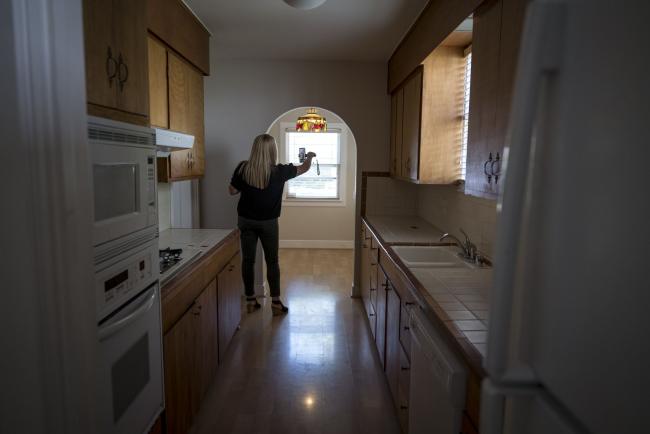 The National Association of Realtors’ index of contract signings to buy previously owned homes surged 8.8% from a month earlier, according to data released Wednesday. Analysts had estimated 3.1%. Compared with 2019, pending sales jumped 24%.

It was the fourth straight monthly gain for the index, which is now at the highest level in records dating back to 2001. The previous high was set in July 2005. The index has surged since taking a hit when the pandemic froze the housing market in March.

Record-low mortgage rates have fueled the housing market in recent months as Americans look for more space to spread out and millennials age into homebuying.

While a flood of mortgage applications shows Americans want to buy homes, the risk is that some won’t qualify for loans will struggle to find properties they can afford. High unemployment also threatens to derail the U.S. economic recovery.

A shortage of homes to buy has propped up prices. Some sellers have been reluctant to list their homes in a shaky economy, while builders are grappling with materials shortages and surging lumber prices that have slowed down new construction.