Home
Market
Siemens Energy has modest debut on Frankfurt stock exchange
Prev Article Next Article
This post was originally published on this sitehttps://i-invdn-com.akamaized.net/trkd-images/LYNXMPEG8R0LO_L.jpg 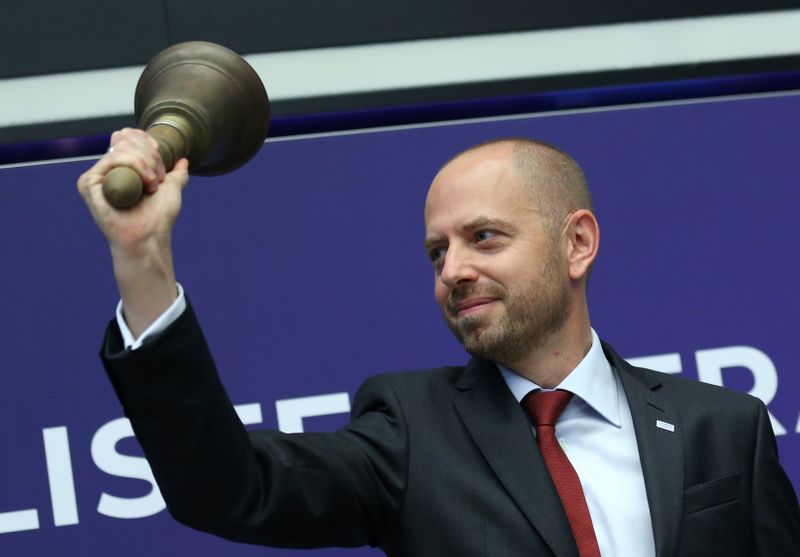 The division, which makes gas turbines and power transmission systems and owns a 67% stake in the world’s second-largest wind turbine maker Siemens Gamesa (MC:SGREN), was spun off from Siemens due to weak profit margins.

Siemens Energy is expecting an adjusted margin of up to 1% in 2020 on earnings before interest, tax and amortisation before special items, owing to the coronavirus crisis and problems at its onshore wind turbine business.

That is to grow to between 6.5% and 8.5% in 2023, helped by more than 1.3 billion euros of cost cuts that a source said will include the shutdown of some of the group’s production plants.

Siemens Energy, which competes with General Electric (N:GE) and Mitsubishi Heavy Industries (T:7011), expects sales to fall by as much as 1.4 billion euros to 27.4 billion euros this year, before growing again in a range of 2-12% in 2021.

Siemens AG (OTC:SIEGY) has initially spun off 55% of Siemens Energy to shareholders but plans to reduce its direct stake of 35.1% significantly within 12-18 months of the listing. The Siemens pension fund owns 9.9% in Siemens Energy.

Siemens will keep a stake of around 25% in Siemens Energy, a person familiar with the matter said, giving it the power to block unwanted takeover attempts. It could keep that blocking minority for at least five years, the source said.