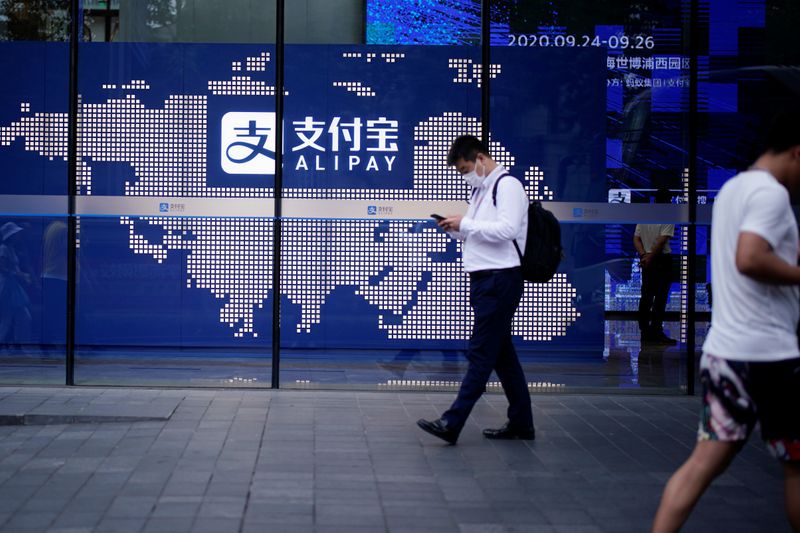 Alibaba Group’s (N:BABA) fintech arm Ant Group aims to raise about $35 billion in a dual listing in Hong Kong and Shanghai’s STAR Market, expected in October, in what could become the world’s largest IPO.

Two of the five new funds launched on Friday to give Chinese retail investors access to strategic stakes in Ant’s IPO had already reached their fundraising target and stopped accepting new investments, their fund managers said.

The five funds are targeting a combined 60 billion yuan ($8.80 billion), with each fund aiming to raise up to 12 billion yuan over a two-week subscription period.

The early interest shows appetite for Chinese tech shares remains strong despite recent stock market corrections. It also comes at a time when the U.S. administration is cracking down on Chinese tech firms on national security grounds.

Retail investors could buy into the five funds directly or through Ant’s online payment platform Alipay. The funds will then use up to 10% of the money to buy Ant shares.

As of lunch time on Monday, an advertisement on Alipay promoting the new funds attracted attention from over six million retail investors, according to Alipay data.

But some were reluctant to become strategic investors in Ant due to the 18-month commitment it entails.

“It’s ok to subscribe to new shares of Ant, but we dare not hold the stock for 18 months given the uncertainties brought by a second wave of coronavirus infections globally,” said Zhang Chengyu, vice general manager of Beijing-based Shiji Hongfan Asset Management Co.