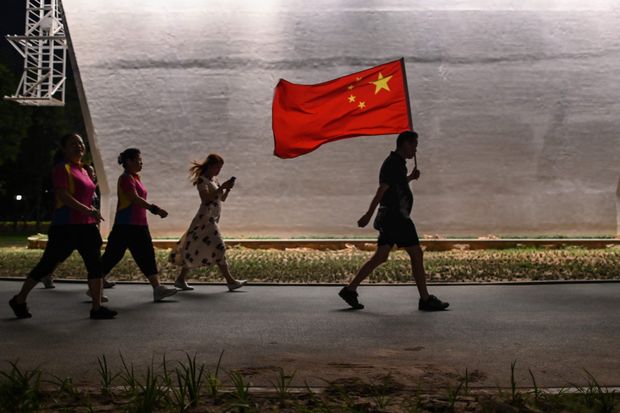 In this photo taken on September 4, 2020, a man walks with the Chinese national flag in a park next to the Yangtze River in Wuhan, China’s central Hubei province.

FTSE Russell is set to add Chinese government debt to its key indexes, a move that could attract more than $100 billion of foreign capital.

The inclusion will push China’s markets further into the mainstream for international investors—even as investing in Chinese assets becomes increasingly politically controversial in the U.S. amid broader tensions between the two nations over issues from trade and technology to the coronavirus.