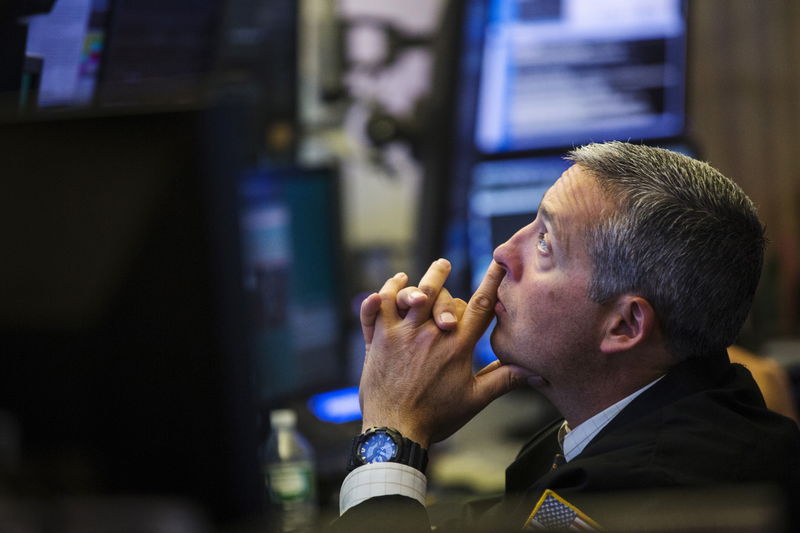 Investing.com – The Dow ended higher Thursday, but investors had to contend with topsy-turvy trading as markets struggled for direction.

The rally in tech lost some steam as Apple (NASDAQ:AAPL) and Microsoft (NASDAQ:MSFT) eased from session highs, though both were up 1%. Amazon (NASDAQ:AMZN) and Alphabet (NASDAQ:GOOGL) were roughly unchanged. Facebook (NASDAQ:FB) was flat.

Investor sentiment on stocks was also boosted by signs U.S. lawmakers are still seeking to get a deal done on further stimulus before the election.

Treasury Secretary Steven Mnuchin reportedly plans to resume talks with House Speaker Nancy Pelosi to iron out differences on a fresh round of stimulus to boost the economy. The Democrats are preparing a $2.4 trillion package that would include unemployment benefits, small business loans, and support for airlines, CNBC reported. The bill could be voted on as early as next week.

Sectors tied to the progress of the economy such as industrials and financials also found their footing.

JPMorgan Chase (NYSE:JPM), Citigroup (NYSE:C) and Wells Fargo (NYSE:WFC) all traded higher, with the latter up more than 2%.

On the economic front, the latest jobs data showed an expected rise in weekly jobless claims, but analysts played down the importance of the headline number.

The Labor Department reported that 870,000 people filed for unemployment insurance in the week ended Sept. 19, up from the prior week’s 866,000 and above economists’ forecasts of 840,000.

In other news, Nikola (NASDAQ:NKLA) fell 10% after Wedbush downgraded the stock to underperform from neutral, and lowered its price target on the stock to $15 from $45, citing “significantly heightened” execution risks. The downgrade comes in the wake of founder Trevor Milton’s departure from the company.