Home
Market
Costco beats estimates on pandemic boost
Prev Article Next Article
This post was originally published on this sitehttps://i-invdn-com.akamaized.net/trkd-images/LYNXNPEG8N202_L.jpg 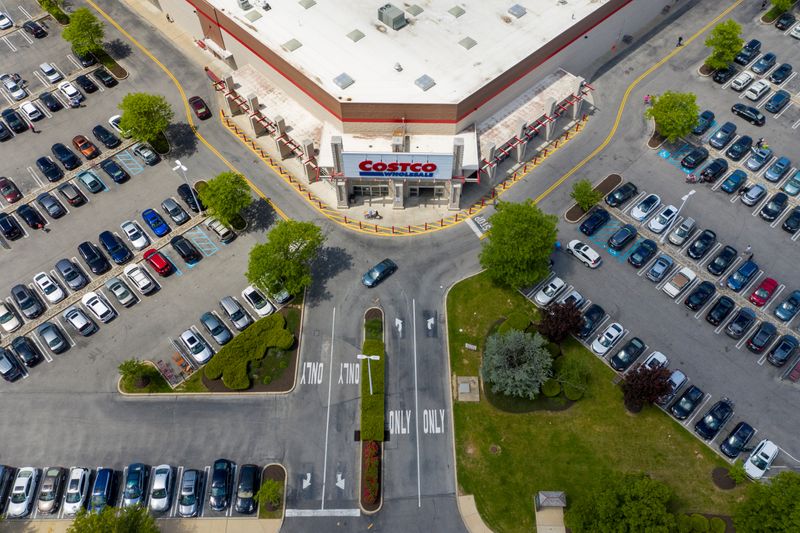 Walmart Inc (N:WMT), Target Corp (N:TGT) and other U.S. retailers have seen a surge in demand for video games and home decor as some Americans use their stimulus checks to buy non-essential items.

Traffic at Costco stores also ticked up in the fourth quarter ended Aug. 30, after declining as much as about 20% in April, as government-imposed coronavirus restrictions eased and it brought back food samples.

Revenue from memberships, which range between $60 and $120 per year and account for most of Costco’s gross margin, rose to $1.11 billion from $1.05 billion.

Total revenue rose 12.4% to $53.38 billion, exceeding the average expectation of $52.08 billion, according to IBES data from Refinitiv.

The company recorded $281 million in COVID-19-related costs as it spent more on employee bonuses and sanitation.

It had earlier projected COVID-19-related costs to exceed $100 million, but had said they would be lower than the $283 million recorded in the third quarter.

Shares of Issaquah, Washington-based Costco, which have gained about 18% this year, were down 2% in extended trading.