Home
Stocks
: Filling out your U.S. census form could win you $10,000 in cash, an electric car or a quinceañera party
Prev Article Next Article
This post was originally published on this site 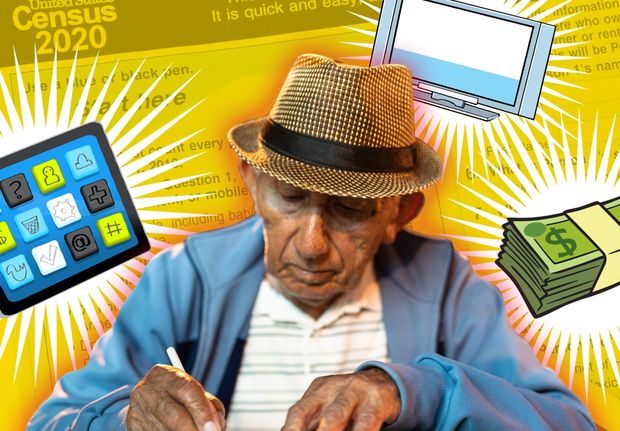 Some local organizations are tempting people with monetary prizes to encourage them to fill out their U.S. Census form.

An electric car, $10,000 in cash, a cruise vacation — they’re not prizes on a TV game show; they’re rewards people can win for filling out their 2020 U.S. census form.

With just days left to complete this year’s census, some community groups and municipalities are running contests offering money and other prizes to drum up participation in the once-a-decade national head count, which determines big questions like where to draw congressional districts, and smaller ones like where to put a new McDonald’s MCD, +0.54% restaurant.

One national campaign is giving away five chances to win $10,000. Entrants must submit a confirmation code to prove they’ve filled out their census form, and winners are scheduled to be announced during a Facebook FB, +0.03% Live event on Oct. 1. Two nonprofit groups launched the campaign, called Futuro Hispano, “to make sure that the Hispanic community has the representation it deserves.”

“ ‘The census is about money and power for Black and Brown communities, which have a long history of being undercounted in the census, which determines our rightful share of billions in federal funding and representation at every level of government.’ ”

In Tolleson, Ariz., a town with a population of 7,200 outside of Phoenix, residents age 18 and over can compete for a chance to win a 2016 Nissan Leaf electric car with 32,000 miles and an estimated value of $12,000. Catholic Charities of Idaho has been holding drawings for $50 gift cards. In Albany, Ga., a few lucky census participants have won a $500 credit on their utility bills. In Chicago, there’s a giveaway with a free quinceañera party as the prize, and in North Dakota, the Turtle Mountain Band of Chippewa Indians handed out iPads and grocery-store gift cards.

In New York City, some census participants got $1,000 gift cards for the food-delivery app Seamless. Officials cast the census as a tool to fight systemic racism, noting on the NYC Census 2020 website, “The census is about money and power for Black and Brown communities, which have a long history of being undercounted in the census, which determines our rightful share of billions in federal funding and representation at every level of government.”

The U.S. Census Bureau itself does not provide incentives for participation, said bureau spokeswoman Leslie Rene Malone. But the agency has about 400,000 partners across the country — including nonprofits, businesses and local governments — that work to improve response rates and sometimes use raffles, giveaways and other monetary incentives to do so.

“ ‘It has definitely generated extra enthusiasm for census participation in these areas.’ ”

— Kenneth Boswell, director of the Alabama Department of Economic and Community Affairs, on the Census Bowl tournament

A county vs. county tournament for school funding in Alabama

In Alabama, counties are competing against one another in the Census Bowl, a four-week tournament. The winning county will get $65,000 in grants to spend in public schools, as well as “bragging rights for 10 years,”  said Kenneth Boswell, the director of the Alabama Department of Economic and Community Affairs and chairman of the Alabama Counts 2020 Census Committee. Counties that finish in the “elite eight” will receive grants ranging from $30,000 to $45,000.

“The reaction has been very positive,” Boswell said. “It has definitely generated extra enthusiasm for census participation in these areas.”

This is the first time Alabama officials have run a contest to encourage census participation. They came up with the Census Bowl in part because the COVID-19 pandemic “limited our ability to get out on the road for in-person outreach and events,” Boswell said.

It’s been a tough year for the census

These monetary incentives could prove crucial this year, which has been a rocky one for the census. The count starts every 10 years on April 1, but the U.S. was then in the grip of the early stages of the pandemic, and public attention and resources were directed elsewhere. Even before counting began, there were fears that some groups, particularly Latino immigrants, would avoid filling out the census after President Donald Trump tried unsuccessfully to add a question about citizenship status.

The counting process was further stymied when the Trump administration said it must end early, on Sept. 30, an order that’s now being contested in federal court.

As of this week, 95% of households had been counted, according to the Census Bureau. But census scholar William Frey, a demographer and senior fellow at the left-leaning Brookings Institution, recently told Politico that this year’s count “has a pretty good chance of being the least accurate” in modern times.

“ ‘I’m not supposed to drive without a driver’s license; I’m supposed to show up for jury duty. It’s that kind of civic obligation.’ ”

— Margo Anderson, author of ‘The American Census: A Social History’

‘It doesn’t make any sense to me’

All the prizes and giveaways are puzzling to census scholar Margo Anderson, the author of “The American Census: A Social History.” Census participation has been mandatory since 1790, she noted. People who fail to participate or give false answers can be fined up to $5,000, though prosecutions are rare.

“It doesn’t make any sense to me” to pay people to participate in the census, she said. “I’m not supposed to drive without a driver’s license; I’m supposed to show up for jury duty. It’s that kind of civic obligation.” She suggested that to some observers, offering monetary incentives could impinge on the sense of fairness that’s supposed to drive the census.

“You’re supposed to count everybody in the country once and only once and in the right place,” Anderson said. “But there shouldn’t be preferential treatment. It’s designed to be fair to everyone.”

‘People need to know who we are’

In the Rio Grande Valley in southern Texas, local officials are pulling out all the stops with prizes including a seven-day cruise vacation, a four-night stay at any U.S. Holiday Inn IHG, +2.15% resort, HD TVs, and autographed guitars and accordions. Participants will also get the chance to win one of the $10,000 cash prizes from Futuro Hispano. The centerpiece of the campaign will be a Sept. 24 telethon with performances by Mexican musicians including Ramón Ayala and Alex Lora. 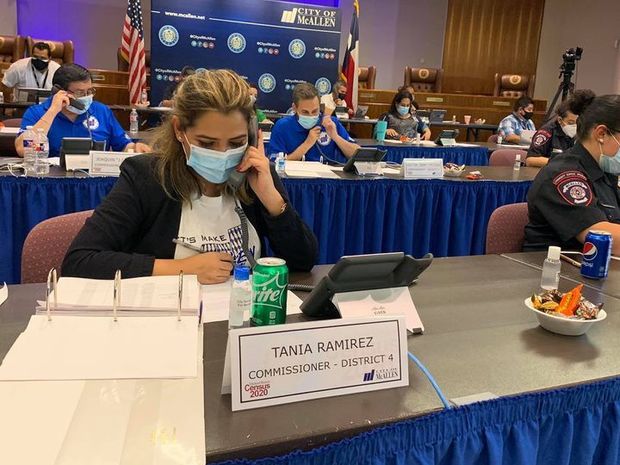 Tania Rodriguez, a city commissioner in McAllen, Texas, at a socially distant phone banking event to encourage participation in the 2020 census in the Rio Grande Valley in South Texas. Local governments are giving away prizes, including $10,000 in cash, to get people to fill out their census form.

Photo courtesy of City of McAllen

“Down here, we have a large population of Latinos and we’re not accustomed to filling out forms,” said Tania Ramirez, a 31-year-old city commissioner and lawyer in McAllen, Texas. “There’s kind of like a distrust in the culture.”

To mobilize support for the census, Ramirez and others came up with the idea of a telethon, which is popular in Mexico and “rings a bell in our hearts,” Ramirez said. The incentives appear to be having an impact: Ramirez said her own mother was inspired to fill out her census form for the first time after 30 years in the U.S.

The area was hit by flooding after Hurricane Hanna, and Ramirez has been telling her constituents that an accurate census will help address problems like inadequate infrastructure.

“We’re one of the fastest-growing economies right now,” Ramirez said. “People need to know who we are. The way they can do that is if they see the numbers and know how many people are here in the Rio Grande Valley.”