Home
Stocks
: ‘Tesla’ of e-bikes sets sights on an IPO as it brings in another $40 million in venture capital funding
Prev Article Next Article 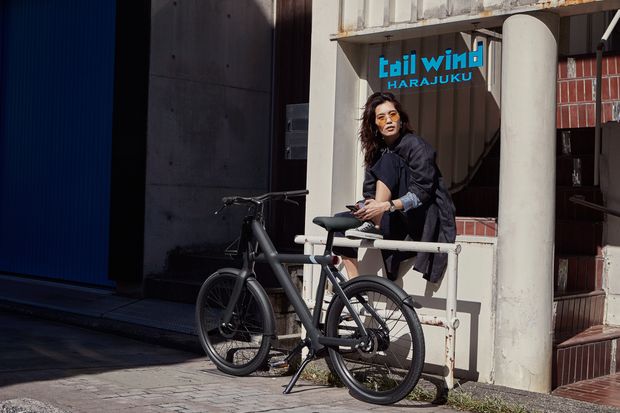 The urban mobility transition to e-bikes has been in the works for years, but the coronavirus pandemic has poured rocket fuel on that growth.

Investment in Dutch e-bike company VanMoof has more than doubled with a new $40 million in funding, as venture capitalists look to cash in on the e-bike boom and the long-term viability of the sector.

The Amsterdam-based company announced the new funding on Wednesday, taking its total investment to $73 million after the second round of funding in four months. VanMoof’s co-founder Taco Carlier told MarketWatch that the funding was a “game-changer” and that the company has ambitions to list publicly.

E-bike startups are capturing venture capital attention as they race to meet a surge in consumer demand brought on by the coronavirus pandemic.

The urban mobility transition to e-bikes has been in the works for years, but the pandemic has poured rocket fuel on that growth. A 2019 report from Deloitte estimated that the number of e-bikes on the road would increase by 50% by 2023 to 300 million. A spokesperson for VanMoof said that the company believes five to 10 years of progress in mainstreaming e-bikes has been compressed to just six months.

New attention on e-bikes comes as the coronavirus pandemic has put intense global attention on transportation alternatives to crowded public transit. VanMoof reported 220% revenue growth during the worldwide lockdown period, as it established itself as one of the fastest-growing companies of its kind. The Amsterdam-based company expects revenue of $100 million in 2020, which would be a 10-fold increase in just two years.

According to data from PitchBook, European venture capitalists poured $165 million into e-bikes in 2019 and 2020, more than the previous four years combined. The new interest in VanMoof pushes that figure above $200 million.

Also read: Here are the companies set for growth from the boom in demand for e-bikes

The $40 million investment, secured at the end of August and announced on Wednesday, was made by Norwest Venture Partners, Felix Capital and Balderton Capital. It comes just months after the $13.5 million first round of funding announced in April. With seed funding and crowdfunding, it has now raised $73 million.

Founded in 2009 by brothers Taco and Ties Carlier, VanMoof and its investors are making a big bet on demand for e-bikes sustaining through the coronavirus pandemic. “E-bikes are the fastest way to move around modern cities,” Carlier said, adding that he is “completely convinced there will be more” on the other side of the pandemic.

“We need young people with a good income, with a new mind-set that don’t want to own cars any more,” Carlier said.

Along with innovating e-bikes themselves, the company’s vision is to reinvent an industry business model centered on independent bicycle shops to a direct-to-consumer relationship in both sales and service.

Carlier called this the “Tesla model,” and said that as a hardware company looking to build an ecosystem his company is “inspired by Apple AAPL, +0.16% and Tesla TSLA, +7.18%. ”

As well as supporting production to meet demand, the $40 million will primarily go toward building out a support ecosystem, including global servicing networks, app support, and customer support.

The focus in the immediate future is on growth to meet rising demand, and Carlier said the company has “no plan to become profitable this year or next year” as it focuses on expanding.

New growth in the U.S. has made America its third largest market and focus for growth, with stores in Brooklyn, San Francisco and Seattle. VanMoof plans to open “pop-up” stores in spring 2021 in cities like Austin, Chicago, Washington, D.C., Los Angeles, and Portland.

Most of its buyers are in Germany, followed by the Netherlands, with the U.K., France, and Japan being important markets. It is eyeing Canada, Israel, Mexico, Australia, New Zealand, and South Korea as new countries to break into in the medium term.

While venture capitalists are the ones getting a piece of the action right now, Carlier said that an initial public offering is “the most logical scenario for us” in three to four years.