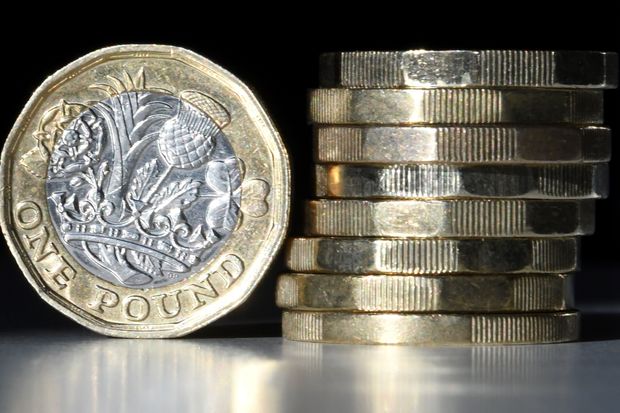 A stronger pound works against the London index, as many listed multinational corporations earn revenue overseas, and that currency strength makes their goods less competitive.

London stocks sank into the red on Wednesday, as inflation fell to the lowest level in nearly five years and the pound surged on dollar weakness. One bright spot was a sparkling initial public offering for The Hut Group.

The FTSE 100 index UKX, -0.44% dropped 0.6% to 6,067.72, while sterling GBPUSD, +0.71% rose 0.8% against the dollar to $1.2992. A stronger pound works against the London index, as many listed multinational corporations earn revenue overseas, and that currency strength makes their goods less competitive.

Investors were waiting for the outcome of the Federal Open Market Committee and a press conference with Chairman Jerome Powell, which will all take place after the close of European markets.

The U.K. had its own data to contend with ahead of a Bank of England Monetary Policy Committee meeting on Thursday. Consumer prices collapsed to an annual 0.2% for August from 1% in July, a move that was largely due to temporary factors, such as programs to subsidize the cost of restaurant meals.

But it will keep the bank even further away from achieving its official 2% target. Data released on Tuesday showed the U.K. labor market deteriorating even further.

Elsewhere, signs of an economy that is struggling were evident as British Airways boss Álex Cruz told lawmakers the airline’s job losses due to the pandemic would total around 10,000. That figure is lower than the ‘up to 12,000’ previously proposed, but Cruz admitted the airline was still in a fight for its survival. Shares of parent International Consolidated Airlines Group IAG, -0.90% dropped 1%.

On the upside, shares in The Hut Group soared more than 30% in the online health and beauty retailer’s first day of trading on Wednesday, and it became the U.K.’s biggest ever technology initial public offering.