Home
Stocks
The Margin: ‘It disgusts me’: CNBC’s Jim Cramer facing backlash after using Trump nickname for Nancy Pelosi
Prev Article Next Article
This post was originally published on this site 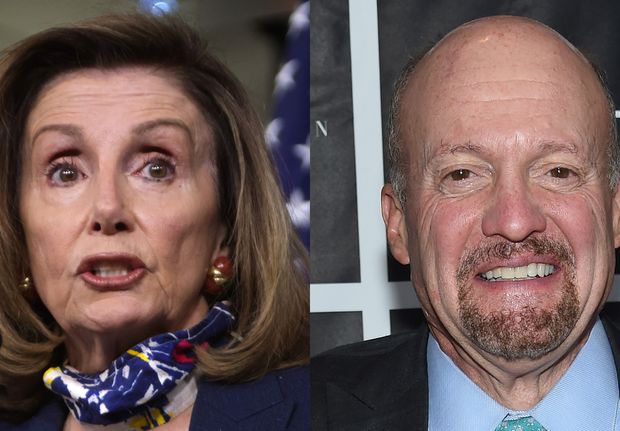 CNBC’s “Mad Money” host Jim Cramer took a page from President Donald Trump’s name-calling book on Tuesday when he referred to House Speaker Nancy Pelosi as “Crazy Nancy” in a discussion about the stalled talks over a new round of coronavirus relief measures.

Sound familiar? By now, it should:

Cramer, perhaps sensing his comment wouldn’t go over well, quickly apologized, saying, “Sorry, that was the president… I have such reverence for the office, I would never use that term.”

Pelosi immediately fired back, “But you just did,” before opting for the high road by acknowledging that she understood what he meant.

“You know I was being facetious,” Cramer continued. “I respect you. Anyone who gives their life to public service and is speaker of the House should not be called that name.”

Pelosi, third in line to the presidency, told Cramer not to worry about it and to “let that be your biggest problem of the day.” Here’s the exchange:

While Pelosi was wiling to let it go and move on with the interview — though she did hammer Trump — the internet, of course, did not.

As the backlash mounted, Cramer took to Twitter TWTR, +0.07% to address it:

Apparently, he was just getting warmed up, as the tweets piled up: