Home
Stocks
Weekend Sip: Try this vermouth for your next ‘quarantini’
Prev Article Next Article
This post was originally published on this site 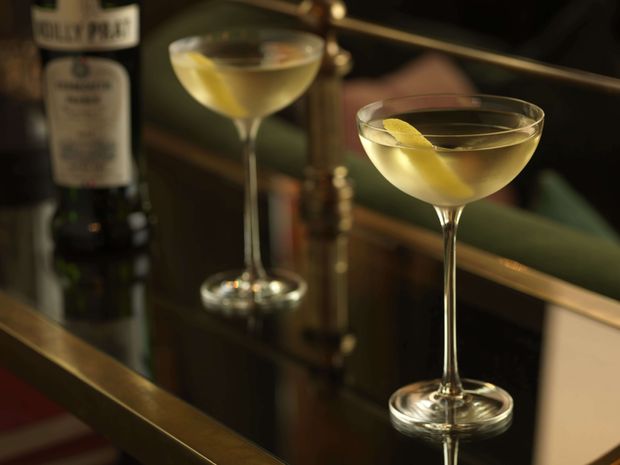 In once describing the perfect martini, chef Jamie Oliver said: ‘For the vermouth, accept no alternative; it has to be Noilly Prat Original Dry.’

The back story: If the pandemic still has you drinking a nightly “quarantini,” it may be time to up your vermouth game. Which brings us to Noilly Prat, a French-made vermouth that has counted among its fans such celebrated chefs as Julia Child and Jamie Oliver. In once describing the perfect martini, Oliver said: “For the vermouth, accept no alternative; it has to be Noilly Prat Original Dry.”

So, what makes Noilly Prat so singular and special? First, there’s history: The brand goes back more than 200 years, created by one Joseph Noilly, a spirits-business entrepreneur. (The brand was acquired by Martini & Rossi, the Italian beverage giant also known for its own vermouth, in 1977.) But Noilly Prat executives also say the brand’s secret recipe — vermouth is typically made from wine and spices — gives it a distinct edge, as does the fact the sip is produced near the sea using a special outdoor aging process. The exposure to the sea breeze, the sun and the rain is critical, the Noilly Prat team says, to developing “very unique flavors.”

The brand is in the spotlight again because it has new packaging. The new label honors the brand’s heritage, displaying the year 1813, which is when Noilly started his business. The physical bottle is now also sourced from a nearby supplier in France, which the brand says will help it reduce its carbon footprint.

And speaking of the quarantini, sippers indeed seem to be turning to Noilly Prat of late. Monthly sales are up 9% since April compared to the months leading up to the pandemic, the brand says.

What we think about them: Noilly Prat is more than just an old, reliable name in vermouth. The Extra Dry (as opposed to the Original Dry) is the brand’s most popular variety in America — and for good reason. It’s both delicate and dry, a refined vermouth with a beguiling mix of spices (the brand notes that the recipe includes bitter oranges from Tunisia and nutmeg from Indonesia). And while we’re not sure if the Noilly red (or “Rouge”) vermouth can compete with some of our Italian red favorites, it is still a solid offering.

How to enjoy them: Drinkers turn to vermouth when making a martini, of course. And there’s nothing wrong with that. But we say a good vermouth stands on its own as a quality aperitif — and Noilly Prat’s vermouths certainly do that (have them chilled or with ice, perhaps with a twist of lemon). Or if you must go the martini route with Noilly, consider Julia Child’s favorite version of the cocktail — an upside-down martini, with more vermouth than gin.