Home
Stocks
: Scammed student sues Navient, asking for cancellation of debt he took on to attend for-profit college
Prev Article Next Article
This post was originally published on this site 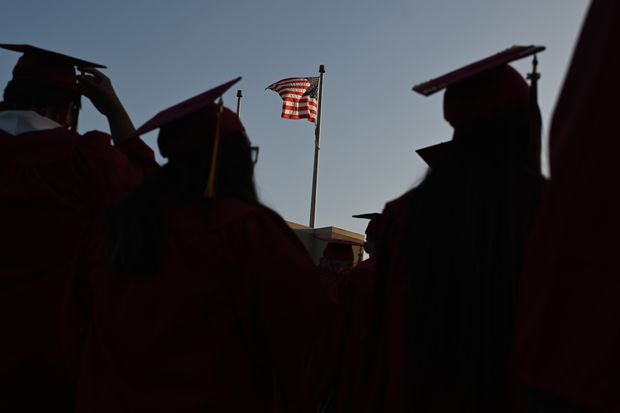 For roughly a decade, Jorge Villalba has been contending with student debt that he believes — and the government has confirmed — he was illegally misled into borrowing.

Villalba, 39, attended ITT Technical Institutes, a major for-profit college chain, from 2006 to 2010. Just six years after he graduated, ITT filed for bankruptcy, amid allegations the school used misleading job placement and graduation rates to convince students to sign up for classes and take on the loans that would pay for them.

Those are tactics Villalba said he experienced first hand. When he visited a California ITT campus for a tour, he heard about the school’s robust career services and relationships with the types of major companies where he hoped to work in animation following graduation.

“They promised me that I was going to graduate pretty much with a job,” Villalba said. “Then I was without work for a year.” Compounding those challenges were Villalba’s student loans. He’d borrowed about $50,000 in federal student debt and $43,000 in private loans. The federal government was convinced Villalba had been illegally lured into taking on his debt. In 2017, the feds cancelled the student loans he owed to the government.

That felt like progress, Villalba said, but it still didn’t eliminate the burden of the student debt he took on to attend ITT. Villalba and his mother, who co-signed on his private student loans, are still facing collection activity on what has grown to $69,000 in private student loan debt. Villalba already struggled to balance the loan payments with other financial priorities, like housing and expenses for his children. Since Villalba graduated from ITT, he hasn’t been able to land the lucrative job he was promised by the school — in some cases, he said, losing out on opportunities because of the reputation of his degree.

The pandemic has only heighted those challenges. Villalba lost his job as a graphic designer in March. He’s looking for work and worries that his ITT diploma is costing him again.

“The school committed a crime, it committed fraud,” Villalba said. If the federal loans were discharged because the government “realized that it was fraud,” then the private loans “should be in the same situation,” he said.

Lawsuit alleges Villalba has the right to seek debt cancellation

Now Villalba is suing Navient NAVI, -2.48%, which currently holds his private student loans, and Sallie Mae SLM, -1.32%, the company’s corporate predecessor, accusing the firms of collecting on debt that’s invalid. In addition, the lawsuit filed on behalf of Villalba by Harvard Law School’s Project on Predatory Student Lending, alleges that the company misled Villalba, telling him he couldn’t seek cancellation of the debt, even though he has a legal right to do so.

The claim rests on the Federal Trade Commission’s “Holder Rule,”  which requires that loans created by a merchant or through a creditor’s relationship with a merchant, include a provision that allows a borrower to raise the same claims and defenses against the creditor that they could raise against the merchant. The idea behind the provision is to prevent merchants from selling a bogus product and trying to collect payment on it through a financing mechanism. In addition, the rule is meant to prevent creditors from profiting off nefarious activity by merchants.

Villalba’s private student loan contracts included or should have included the Holder Rule, the suit alleges.

“Fraud is fraud,” said Victoria Roytenberg, a senior attorney at the Project on Predatory Student Lending, who is representing Villalba. “There has to be a way for these predatory, private student loans that are left over from these predatory, fraudulent schools to be cancelled and borrowers should not be stuck with them.”

Thursday’s lawsuit against a traditional private lender represents a new front in the battle over loans incurred by thousands of students who attended for-profit colleges accused of fraud. Activists and attorneys have fought for years to highlight and protect borrowers’ rights to have their federal student loans cancelled in cases where they’ve been misled.

But even borrowers who successfully have their federal student loans discharged are often still contending with private student loan debt. Thursday’s suit may be one of the first challenging the validity of those loans.

Borrowers, activists and attorneys have been pushing for years to secure scammed students’ right to debt cancellation

Since the 1990s, borrowers have had the right to have their federal student loans cancelled in cases where their schools engaged in fraud. But the rule, known as “borrower defense to repayment,” was rarely used for more than a decade. In the wake of the 2015 collapse of Corinthian Colleges, a for-profit college chain accused of misleading borrowers, and the 2016 fall of ITT, thousands of borrowers, organized by activists, clamored for relief under the law.

Amid that pressure, the Obama administration outlined a streamlined process for victims of fraud to apply to have their debt cancelled. But attorneys, including those at the Project on Predatory Lending, have often had to wage battles in court to ensure borrowers actually receive relief — efforts that have ramped up during the Trump administration.

The Trump-era Department of Education has pushed to narrow the scope of the borrower defense rule. In some cases, borrowers who have applied for relief have received responses from the agency acknowledging that they were victims of fraud, but still not cancelling their debt.

At the same time that attorneys and activists have worked to protect the right of borrowers to have their federal loans cancelled, the Consumer Financial Protection Bureau and state law enforcement officials have secured debt cancellation for borrowers with certain types of private student debt. In these cases, including one involving ITT, the loans were typically held by a lender that worked closely with the school to develop essentially a custom loan program.

Traditional private student lenders helped to fuel the growth of for-profit colleges, Roytenberg said. In the lead up to the Great Recession, private lenders would loan money to students to attend these schools — in some cases packaging the loans and selling them to investors — often with little regard as to whether students would be able to repay them.

For for-profit colleges, these private loans were key to their growth. To maintain access to the government’s student loan program, for-profit colleges must earn at least 10% of their revenue from a source other than federal financial aid.

Sallie Mae, a portion of which later became Navient, allegedly offered subprime private loans as part of broader loan packages to schools as a way to gain access to their lucrative federal student loan volume, according to a lawsuit filed against the company by the State of Illinois.

Private loan companies “aided in accomplishing the goal of the schools to get as many students in their doors as possible,”  Roytenberg said. “Student borrowers shouldn’t be stuck with private loans from predatory for-profit schools.”