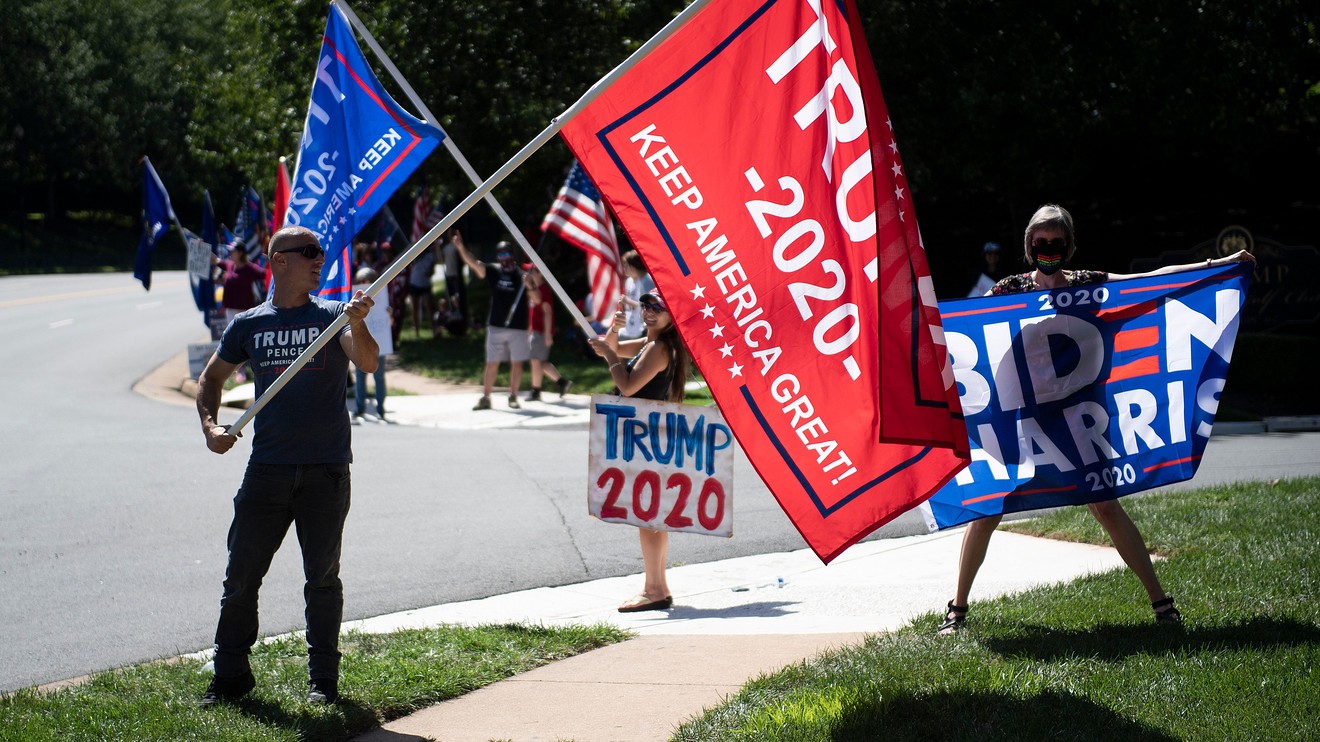 While swing-states polling and betting markets suggest a victory for Democratic challenger Joe Biden on Nov. 3, one analyst is envisioning how President Donald Trump could score a surprise win like he did in 2016.

Beacon Policy Advisors analyst Ben Koltun has laid out how Trump could get re-elected in a note to clients, touching on the potential for encouraging economic data and positive developments in the fight against the coronavirus pandemic.

“The optimistic case for Trump over the next few weeks goes something like this,” he wrote in the Thursday note.

“The economy continues to improve with voters feeling better about their economic future. Trump heralds a big Q3 GDP figure and the unemployment rate continues to drop. At the same time, COVID-19 begins to get under control and any re-emergence in the Fall is at a far lower rate than expected. The October surprise is Trump’s announcement of a viable vaccine that can soon begin distribution, with Dr. Anthony Fauci and other scientists and doctors with bipartisan credentials backing up Trump’s claim of its viability.”

Related:Fauci tells Americans to ‘hunker down’ this fall and winter

And see:Fauci says coronavirus vaccine more likely in 2021, not 2020

The take from the Beacon analyst follows a JPMorgan Chase team’s note last week that said “momentum in favor of Trump will continue, while most investors SPX, +0.05%   DJIA, +0.47%  are still positioned for a Biden win.”

Koltun said Trump also could improve his chances if the president “cleans Biden’s clock” in their first debate on Sept. 29. The analyst then said it’s possible that Trump “loses the popular vote by 3.5 points (despite the polls showing Biden ahead nationally by five),” but he is able to “squeak out a victory” and even gain more electoral votes than he did four years ago.

“This optimistic case for Trump is certainly not out of the realm of possibility,” he added. “Yet, without a Phase Four fiscal deal emerging in Congress, the recent snag in vaccine trials, Trump reportedly not preparing all that much for the debates, and the focus remaining on Trump more than Biden, the optimism for Trump begins to wilt.”

Also read:‘I didn’t lie’ — Trump spars with reporters over playing down the coronavirus

Biden has an edge of almost 4 percentage points over the Republican incumbent in a RealClearPolitics moving average of polls focused on top swing states that are likely to decide the White House race. Betting markets are giving the former vice president a 53% chance of winning vs. Trump’s 46.2%.