Home
Stocks
The Tell: The only path to a sharply higher stock market ‘is a bubble like the late 1920s and 1990s’, says analyst who called rally off March lows
Prev Article Next Article
This post was originally published on this site 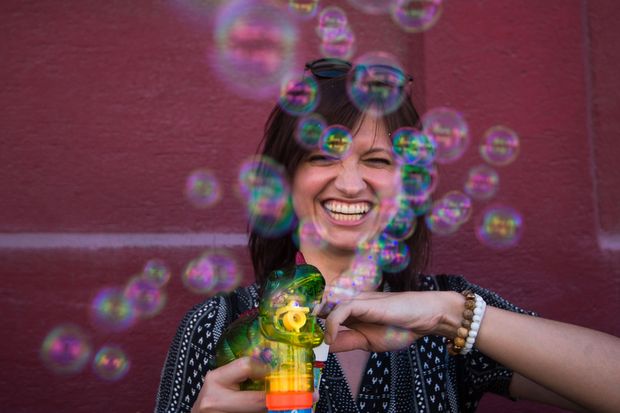 A “greater fool” stock market might be at hand if a popular valuation measure continues to press higher, potentially kicking off another bubble to rival the late 1920s and 1990s, warned a Wall Street veteran who called the market’s rally off the March lows.

Barry Bannister, head of institutional equity strategy at Stifel, noted that the cyclically adjusted price-to-earnings, or CAPE, ratio was at or near levels last seen in the final two years of the 1920s and 1990s rallies. The CAPE ratio, devised by Nobel laureate economist Robert Shiller, measures the price of the S&P 500 SPX, -1.58% divided by average corporate earnings over the previous decade. By taking such a long view, its proponents argue that it smooths out cyclical variations and gives a better view of where valuations stand versus history.

Related: Tech stocks and the rest of the market are very expensive — but for 2 ‘completely different reasons’

“ If CAPE does break out, the building (and inevitable bursting) of a bubble could make the market a ‘greater fool game’ challenge in the near-term and a modest return vehicle longer term, dashing the optimism of investors,” Bannister said, in a Friday note, highlighting the meager market returns in the years following previous bubble bursts (see chart below). 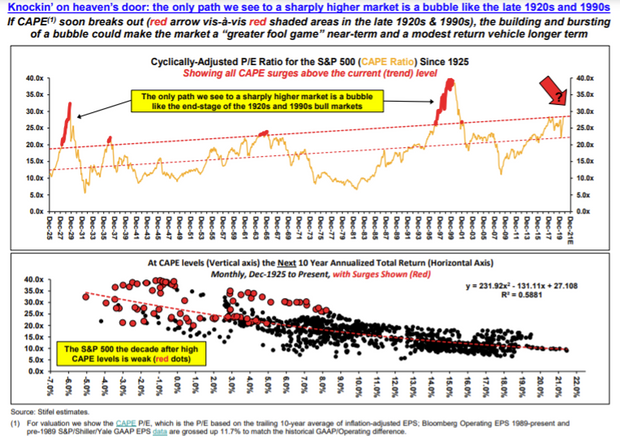 The “greater fool theory” is used to describe bubbly markets in which investors buy assets regardless of the underlying fundamentals, confident they can sell them on later at a higher price to an even “greater fool.”

With the Federal Reserve moving to hold down bond yields, the equity risk premium — the added return over risk-free Treasurys demanded by investors to hold riskier equities — is under pressure. Past peaks by the S&P 500 index over the past 100 years have coincided with bottoms in the equity risk premium, Bannister said, noting rallies have been driven as investors are willing to shell out more for each dollar of earnings — expanding the P/E multiple.

If the Fed can continue to hold down 10-year real yields, the S&P 500 could soar, Bannister said.

But after the peak comes the pain. Bannister pointed back to the fate of the tech-concentrated Nasdaq-100 NDX, -2.62% following the burst of the tech bubble in 2000 and to the stocks in the so-called Nifty 50 — the group of large-cap stocks that helped propel the bull market of the late 1960s and early 1970s — only to be dogged by underperformance in the following decade.

While the Nifty 50 continued to post superior earnings per share growth between 1972 and 1982, that was offset by a decline in the price-to-earnings ratio, or P/E compression, in which investors pay less per dollar of earnings. Likewise, the Nasdaq-100 suffered a painful unwind in the 10 years after the 2000 peak as its P/E ratio fell more than earnings per share grew, Bannister said (see chart below). 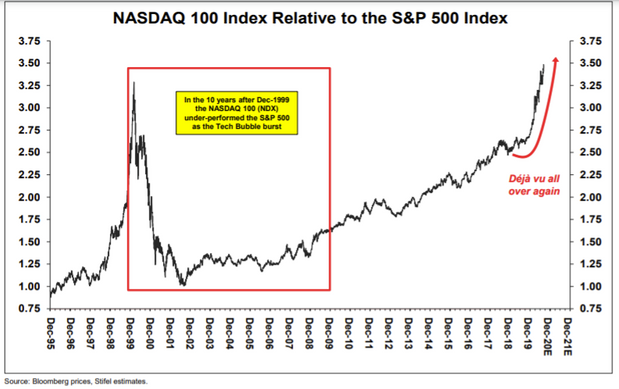 Tech stocks were leading another round of heavy losses on Wall Street Friday, a day after major benchmarks suffered their biggest one-day drop since June.

A sharp run-up by large-cap tech stocks and other momentum-driven megacap names had helped drive the Nasdaq Composite COMP, -2.51% to a nearly 30% yearly advance and a more than 70% rise from March’s pandemic-induced stock market bottom, while the S&P 500 returned to record territory last month, with gains driven by tech and other popular sectors.

Bannister called for stocks to bounce back aggressively just before the S&P 500 notched its March 23 low. But he had warned on Aug. 7 that the market had likely overshot, fueled by a surge in liquidity and low real yields, which have driven “an extraordinary P/E-led bull market” off the March low.

Bannister, in his Friday note, observed that investors have drawn distinctions between the recent tech-led run-up in stocks and the dot-com bubble, underlining much sounder earnings fundamentals for today’s tech giants.

But Bannister argued that “price and fundamentals are separate issues.”

Despite the perception of sounder tech fundamentals now, “the price pattern is exactly the same: an ‘ascending curve,’ with all the attendant risk and reward,” he said.