Home
Stocks
Europe Markets: European stocks continue recovery as banks get left behind
Prev Article Next Article
This post was originally published on this site 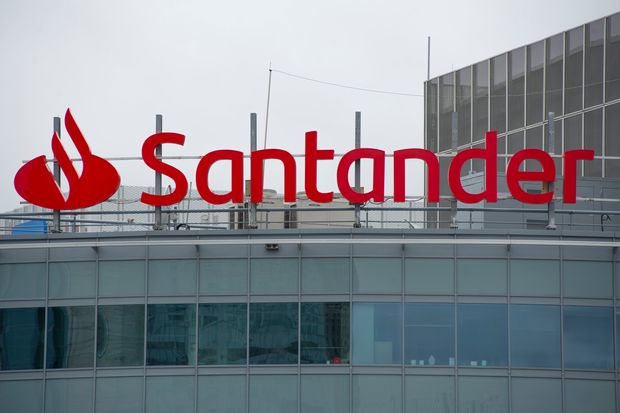 Santander bank logo is seen on September 2, 2020 in Warsaw, Poland.

The gains came after relief from the breakneck rise of the euro EURUSD, -0.26%, and the British pound GBPUSD, -0.33%, against the dollar. Comments this week from European Central Bank chief economist Philip Lane that the euro/dollar rate does matter has raised expectations ahead of its meeting next week.

But the backdrop for the advance is the rally on Wall Street, which on Wednesday sent the S&P 500 SPX, +1.53% to its 22nd record high and the Nasdaq Composite COMP, +0.97% to its 43rd record. In the U.S., it wasn’t tech stocks but utilities and materials companies that paced the gains. Reports of new talks over the stalled stimulus bill have fanned expectations of a deal.

Meanwhile a host of data from the service sector, on both sides of the Atlantic, should show the economy continuing to move toward its pre-pandemic levels.

The popular Euro Stoxx 50 SX5E, +1.51% will be reshuffled, with banks Societe Generale GLE, +3.37% and BBVA BBVA, +3.86% headlining the five getting removed, and Banco Santander SAN, +3.11% is getting axed from the Stoxx Europe 50. European banks, already struggling with years of negative interest rates and little growth, took a cumulative 33 billion euros of loan-loan provisions in the second quarter, according to Deutsche Bank. The Euro Stoxx bank index SX7E, +2.58% has slumped 37% this year.

Of stocks on the move on Thursday, Siemens Healthineers SHL, -3.69% fell 5% after saying it sold 2.73 billion euros of new shares to institutional investors, to help finance its purchase of Varian Medical Systems.

Melrose Industries MRO, +9.95% jumped 8% after the loss-making U.K. company said trading over the summer was at the higher end of its expectations. Like many companies, it said it wouldn’t pay a dividend.