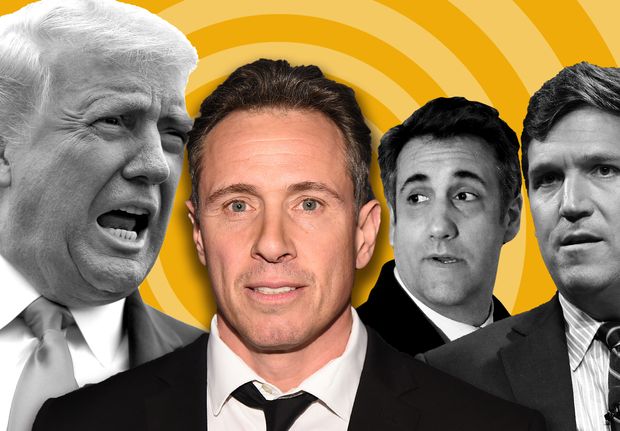 The president, referencing the Fredo character from the “Godfather” films as other Cuomo detractors have done (while Trump critics have debated which of the president’s offspring deserves the sobriquet), posted the call for his firing after Carlson aired a recording in which Cuomo apparently denied any such allegations during a chat with former Trump fixer Michael Cohen.

“Do you know how many f—ing phone calls I’ve gotten from people at ABC DIS, +1.37% who say that reporters are calling and lying about things they’ve heard about me, to try to get stories about me when I was at ABC?” the man purported to be Cuomo said in the recording. “Guys calling and saying, ‘I heard he was the Charlie Rose of ABC. He used to invite women to a hotel and open his bathrobe.’ Do I look like the kind of f—ing guy who’s gotta do that?”

A source at CNN T, +0.78% dismissed the allegations as “a nonstory [intended] to get reporters to write about Carlson’s deceptive reality,” while Cohen, who has a history of recording notable conversations, took to Twitter TWTR, +6.12% to address the release of the clip:

Cuomo has not publicly been named in any misconduct cases.