Home
Market
Wall Street Slips as Consumer Wobble Reins in Bulls
Prev Article Next Article
This post was originally published on this sitehttps://i-invdn-com.akamaized.net/news/LYNXNPEE991E4_M.jpg 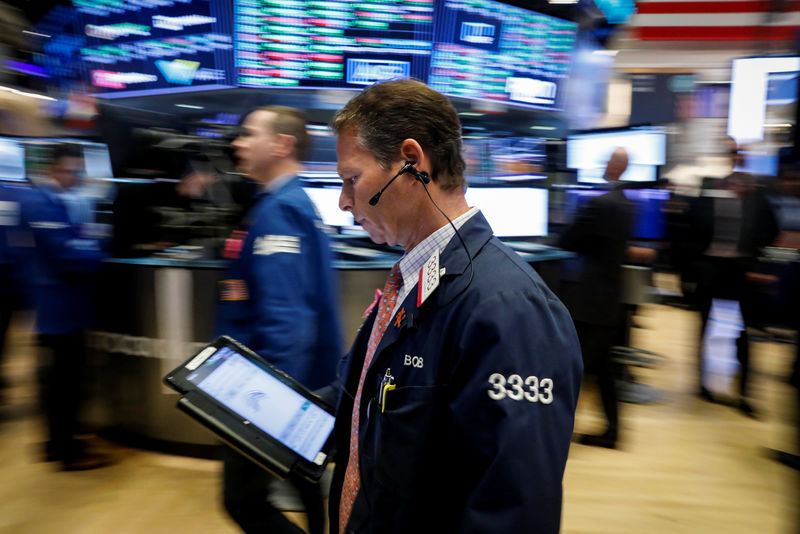 Investing.com – Wall Street fell on Tuesday, as data showing an unexpected wobble in consumer confidence renewed investor jitters over the pace of the economic recovery.

The Conference Board’s consumer confidence gauge unexpectedly fell to 84.8 this month from 91.7 in July, missing economists’ forecast for a reading of 93.

“The drop in confidence this month is disappointing. We had expected to see a better reading based on the fact that the second surge of COVID in the Sun Belt is abating and the worst outcomes seem to be avoided,” Jefferies (NYSE:JEF) said.

But the drop “suggests that the expiration of the $600 enhanced unemployment insurance benefits really took a bite out of confidence,” it added.

The move lower in the broader market was exacerbated by a fall in energy stocks, paced by a 3% decline in Exxon (NYSE:XOM) Mobile after the oil major was booted out of the Dow Jones Industrial Average following a re-weighting of the index.

The fall in energy was kept in check somewhat by a rise in oil prices as oversupply worries eased because energy companies cut production in the U.S. Gulf of Mexico to limit damage from Hurricane Laura, which is expected to make landfall over the next few days.

Tech, meanwhile, struggled to advance as shares of Apple (NASDAQ:AAPL) fell following an impressive rally that took the company’s valuation to over $2 trillion.

In other news, Gap Inc (NYSE:GPS) jumped 10% following after Citigroup (NYSE:C) upgraded the stock to buy from neutral, and lifted its price target to $24 from $12 ahead of quarterly results due Thursday.