Home
Stocks
The Tell: No matter who wins in November, stocks are likely to beat bonds, this analysis finds
Prev Article Next Article
This post was originally published on this site 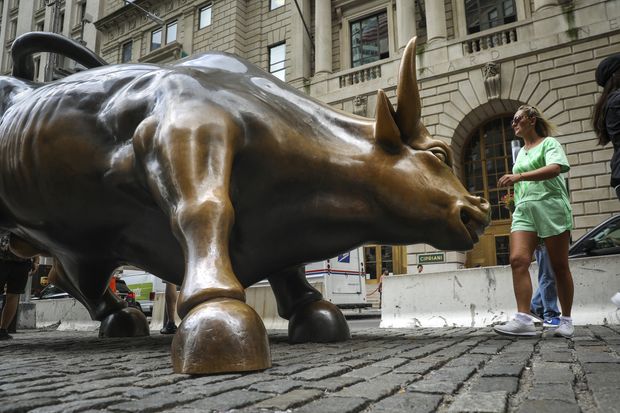 The Wall Street bull statue in the Financial District in New York City.

Stocks are likely to beat bonds over the next few years, and, if history is any guide, are likely to do better in the year after the upcoming U.S. presidential election than in 2020, according to an analysis published Thursday.

Oliver Allen, an economist at Capital Economics, compared returns from the S&P 500 index SPX, +0.03% with those from the ICE BofA US Treasury Index in the years either side of each of the 10 US presidential elections since 1980. While returns from U.S. Treasurys TMUBMUSD10Y, 0.630% were mostly similar on either side of those elections, “US equities tended to perform much better in the year afterwards than in the year beforehand.” 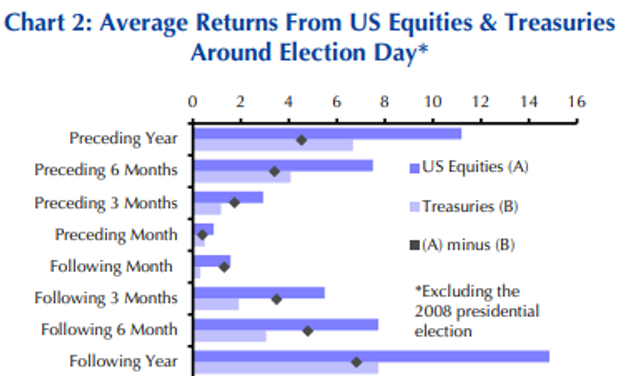 There’s a big caveat to Allen’s analysis, which he notes early on. The collapse in stock prices in the fall of 2008, as the financial crisis played out, and the subsequent rebound in early 2009, was weighty enough to skew three decades of history.

“However, even once 2008 is omitted, US equities still performed a bit better on average in the year after elections than in the year prior, both in absolute terms and relative to Treasuries,” Allen writes. This performance isn’t just the average, but it happened around the vast majority of elections: eight out of 10, he adds.

But Allen believes it’s the economy, not politics, that drove stock returns.

New presidents have faced tough times before, he points out. The economy contracted through much of 1980, just after Ronald Reagan was elected the first time, as the Federal Reserve under Paul Volcker raised interest rates dramatically to tame inflation.

George W. Bush was elected in the wake of the March 2000 bursting of the dot-com bubble, and a recession officially began the following spring.

Whoever wins the White House in November will face an unsteady economy and a hurting nation, but Allen is optimistic. “Our forecasts assume that progress containing the virus will allow a healthy recovery in the US,” he says. “We also think the US economy would fare roughly as well under Biden as under Trump. As such, we project that US equities will outperform Treasuries over the next few years regardless of the election result.”