Home
Market
StockBeat: Galapagos' Halo Slips as
Prev Article Next Article
This post was originally published on this sitehttps://i-invdn-com.akamaized.net/news/LYNXNPEB7R0SB_M.jpg 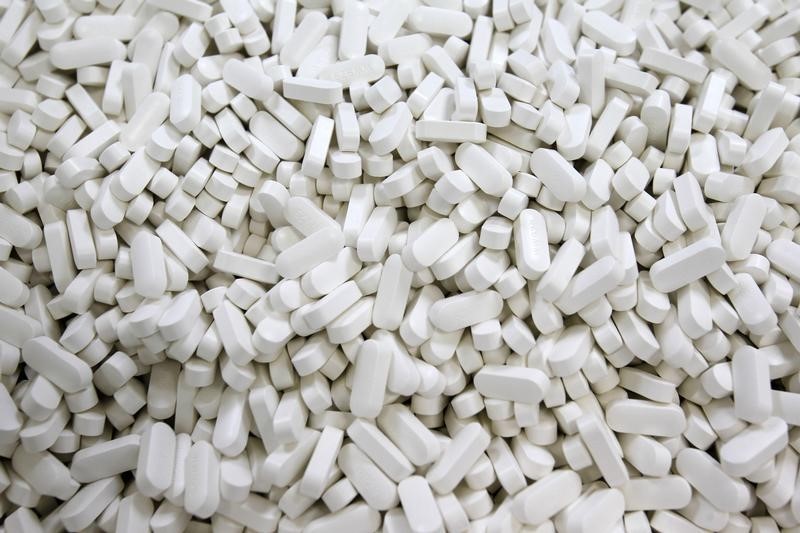 Investing.com — Onno van de Stolpe named his biotech startup after a chain of islands famed for the diversity and inventiveness of its wildlife. It’s ironic, then, that the market is treating it very much as a fragile one-trick pony.

Galapagos (AS:GLPG) (NASDAQ:GLPG) stock has fallen nearly 30% this week since the U.S. Federal Drug Administration refused to approve its rheumatoid arthritis drug filgotinib. The Nasdaq-listed ADRs (NASDAQ:GLPG) have fallen in parallel. After a brief respite on Thursday, it fell another 4.4% by mid-morning in Europe on Friday and is now testing its lowest levels in over a year. The local benchmark AEX index rose 0.4%.

The FDA sent Galapagos and its partner, Gilead Sciences (NASDAQ:GILD), a “complete response letter” detailing concerns both about the side effects of filgotinib – notably its apparent depression of sperm count – and about the general effectiveness of the 200mg dose used by the developers in their clinical tests. Laymen may be surprised that the issue of fathering children was so important to the FDA, given that 50% of patients will be women and most of the rest more concerned about being able to hold a cup of tea than father another child, but then, what do laymen know?

While the CRL isn’t a final rejection of the drug, it does raise the real risk of rejection in the U.S.  Even if Galapagos and Gilead can satisfy the FDA’s concerns when they resubmit the paperwork, they will have lost valuable time.

That may lead to them forfeiting market share to rivals in a global market estimated at $26 billion a year.  Given that it hopes to deploy filgotinib against a range of related ailments, the loss of upside potential is considerably bigger: Galapagos estimates the overall market for anti-inflammation drugs at $64 billion a year.

But not all is lost: the European Medicines Agency’s scientists have already recommended the drug for approval by the European Commission, which is due to give its decision within the next six weeks. A decision from Japanese authorities is also due by the end of the year.

In the meantime, the stock is suffering the kind of reality check that happens when a loss-making startup with a high valuation admits that it will take longer to live up to its hype. Galapagos was supposed to get $100 million in milestone payments when the FDA approved filgotinib. After Wednesday, it’s had to revise up its estimated cash burn accordingly to between 490 and 520 million euros.

That shouldn’t be any real cause for alarm. Having sold a 25% stake to Gilead last year, the company was sitting on over 5.5 billion in net cash at the end of June. Strip that out of today’s market value and you get a valuation of 2 billion euros for a pipeline of over 40 experimental drugs, most of them  still far from commercialization.

Such a profile requires a lot of trust in management’s ability to execute and avoid the kind of late-stage surprises seen this week.

The stock today is roughly back where it was when Gilead made its bet. Given this week’s knock-back, investors could reasonably demand a bigger discount before making the same one now.