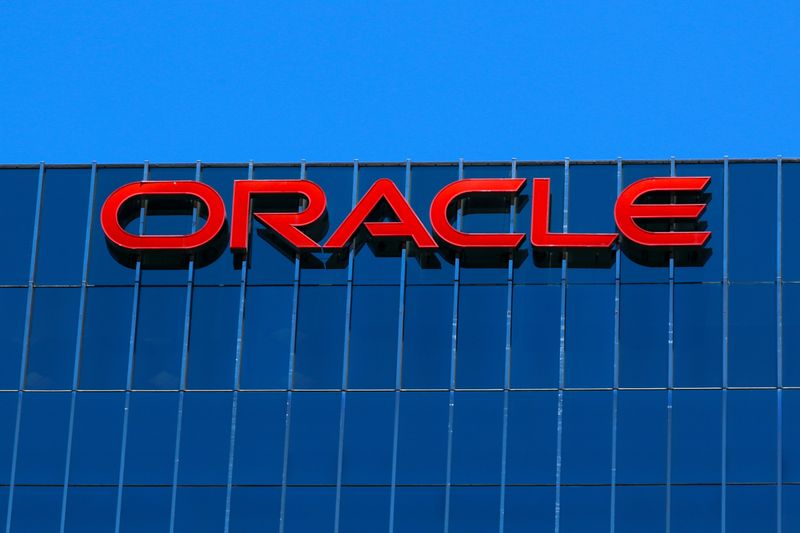 (Reuters) – Oracle Corp (N:ORCL) has joined some of the investors of TikTok’s Chinese owner, ByteDance, in pursuing a bid for the popular short-video app’s operations in North America, Australia and New Zealand, according to people familiar with the matter.

The move would represent a strategic departure for Oracle, which caters mostly to corporate customers and generates the bulk of its sales from cloud offerings and software licensing.

Its co-founder and chairman Larry Ellison is one of the few top technology executive to openly support President Donald Trump, who has ordered ByteDance to divest TikTok amid concerns over the safety of the personal data of U.S. consumers.

Oracle is working with some of ByteDance’s investors, including General Atlantic and Sequoia Capital, on making an offer for the TikTok assets that would challenge a rival bid from Microsoft Corp (O:MSFT), the sources said, speaking on condition of anonymity.

Oracle shares were trading up 3.4% on the news on Tuesday morning, giving the company a market capitalization of $171 billion.

Twitter Inc (N:TWTR) has also approached ByteDance to express interest in acquiring the U.S. operations of TikTok, though its chances are seen as remote because of its smaller size and the antitrust scrutiny for such a combination, sources said earlier this month.

Trump has said he would support an effort by Microsoft to buy TikTok’s American operations if the U.S. government got a “substantial portion” of the proceeds, but has also said there are other interested potential buyers. He has given ByteDance 45 days to agree to a sale of TikTok, before transactions with either TikTok or ByteDance are prohibited.

The White House has stepped up its efforts to purge what it deems “untrusted” Chinese apps from U.S. digital networks. Beyond TikTok, Trump has also issued an order that would prohibit transactions with Tencent Holding Ltd’s (HK:0700) WeChat.