Home
Stocks
‘Cultural change must still happen insideoffices’: What Kamala Harris as VP nominee means for the glass ceiling — and the gender pay gap
Prev Article Next Article
This post was originally published on this site 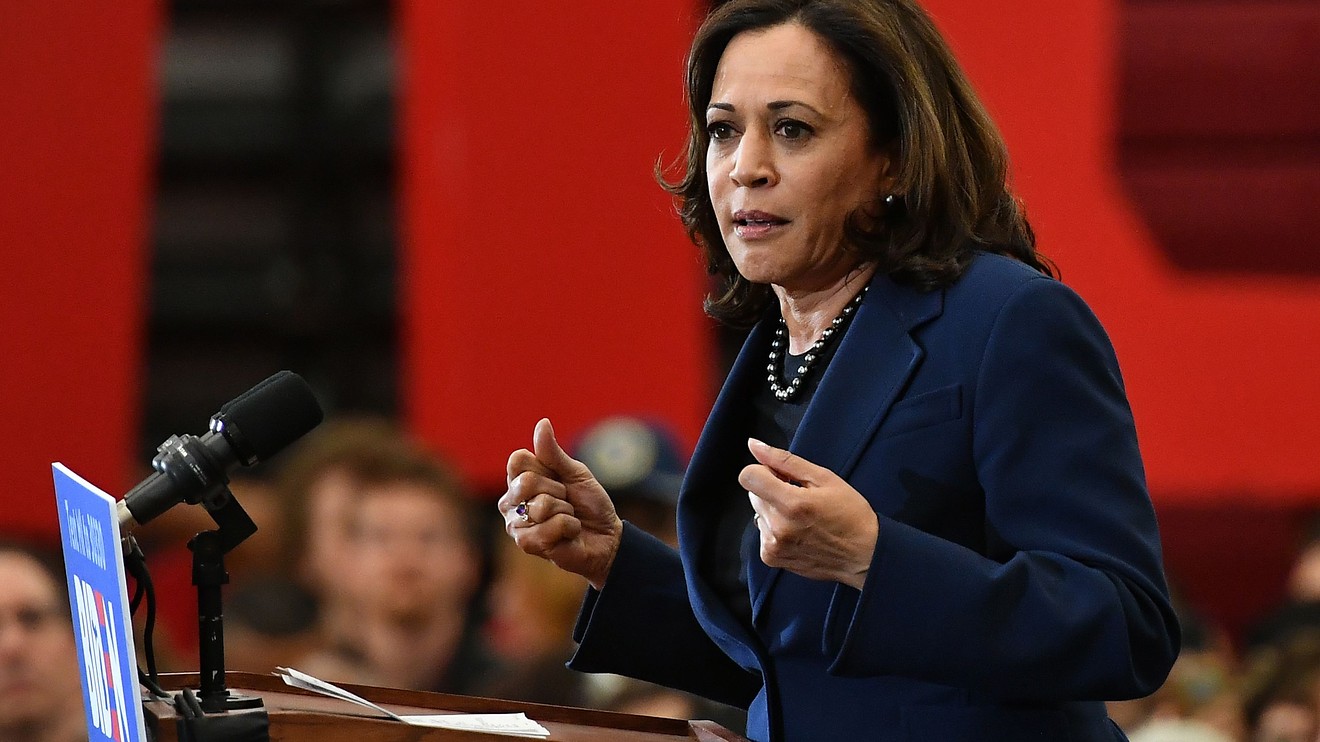 Political strategists are gauging what will happen in the presidential race, now that presumptive Democratic nominee Joe Biden has tapped Kamala Harris as his vice-presidential running mate.

But Latesha Byrd is thinking about what it means for her own work helping women of color advance their careers — and she’s excited.

The Charlotte, N.C.-based career and talent development consultant often hears from clients who are hesitant to apply for more senior, executive roles “because they don’t want people to say, ‘Who does she thinks she is?’” The doubts are both internal and external, coming from peers and bosses, Byrd notes.

But here comes Harris, the 55-year-old Senator from California, who is the first Black woman and first person of Asian descent to run on a major presidential ticket. The former California Attorney General joined Biden after her own unsuccessful presidential run, even as some observers have misgivings because of Harris’ “ambition.”

“ “It’s a good case to look at where women of color are being told they are ‘too ambitious.’ ” ”

So the next time Byrd hears a client with doubts about her own climb-up the corporate ladder, and she said it’s a common occurrence, she can point to Harris. “It’s a good case to look at where women of color are being told they are ‘too ambitious.’ ”

“Seeing someone that reminds me of me, that I see myself in, is definitely inspiring and motivating,” said Byrd, who also helps companies foster inclusion.

Like Byrd, others see Harris and her predecessors as symbols in the fight for workplace gender equality. The ongoing question, they add, is how much real-life force symbols have to crack glass ceilings and equalize pay.

On average, women made 81 cents compared to every dollar a man made in 2018, according to the Bureau of Labor Statistics. (That’s up from 62 cents on the dollar in 1979, seven years after Chisholm’s presidential bid.)

However, the pay divide becomes stark along racial lines. Black women made 66 cents on the dollar in 2019, compared to white men, the left-leaning Economic Policy Institute noted on Wednesday.

“ ‘Having someone like Kamala Harris there at the table, she brings an awareness of the whole set of issues and voices affect women and families.’ ”

— Debbie Walsh, director of the Center for American Women and Politics in Rutgers University’s Eagleton Institute of Politics

And the current recession might only widen the pay gap in the near term, a new study suggests. Many woman worked in industries that have been hit hard by the coronavirus pandemic’s economic fallout, they note, sectors like travel and hospitality.

The nod to Harris — not to mention a record 243 nominations for women to U.S. House seats this year — all signal growing public willingness for women in leadership roles, according to Debbie Walsh, director of the Center for American Women and Politics in Rutgers University’s Eagleton Institute of Politics.

If Biden is elected the next U.S. president and Democrats retain the House of Representatives and flip the Senate, Walsh said workplace law changes could come quick. “Having someone like Kamala Harris there at the table, she brings an awareness of the whole set of issues and voices affect women and families.”

“’Symbolic’ makes it sound like it’s not important,” Walsh added. But that’s not the case. “I don’t think you can underestimate the power of seeing a Black women, a south Asian woman, a woman of color in this slot, which we have never seen before.”

Voters typically make their decision based on who’s at the top of the ticket. But one twist is the open question whether Biden, now 77, would seek a second term if elected. That could position Harris for another presidential run.

There’s no doubting the importance of symbols and role models like Harris, said Serena Fong, vice president of strategic engagement at Catalyst, a non-profit organization that works with companies and CEOs to create inclusive workplaces for women.

“ An important change in culture must still happen inside offices and board rooms, far from the public stage, starting with companies’ hiring practices. ”

Symbols can only advance gender parity so far, Fong added. Take this example: Women of color are less likely than white women and men to get U.S. patent rights for their work, according to this report from the Institute for Women’s Policy Research.

Yet women of color have actually fuel much of the growth among women-owned businesses, the report added, making up roughly two-thirds of the overall growth.

One driving force in the patent gender gap is women’s under-representation in the patent-heavy science, technology, engineering and math (STEM) industries: While women make up nearly half the workforce, they hold approximately one quarter of STEM jobs, according to the U.S. Department of Commerce. Women entrepreneurs also receive lower levels of start-up capital than men.

Keeping that context in mind, an important cultural change must still happen inside offices and board rooms, far from the public stage, starting with companies’ hiring practices, the make-up in their talent pools, plus their own unconscious and conscious bias, she said.

Overhauls for more inclusion can even require scrutinizing the details, said Fong, right down to the wording on a job description.

“You have to go beyond visible, performative actions,” she said.