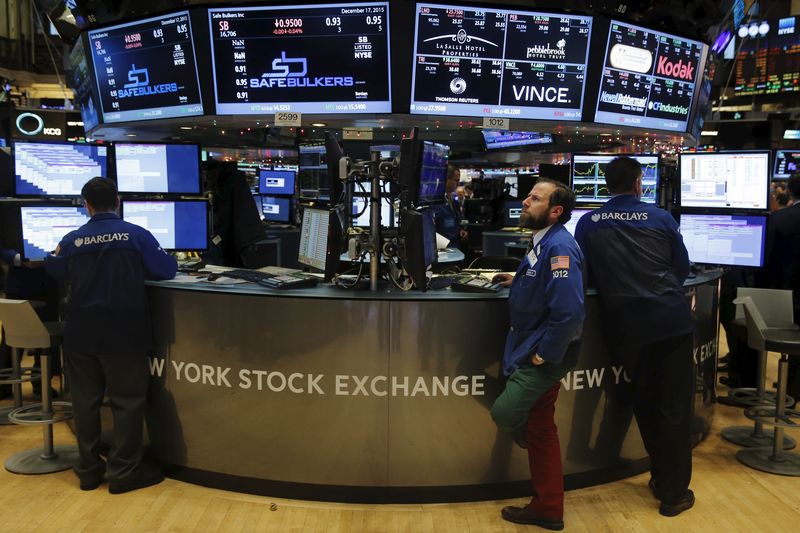 Investing.com – The S&P moved closer to a record high on Tuesday, led by financials as investors continue to back sectors tied to the economy amid optimism over the coronavirus vaccine progress and hopes that lawmakers will eventually strike a deal to roll out more stimulus.

As the race for a vaccine continues to heat up, Russia became the first country to approve a Covid-19 vaccine, which Russian President Vladimir Putin said had already been given to his daughter.

But while many health professionals have raised questions over the safety and efficacy of the Russian-dubbed “Sputnik-V” vaccine, which went into clinical trials less than two months ago on June 17, the news helped lift investor optimism that a cure could be found sooner rather than later.

Against the backdrop of rising optimism over a potential vaccine, sectors tied to the economy such as financials and industrials soared.

Financials led the broader move higher, thanks to a jump in banks following a move higher in bond yields.

JPMorgan (NYSE:JPM), Goldman Sachs (NYSE:GS) and Bank of America (NYSE:BAC) were up more than 2%.

Higher interest rates are seen as a boon for banks, boosting net interest margin – the difference between the interest income generated by banks and the amount of interest paid out to their depositors.

Industrials continued to ride the rally in travel stocks, with the airlines, in particular, catching a bid as investors bet on the return in travel demand.

Boeing  (NYSE:BA) was up more 3%, shrugging off data showing that the pace of order cancellations last month outweighed the pace of new orders its customers continue to pull orders for its much-maligned 737 MAX jets.

Tech lagged the rally as the rotation from growth into cyclical stocks – those that tend to outperform in a favorable economic backdrop – saw investors ditch the so-called fab 5 companies.

Facebook (NASDAQ:FB) and Alphabet (NASDAQ:GOOGL) proved an exception to the weakness seen the fab 5, while Apple (NASDAQ:AAPL), Amazon.com (NASDAQ:AMZN) and Microsoft (NASDAQ:MSFT) were in the red.

On the stimulus front, Treasury Secretary Steven Mnuchin said Monday the White House would be open to resuming talks, renewing expectations that lawmakers will eventually strike a deal and roll out further stimulus.

“Any time they want to meet, they’re willing to negotiate, have a new proposal, we’re more than happy to meet,” Mr. Mnuchin said.

Adding to hopes the stimulus well could soon see a top-up, President Donald Trump said he was seriously mulling a move to cut taxes on capital gains.

Canada Goose (NYSE:GOOS) fell 4% after the retailer’s gloomy guidance offset quarterly results that were not as bad as feared.