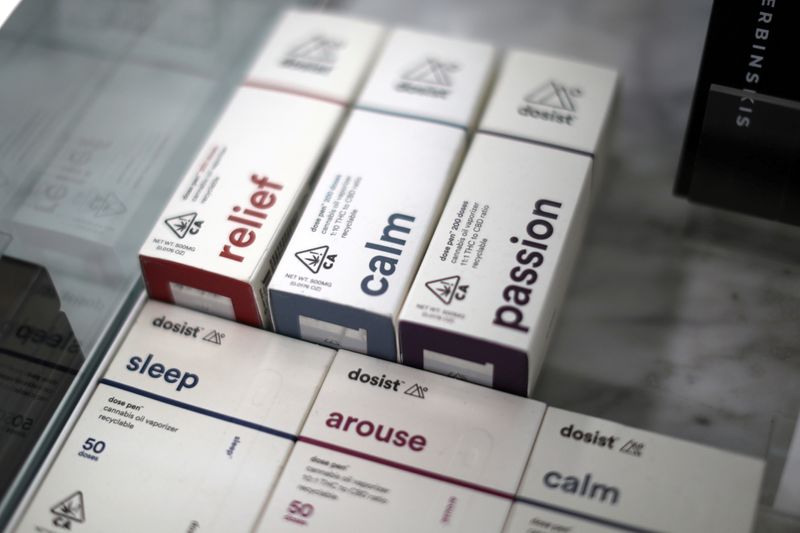 (Reuters) – After nearly a year of next-to-no deal-making, cannabis companies are gearing up for mergers and acquisitions as realistic stock valuations and the prospect of U.S. legalization attract buyers to a sector that has been decimated by oversupply and other issues, executives and investors say.

Profitable cannabis companies want to buy their way into niche segments and expand their brands, betting that the November U.S. presidential election will lead to weed becoming legal across the United States. Distribution deals could also help companies reach consumers who have shown an increased appetite for pot products since the onset of the coronavirus pandemic.

Aphria (NASDAQ:APHA) Inc, one of Canada’s largest producers, is open to making purchases if it adds a well-known consumer brand to its beverages portfolio or if it helps the company overcome a lack of chocolate production, CEO Irwin Simon told Reuters.

Canopy Growth (NYSE:CGC) Corp, the largest Canadian pot producer by market value, had about C$2 billion in cash at the end of June. The strong balance sheet allows it to pursue acquisitions and the current market conditions would provide frequent opportunities, a company spokesman said. Canopy is backed by Corona beer maker Constellation Brands Inc (NYSE:STZ).

Since its peak in August 2018 in the run-up to Canada’s legalization of recreational weed, cannabis stocks tracker MJ ETF has dropped 70%. M&A fell 80% and capital raising slumped 70% to $2.71 billion through July 31, according to the Viridian cannabis deal tracker.

However, as pot demand surged in lockdowns, stock prices have recovered, raising prospects that funding will be available for some deals.

“You’ll still see a lot of the same funding sources but they’re going to be much more diligent and cautious with their dollar,” said Avis Bulbulyan, CEO at cannabis consultancy Siva Enterprises.

All-stock deals are expected to be the trend, but companies with cash could also spend it on U.S. expansion after the election, Katie Ashton and Eric Berlin of the Chicago office of the Dentons law firm told Reuters in an email.

ALL EYES ON ELECTIONS

However, it could be another quarter before Canadian companies start making deals as they are still cleaning up their balance sheets, said Stuart Titus, CEO of Medical Marijuana Inc.

Among those most pressed to sell, MedMen Enterprises (OTC:MMNFF) Inc and iAnthus Capital Holdings (OTC:ITHUF) Inc, both restructuring to avoid bankruptcy, have valuable licenses and serve markets that can be new opportunities for buyers, Titus said.

MedMen and iAnthus did not respond to requests for comment.

New players that have been on the sidelines could also step in.

“When it becomes fully legal, expect ‘Big Food’ and ‘Big Agra’ to jump in, to a much greater extent than they have so far… they could try and develop their own name brands,” said William Gay, a lawyer at Wilson Elser Moskowitz Edelman & Dicker LLP.