Home
Stocks
The Conversation: Diversity training doesn’t work that well — and may even reinforce stereotypes
Prev Article Next Article
This post was originally published on this site 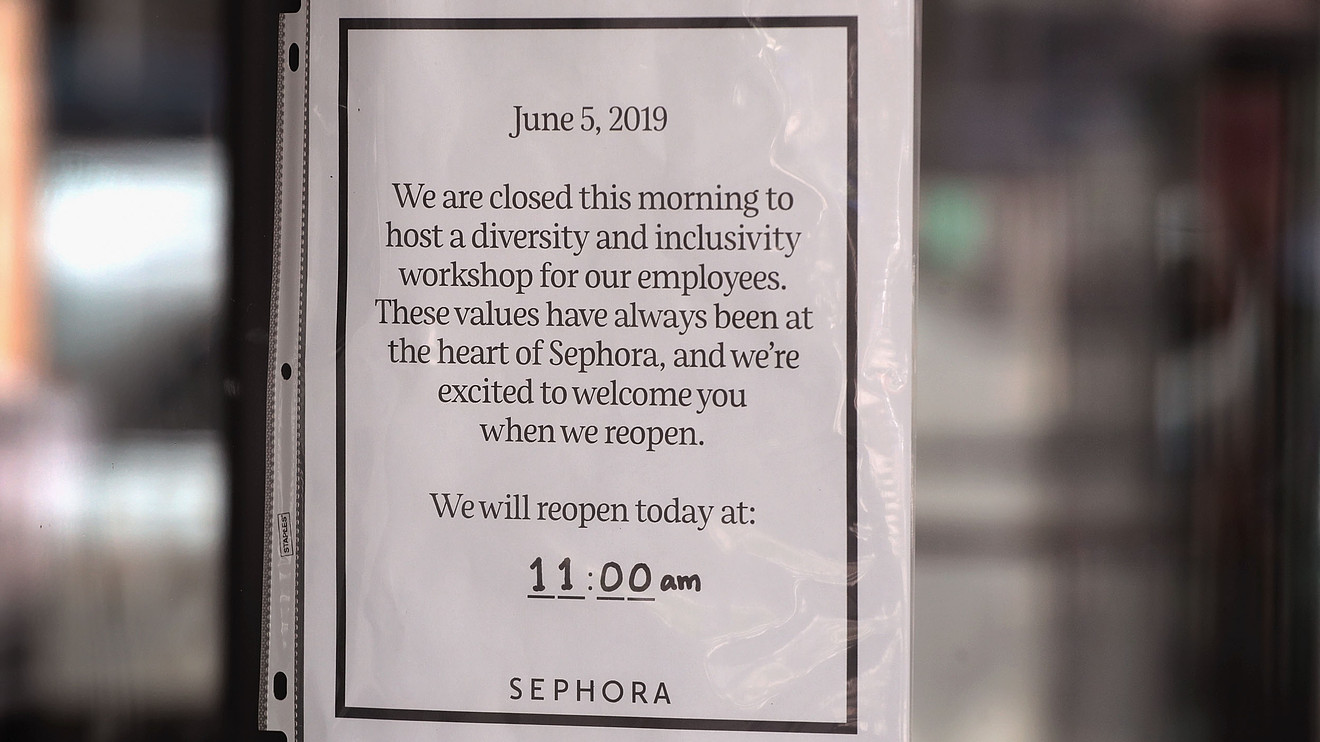 U.S. colleges and universities will be embracing diversity training with renewed vigor this fall.

In response to the killing of George Floyd, the massive Black Lives Matter protests and pressure from students, dozens of colleges and universities have made public commitments to new anti-racism initiatives.

The University of Florida will require all students, faculty and staff to undergo training on “racism, inclusion and bias.” Northeastern University will institute “cultural competency” and “anti-racism training” for every member of the campus community. And Ohio Wesleyan University will mandate “universal diversity, equity, and inclusion training.”

Given the vital importance of confronting past and present racism, we believe it is imperative that colleges and universities address racial disparities and discrimination in higher education head-on. However, as scholars who study race and social inequality, we know that diversity training suffers from “chronically disappointing results.” Recent research in psychology even suggests that diversity training may cause more problems than it solves.

Called into a typical diversity training session, you may be told to complete a “privilege walk”: step forward if “you are a white male,” backward if your “ancestors were forced to come to the United States,” forward if “either of your parents graduated from college,” backward if you “grew up in an urban setting,” and so on.

You could be instructed to play “culture bingo.” In this game, you would earn points for knowing “what melanin is,” the “influence Zoot suits had on Chicano history” or your “Chinese birth sign.”

You will most definitely be encouraged to internalize an ever-expanding diversity lexicon. This vocabulary includes terms such as Latinx, microaggressions and white privilege.

It also features terms that are more obscure, like “adultism,” which is defined as “prejudiced thoughts and discriminatory actions against young people, in favor of the older.”

In terms of reducing bias and promoting equal opportunity, diversity training has “failed spectacularly,” according to the expert assessment of sociologists Frank Dobbin and Alexandra Kalev. When Dobbin and Kalev evaluated the impact of diversity training at more than 800 companies over three decades, they found that the positive effects are short-lived and that compulsory training generates resistance and resentment.

“A company is better off doing nothing than mandatory diversity training,” Kalev concluded.

Some of the most popular training approaches are of dubious value. There is evidence, for example, that introducing people to the most commonly used readings about white privilege can reduce sympathy for poor whites, especially among social liberals.

There is also evidence that emphasizing cultural differences across racial groups can lead to an increased belief in fundamental biological differences among races. This means that well-intentioned efforts to celebrate diversity may in fact reinforce racial stereotyping.

With its emphasis on do’s and don’t’s, diversity training tends to be little more than a form of etiquette. It spells out rules that are just as rigid as those that govern the placement of salad forks and soup spoons. The fear of saying “the wrong thing” often leads to unproductive, highly scripted conversations.

This is the exact opposite of the kinds of debates and discussions that you would hope to find on a college campus.

The main beneficiaries of the forthcoming explosion in diversity programming will be the swelling ranks of “diversity and inclusion” consultants who stand to make a pretty penny. A one-day training session for around 50 people costs anywhere between $2,000 and $6,000. Robin DiAngelo, the best-selling author of “White Fragility,” charges up to $15,000 per event.

In this belt-tightening era of COVID-19, should colleges and universities really be spending precious dollars on measures that have been “proven to fail”?

In our view, instead of pouring money into diversity training, colleges and universities would be better off using their limited resources to provide increased financial aid and better academic support systems for underrepresented students. The increasing number of scholarships and fellowships that have been established in George Floyd’s name are a welcome step in this direction.

We also recommend that schools invest more in expanding the full range of educational opportunities at their disposal to better understand and disrupt systemic racism.

This includes coursework, lecture series, discussion panels, student speak-outs, college-wide teach-ins, exhibitions, performances and common readings. Such an approach would enable universities to use the extensive knowledge and expertise that their faculty, students and staff already have on issues of race and inequality. It would be far better than relying on the kind of mass-produced, drive-through diversity training provided by outside “experts.”

Campus communities don’t need diversity consultants to lead workshops about terms such as “microaggressions,” “micro-invalidations” and “micro-insults.” Instead they should discuss thought-provoking works such as poet Claudia Rankine’s book “Citizen,” a personal account that “strips bare the everyday realities of racism.”

Rather than simply declaring that “illegal immigrant” is an unacceptable derogatory term, analyze Jason De Leon’s “The Land of Open Graves,” a vivid portrait that “pushes our understanding of how lives are lived and lost on the U.S.-Mexican border to a new level.”

To explain the concept of “intersectionality,” replace “social identity wheel” exercises with an examination of the 1977 Combahee River Collective Statement, whose Black feminist authors insisted that it was not possible to “separate race from class from sex oppression.”

Facing urgent calls for action, colleges and universities have embraced diversity training to try to prove that they really are doing something to advance racial justice. But the relevant evidence suggests that in offering ineffective, superficial remedies to the complex problems of prejudice and exclusion, diversity training will shortchange campus communities and short-circuit critical thinking.

If colleges and universities want to effect meaningful social change, they will soon discover that diversity training is no substitute for education.