Home
Market
Bezos sells Amazon shares worth $3.1 billion
Prev Article Next Article
This post was originally published on this sitehttps://i-invdn-com.akamaized.net/trkd-images/LYNXNPEG75130_L.jpg 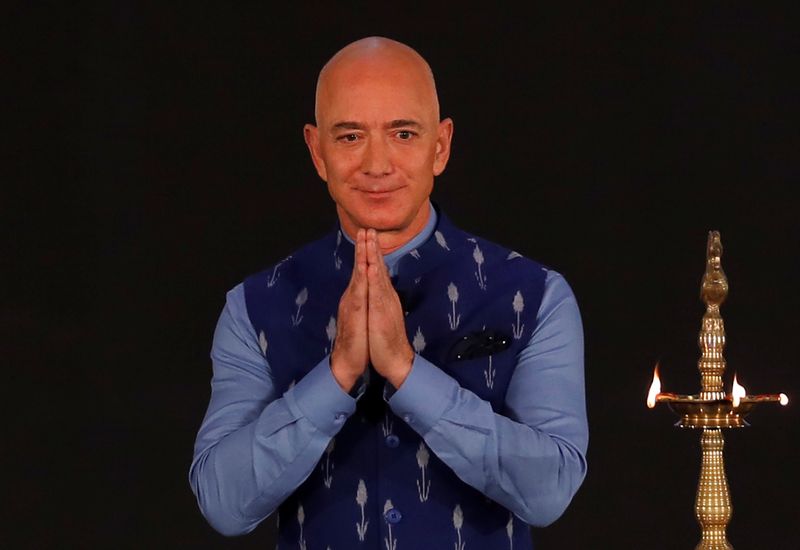 The stock sale comes at a time when the company’s shares have surged more than 73% this year.

During the first two working days of August, Bezos sold 1 million shares as part of a previously announced trading plan, according to the filings.

Bezos, the world’s richest man, had said he planned to sell stock worth about $1 billion each year to fund his rocket company, Blue Origin.

The latest share sale leaves him with 54.5 million shares worth roughly $174.64 billion at the current market price.