Home
Stocks
Deep Dive: This $20 billion bond fund produced outsized returns by capitalizing on market turmoil, and is set to do it again
Prev Article Next Article
This post was originally published on this site

With bond prices high and yields low, an income-seeking investor might wonder if it is even worth owning a bond fund these days.

There are several reasons, underlined by the performance and characteristics of the Guggenheim Total Return Bond Fund, along with the possibility that interest rates may keep falling and stay low for many years.

This year has turned out to be a paradise for borrowers, with record-low interest rates in the U.S., but it has also become a difficult environment for fixed-income investors. You simply have to get used to much lower yields than you enjoyed in years past.

Then again, money managers can take advantage of market turmoil to scoop up discounted securities, setting up gains and relatively good yields for the long term.

First, here’s how the fund’s Class A GIBAX, -0.10% and institutional shares GIBIX, -0.06% have performed, with dividends reinvested, against its benchmark, the Bloomberg Barclays U.S. Aggregate Bond Index, and three exchange traded funds that aim to track the same benchmark:

What really stands out this year is the fund’s second-quarter performance. The Federal Open Market Committee lowered its target for the federal funds rate to a range of zero to 0.25% on March 15, and also announced it would increase the size of its balance sheet by buying bonds. The Federal Reserve’s massive bond-buying activity has also pushed down long-term interest rates. Ten-year U.S. Treasury notes TMUBMUSD10Y, 0.515% were yielding 0.55% on July 31, down from 1.92% on Dec. 31.

Taking advantage of the turmoil in March and afterward

During an interview, Walsh explained how the fund has outperformed this year. At the end 2019, the fund was “very conservatively positioned,” with a high percentage of the portfolio in U.S. government bonds and only about a third in corporate bonds, she said. The portfolio had almost no securities that lacked investment-grade ratings. There were two reasons for such a position: Walsh and her team thought that with long-term interest rates already low, investors “weren’t compensated for risk,” and “there were signs of a coming recession.”

Walsh expected “a risk-off event,” a period during which investors would sell corporate bonds in a panic, setting up a buying opportunity. The previous major event of this type had been the credit crisis of 2008, with “some mini-cycles in 2011 and 2016,” she said. 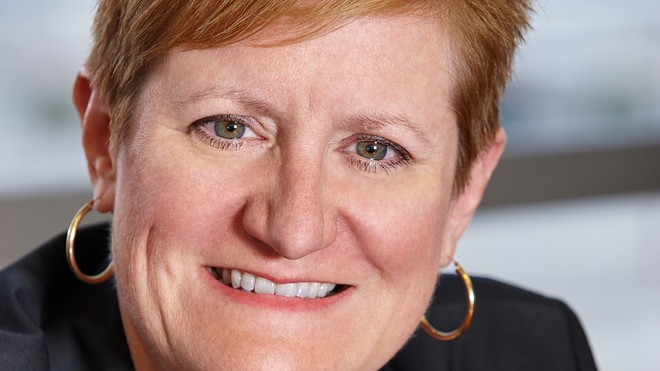 Prices for residential mortgage-backed securities fell during March, as investors feared loan default risk. But this is another area where the market reality can outweigh investors’ worries. The U.S. housing market is now on fire, with homes in many markets not only selling immediately, but having their prices bid considerably higher than the asking prices. This action was described in a recent New York Post article.

The Guggenheim Total Return Bond Fund’s class A shares have a 30-day SEC yield of 1.91%, while the institutional shares have a yield of 2.27%. Those yields might seem low, but they are very good compared to 10-year U.S. Treasury notes (0.52% early on Aug. 4) and a yield-to-maturity of 1.07% for the Bloomberg Barclays U.S. Aggregate Bond Index, according to FactSet.

Walsh discussed the fund’s “carry advantage,” which means the higher rates are locked in for a relatively long time. The weighted average effective duration for the fund as of June 30 was 7.4 years, compared to 6.0 years for the index.

Looking ahead, she expects more buying opportunities as we head into the November elections, because of investors’ uncertainty.

Lengthening the fund’s duration points to the Guggenheim team’s macroeconomic expectations. Walsh said the firm’s “base case” was that an economic recovery from the effects of the pandemic would take two to three years, with a “permanent change” for retail and other industries affected by the accelerating transition to online commerce.

And that long recovery means even lower interest rates. Walsh expects the yield on 10-year U.S. Treasury notes to fall further to around 40 basis points “in fairly short order.” The Guggenheim team’s longer-term prediction is for the 10-year yield to go negative by the first quarter of 2021.

Walsh said Guggenheim is “unique in the industry” in its team approach to constructing and managing income portfolios, in contrast to “a lot of other asset managers that have a star system,” in which one portfolio manager who pretty much makes all the important decisions on strategy and portfolio makeup.

In a $40 trillion U.S. fixed-income market, Walsh believes “being expert in everything is beyond human ability.”

So Guggenheim has teams focusing on various sectors, asset classes, the economy, portfolio allocation and construction. This enables an “iterative process to build portfolios,” and for the team to “make much more thoughtful decisions on risk budgeting, allocation and portfolio assemblage,” Walsh said.