Home
Stocks
The Margin: The doctor behind a cognitive test Trump took says ‘it’s supposed to be easy’ for people with no cognitive impairment
Prev Article Next Article 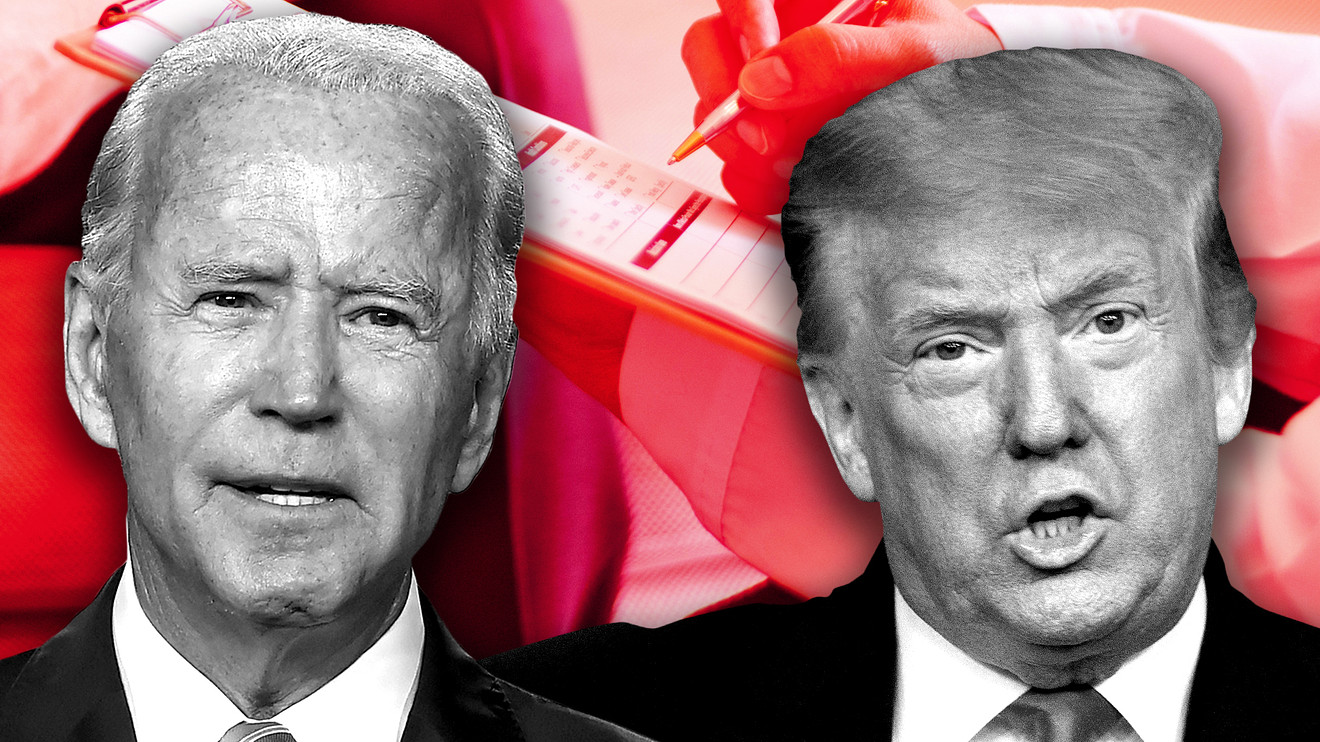 The doctor who developed a widely used test that screens for early signs of dementia and Alzheimer’s disease says that cognition is “a pertinent question” during a presidential election with presumptive candidates over age 70. Problem is, both sides of the political divide are interpreting this test incorrectly.

Dr. Ziad Nasreddine developed and copyrighted the Montreal Cognitive Assessment (MoCA) test in 1996, which is a 10-minute examination usually performed with pen and paper that measures the strengths of different areas of the brain related to cognitive domains, such as short term memory, spatial awareness and executive functioning. [They have expanded remote testing, including via an app on the Apple AAPL, +1.36% iPad, during the pandemic.]

And he tells MarketWatch that the MoCA Clinic & Institute has been inundated with calls and emails over the past week or so, ever since President Trump bragged in a phone interview with Sean Hannity 10 days ago that he recently “aced” a cognitive test at Walter Reed National Military Medical Center. Trump also said that medical staff were “very surprised” by how well he did. “They said, ‘that’s an unbelievable thing. Rarely does anybody do what you just did.”

While the White House did not release any details of this most recent test, the president did take the MoCA exam in 2018, when he got a perfect score of 30, which has put this particular test in the spotlight. What’s more, during a second Fox News interview on Sunday night, Chris Wallace told the president that the MoCA is “not the hardest test” and even posted graphics of one of the questions, which asked the test taker to identify drawings of animals. Trump responded by challenging his presumptive Democratic rival Joe Biden to “take a test right now.” What’s more, he said that the test questions get harder, and the MoCA exam question that Wallace shared was a “misrepresentation.”

But as many doctors and armchair critics have been quick to argue on Twitter TWTR, +2.33% and Facebook FB, +0.44%, the MoCA exam should not be difficult for someone who is not cognitively impaired.

“This is not an IQ test or the level of how a person is extremely skilled or not,” Nasreddine agreed in a call with MarketWatch. “The test is supposed to help physicians detect early signs of Alzheimer’s, and it became very popular because it was a short test, and very sensitive for early impairment.”

“ “It is supposed to be easy for someone who has no cognitive impairment.” ”

Nasreddine explained that each question is related to a different part of the brain. He declined to share a sample test page, as he and his peers are growing increasingly concerned that the test might not be as accurate anymore, because too many elements have been shared online. This allows people to potentially practice the questions to perform better on the exam. In fact, MoCA expressly notes on its website that “it is prohibited to publish the MoCA test and/or instructions and/or a link leading to these in newspaper and magazine articles (including electronic articles).”

But he did walk through a few questions, and how they can raise red flags about cognitive impairment.

One asks the test taker to draw an analog clock, including the numerals for each hour, and to then draw the minute and hour hands set to a specific time. “You need planning and executive function and spatial skills to space the numbers on the clock correctly,” Nasreddine said. But the patient might confuse the hour and the minute hands in setting the time in their picture, or they might not place the hands in the center of the clock. “There are ‘traps’ that patients who have cognitive impairments fall into with this test,” he explained.

In fact, Mandy Moore’s character on the NBC CMCSA, -0.60% drama “This Is Us” was shown struggling with this very test last season. Her character was eventually diagnosed with mild cognitive impairment.

The test taker might also be asked to explain the similarities between two objects, such as a watch and a ruler. Or they may be asked to identify a number of familiar animals, as Wallace highlighted during his Trump interview.

In one of the more difficult tasks, the person will be given five words to remember at the beginning of the exam, and will then be asked to recall them five or 10 minutes later, when they finish the rest of the test. “That’s the most difficult part of the test for someone who has cognitive impairment,” Nasreddine said.

Performing poorly on the exam does not automatically mean someone has early onset Alzheimer’s or another form of dementia, however. “A certified doctor has to interpret the results, according to the pattern of impairment, the age of the patient, what medications they are taking, sleep difficulty, anxiety and pain that can affect their concentration and their performance on the test,” Nasreddine said. “Someone who doesn’t have the expertise can come up with the wrong conclusion.”

Once someone takes the test, physicians will discuss the results, and determine whether the patient should take the test again in two months, or if there are signs perhaps that more investigation is needed, like scans or blood tests, to confirm a diagnosis or to rule out other conditions.

A normal score is usually 27 out of 30. Nasreddine called out the Trump critics who “ridicule the test” and “say it’s a kindergarten test for 5-year-olds, making it look too simple and too easy.”

Tests for cognitive impairment are not something to make light of, considering more than 5 million Americans are living with Alzheimer’s disease, which is expected to more than double to 14 million by 2050. And one in three seniors dies of Alzheimer’s or another form of dementia, according to the Alzheimer’s Association.

But on the other hand, a test like the MoCA is a screening tool for cognitive ability, and shouldn’t be made out as anything more. “The purpose is to detect impairment; it’s not meant to determine if someone has extremely high levels of abilities,” Nasreddine added. “I think there’s misinformation on both sides of the political divide.”

But he added that discussing cognitive impairment is relevant, considering Trump is 74, and Biden is 77. “Dementia becomes more prevalent with age,” Nasreddine said. “Statistically, one person out of four could have cognitive impairment or dementia at age 75. So it is a pertinent question, and it’s not surprising that this is becoming an issue this election.”