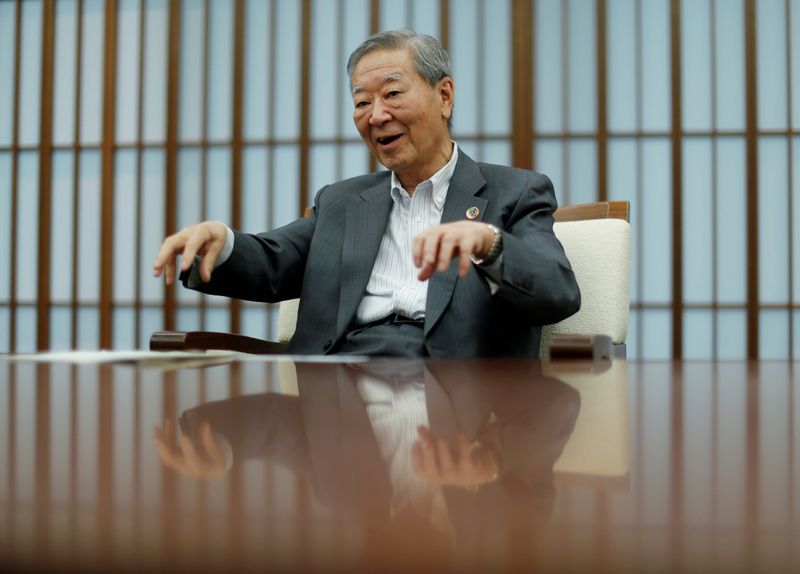 TOKYO (Reuters) – Hitachi Ltd (T:6501) is moving to scrap a remnant of one of Japan Inc’s most famous practices: seniority-based pay.

The change reflects Hitachi’s transformation from a hardware-focused manufacturer into a services business and highlights the realisation that for many Japanese firms old-school human resources practices aren’t practical.

The 110-year old conglomerate also needs to align pay at home with its overseas operations, which now account for more than half of its 310,000 global workforce after the $7 billion merger with ABB Ltd’s power grid business this month.

But first it will lay out job descriptions for its domestic workforce and use those as criteria for performance assessments that will eventually link to pay.

Seniority-based pay made sense when the factory floor was the main training ground and new hires were taught to produce TVs, displays and chips from scratch, Chairman Hiroaki Nakanishi said in an interview.

“That model no longer works,” he said. The company ditched the bulk of its hardware-device business following the 2008 global economic crisis and now Hitachi is focused on infrastructure and related digital services.

In those areas, employees need to create business ideas.

“This is half a step forward for Japan embracing merit pay,” said Hajime Ohta, a professor of organization studies at Doshisha University professor, adding the lack of clear job roles has hampered full adoption.

Low labour mobility in Japan could be an issue, but Nakahata said Hitachi’s 150,000-strong job pool in Japan will allow reshuffling without layoffs.

Other firms have taken note. Fujitsu Ltd (T:6702) is moving in a similar direction, saying it will introduce job descriptions.

But Keiichiro Hamaguchi, research director general at the Japan Institute for Labour Policy and Training, said many manufacturers would be reluctant to adopt job descriptions for their blue-collar workers since it would tie them to a specific process though most can perform a wide range of tasks.

That flexibility on the factory floor has been a pillar of Japan Inc.

“Tech companies like Hitachi have been frontrunners in this because the manufacturing part of their business has already been sold or gone to contractors,” he said.

“But do Japanese automakers really want to introduce a system similar to General Motors (NYSE:GM) or Chrysler for factory workers?”