Home
Stocks
: WHO reports another daily coronavirus record — over 230,000 new cases
Prev Article Next Article
This post was originally published on this site 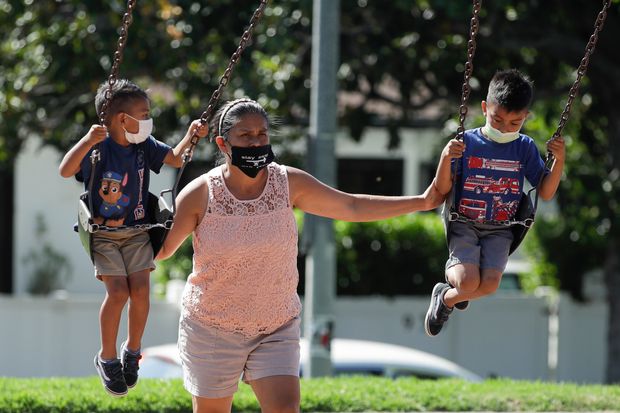 A woman and two children wear masks at a playground Saturday in Los Angeles.

GENEVA — The World Health Organization has reported another record in the increase in the number of confirmed coronavirus cases over a 24-hour period, at over 230,000.

The U.N. health agency said Sunday the United States again topped the list among countries, with more than 66,000 cases recorded.

The figures don’t necessarily account for delays in reporting of cases, and are believed to far underestimate actual case totals.

Still, the trend line of confirmed cases continues to increase — with three largest counts coming in over the last three days.

The previous record was Friday, with more than 228,000 newly recorded cases worldwide in a 24-hour span.

Overall, the WHO has counted more than 12.5 million confirmed cases and more than 561,000 deaths from COVID-19.