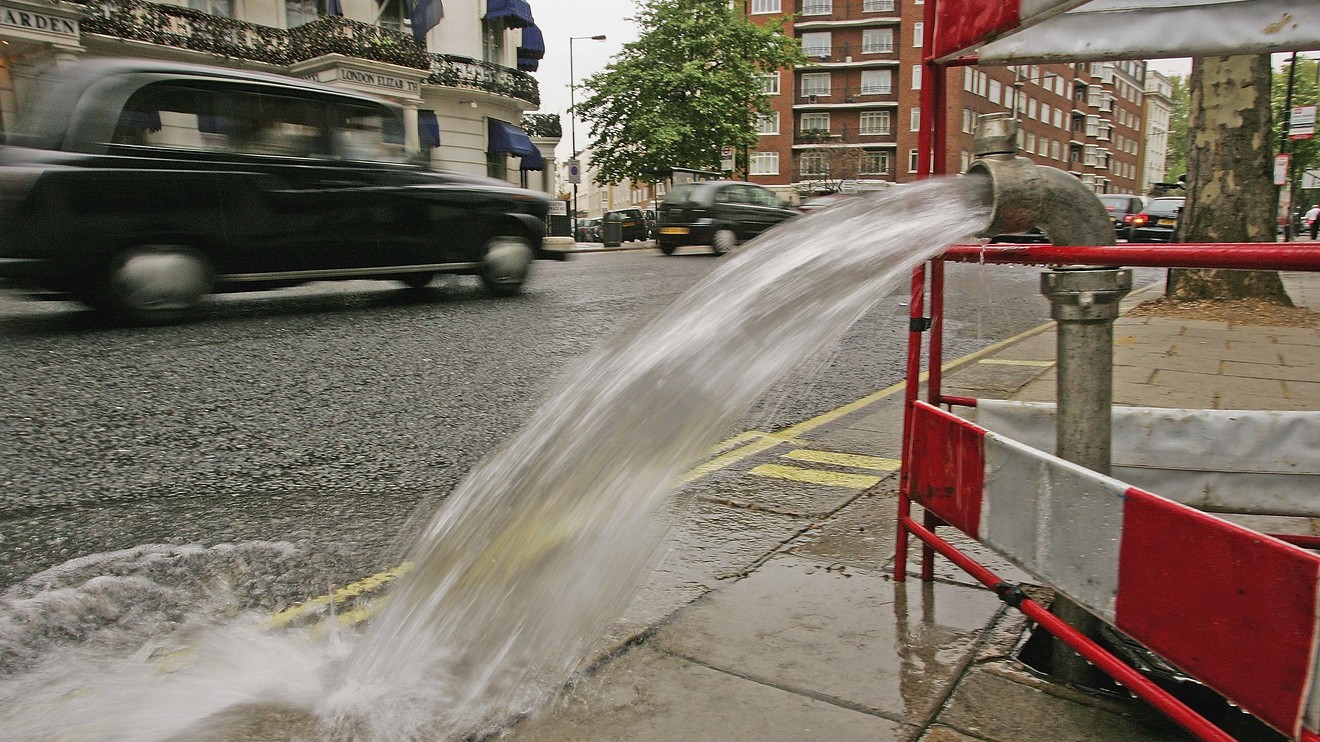 There is a serious risk that parts of England will run out of water within the next 20 years unless urgent action is taken, a cross-party committee of British lawmakers has warned.

The Public Accounts Committee (PAC) said in a report that water companies have made “no progress” in reducing leakage over the last 20 years. Over 3 billion liters, a fifth of the volume used, is lost to leakage every day.

The PAC said all the bodies responsible for the U.K.’s water supply — the Department for Environment, Food & Rural Affairs (Defra), water regulator Ofwat and the Environment Agency — have “taken their eye off the ball” and must take urgent action now to ensure a reliable water supply in the years ahead.

The committee accused the government of failing to be clear with water companies (which were privatized in 1989) on how they should balance investment in infrastructure with reducing customer bills.

It said the Environment Agency told the committee that the coronavirus pandemic is putting “a lot of pressure” on water companies and that while they are managing, that will only continue if everybody is responsible in how they use water over the next few months.

An Environment Agency spokesperson said: “We know that if we don’t take action now many areas of England will face water shortages by 2050, which is why we are always striving to ensure water supplies are sustainable.

“Since 2008 we have made changes to over 300 unsustainable abstraction licenses to save 47 billion liters of water a year. That is the equivalent to supplying the cities of Bristol and Nottingham with water for a whole year.”

The performance of England’s privatized water companies has been criticized in recent years for excessive pay and taking out dividends while falling to prevent leakage and not investing enough in infrastructure.

English water companies have paid out more than £2 billion a year on average to shareholders since they were privatized three decades ago, according to recent analysis for the Guardian.

On July 5, Steve Robertson, the former boss of Britain’s biggest water company Thames Water, received a £2.8 million payoff despite being ousted by the board in May 2019 for failing to improve performance and repeatedly being fined for sewage leaks.

“It is very hard to imagine, in this country, turning the tap and not having enough clean, drinkable water come out — but that is exactly what we now face. Continued inaction by the water industry means we continue to lose one-fifth of our daily supply to leaks,” said Meg Hillier MP, chair of the committee.

“Empty words on climate commitments and unfunded public information campaigns will get us where we’ve got the last 20 years: nowhere,” she added.

The PAC called on Defra to introduce annual league tables by the end of 2020 showing water companies’ and retailers’ performance on reducing consumption.

Defra said it has challenged water companies with a poor record on leakage to improve their performance, whilst Ofwat’s current price review commits water companies to an average 16% leakage reduction by 2025.

The industry has committed to reduce leakage by 50% sectorwide by 2050, a target that has been endorsed by government.

A Defra spokesperson said: “We absolutely recognize the need to safeguard our water supplies for future generations, which is why our National Framework for Water Resources sets out a bold vision for bringing together consumers, businesses and industry to sustainably protect our water supplies.

“We are already taking a tougher approach to poor performance and wastage within the water industry, while also finding ways to increase supply. But everyone has a part to play, and we urge people to be mindful of their usage and look at practical ways to save this precious resource in their daily lives.”

Defra plans to respond to the PAC report shortly.