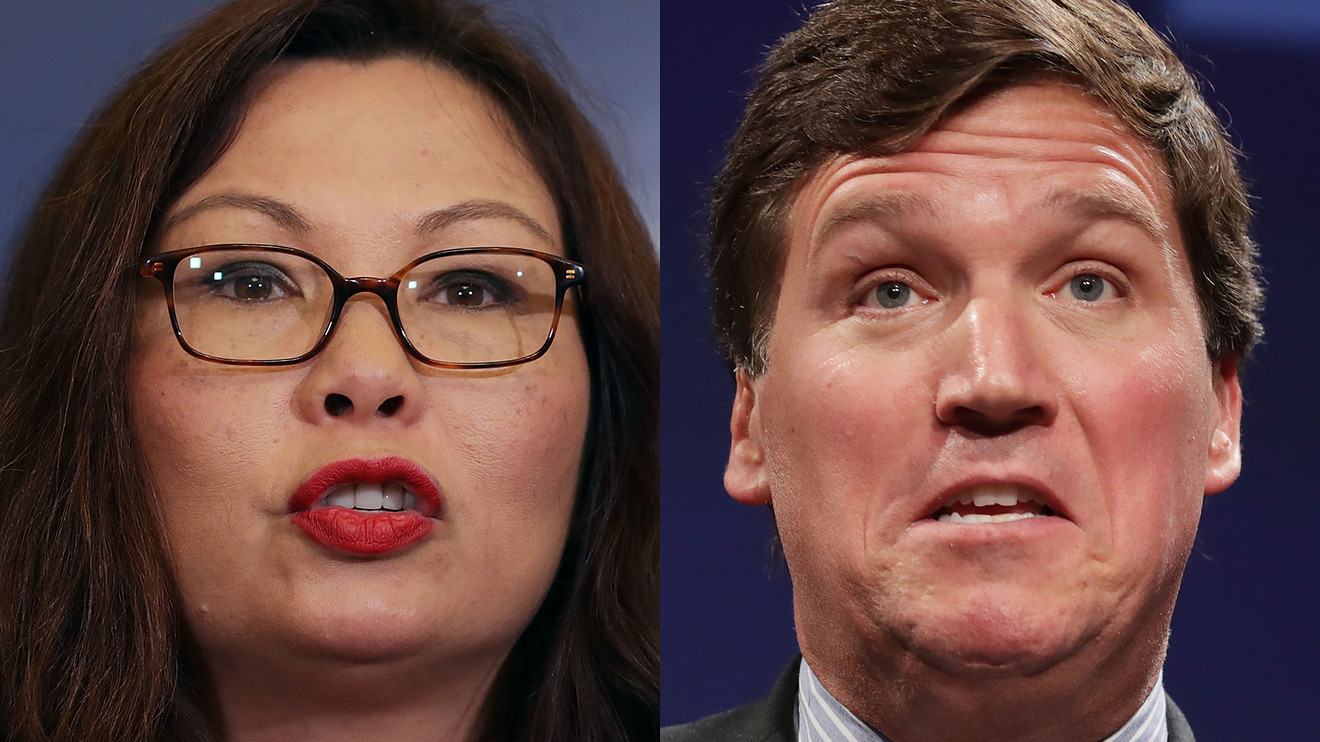 “ ‘Does @TuckerCarlson want to walk a mile in my legs and then tell me whether or not I love America.’ ”

That’s Sen. Tammy Duckworth, Democrat of Illinois, firing back in a tweet at Fox News host Tucker Carlson, after he slammed her as a “deeply silly and unimpressive person” on his show Monday.

Carlson also counted Duckworth, who lost her legs while serving in the U.S. Army in Iraq in 2004, among those that “actually hate America” because she supports a “national dialogue” about whether monuments should be removed and military bases renamed as the country reexamines its history.

“You’re not supposed to criticize Tammy Duckworth in any way because she once served in the military. Most people just ignore her,” he said. “It’s long been considered out of bounds to question a person’s patriotism. It’s a very strong charge, and we try not ever to make it.”

Duckworth over the weekend criticized President Trump for showing that “priorities are all wrong,” and for spending more time “honoring dead Confederates” than talking about growing number of Americans who have died during the coronavirus pandemic.

Watch Carlson’s opening monologue (the comments on Duckworth begin at the 11:40 mark):

Carlson, amid some voices of support, caught plenty of flak for his comments as he climbed Twitter’s US:TWTR list of trending topics. Here are a few of the highlights: