Home
Market
Hungary aims for quick decision on three-way bank merger
Prev Article Next Article
This post was originally published on this sitehttps://i-invdn-com.akamaized.net/trkd-images/LYNXMPEG5H165_L.jpg 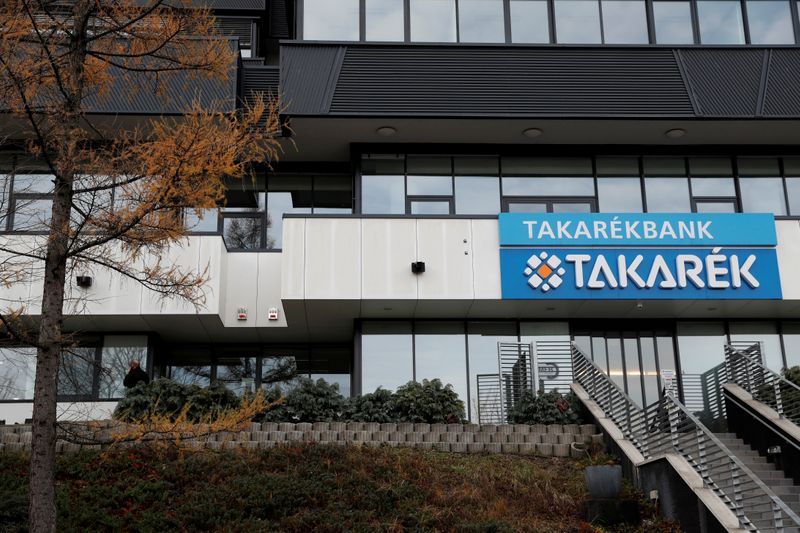 BUDAPEST (Reuters) – Hungary plans to decide “very quickly” on a proposed three-bank merger to create the country’s second biggest lender, a government minister said, signalling strong political will to push ahead with the project before elections in spring 2022.

The merger, which would allow the trio to leapfrog over foreign rivals in Hungary in terms of size, fits Prime Minister Viktor Orban’s agenda to boost the role of domestic players in key sectors of the economy such as finance, energy and the media.

Hungary acquired Budapest Bank from GE Capital in 2015 and government officials said it would make be a good match for MKB, which is emerging from a European Union restructuring process.

Takarek, which has an extensive rural branch network, has been working to transform itself into a universal banking group to compete with rivals OTP (BU:OTPB), Austria’s Erste Group (VI:ERST) or Belgium’s KBC (BR:KBC).

“We need to move very quickly,” Orban’s minister in charge of state assets, Andrea Mager told Reuters in an interview when asked about the merger. “We cannot have either one of these banks exposed to uncertainty regarding this option for long.”

Despite the political will, the project faces serious challenges, including the likelihood of recession due to the coronavirus pandemic, which could curb lending activity and trigger a rise in bad loans.

Some bankers have also privately expressed scepticism about the project given the complexity of merging banks with different business profiles and corporate cultures.

“You may have three well-functioning standalone banks, but that alone does not guarantee that their combination will also work,” said a banking source with experience in M&A deals.

Mager declined to give a timeline, saying the group was hiring advisers currently to explore potential synergies.

“The goal is to have a strong second bank from this co-operation,” she said. “If they want to be an assertive competitor, they will need to reflect this in their pricing as well.”

However, she dismissed the notion that the project would be aimed at dominant player OTP.

OTP Bank is Hungary’s banking market leader and central Europe’s largest independent lender, which is present in a dozen countries and had total assets of 21.9 trillion forints at the end of the first quarter.

OTP’s core Hungarian subsidiary alone is nearly twice the size of the post-merger trio with total assets of 10.5 trillion forints.

If the three-way merger goes ahead the group would have more than 900 branches, double the size of OTP’s network, which would need streamlining to realise cost savings from the deal — a politically painful prospect for 2021, a pre-election year.