Home
Market
France looks to insure businesses for future pandemics
Prev Article Next Article
This post was originally published on this sitehttps://i-invdn-com.akamaized.net/trkd-images/LYNXMPEG5B1QY_L.jpg 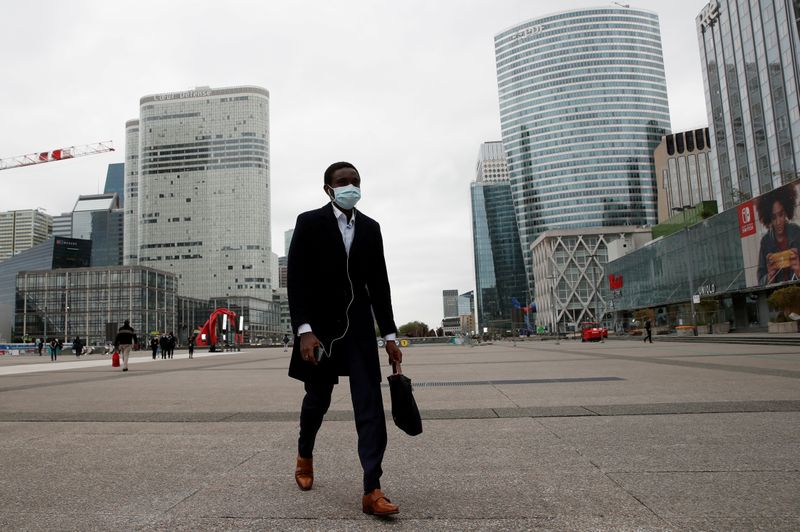 The proposals, which would not apply to the current crisis, are aimed at helping 2.9 million small and mid-sized companies to cover some losses should they be required by the state to shut down their businesses if disaster strikes again.

The plan follows confusion and recriminations around the world as the COVID-19 pandemic has blindsided governments and insurers. Businesses facing unprecedented lockdowns have struggled to claim back massive losses from an industry that may not be able to cover them.

Insurers in the United States and Europe, facing political pressure and lawsuits from clients, are discussing with authorities new ways to cover future crises.

Existing French business-interruption policies usually cover revenue losses stemming from some physical damage, such as fire. They typically either exclude or do not specifically cover a pandemic.

Under the proposed mechanism, known as CATEX, private insurers and reinsurers would provide coverage of up to 2 billion euros annually to businesses overall, beyond which the state would step in via public reinsurer CCR.

The new guarantee would be built into either fire insurance contracts, which all France companies have; or into business interruption policies, which 50% of businesses have.

The proposal has been put forward by the FFA insurance trade body. It is among plans being examined by a working group set up by French Finance Minister Bruno Le Maire, which includes lawmakers, business lobbies, France’s insurance association and public reinsurer CCR.

“The compensation would be a lump sum and paid without prior expertise,” the FFA said. “The financing of the CATEX system would be ensured via a premium paid by the companies concerned, and via a public-private partnership.”