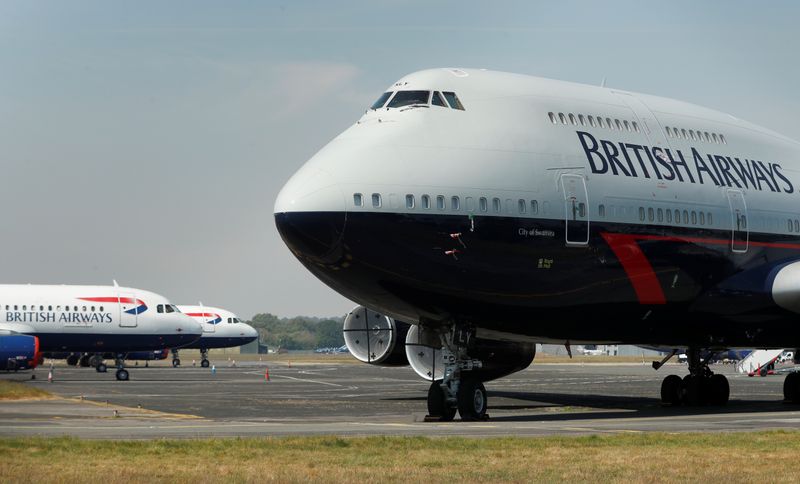 The airline has come under fire from British politicians for plans to cut 12,000 jobs. But with planes grounded and no revenue, it says the job losses are necessary because travel demand is set to shrink in coming years.

The BA collection includes works by Damien Hirst, Peter Doig and Bridget Riley, and selling off some of the works, which usually hang in executive lounges at airports, was an idea from a BA staff member, a source familiar with the situation said on Thursday.

At least one work has been valued at more than 1 million pounds ($1.27 million), the source added.

BA boss Alex Cruz said last week that with its parent company IAG (L:ICAG) burning through 178 million pounds ($223 million) a week, he could not guarantee BA’s survival and urged unions to engage over the job cuts.

The airline has said it is taking steps now to reduce up to 28% of staff numbers to protect as many jobs as it can in the long term.