Home
Stocks
Dispatches from a Pandemic: Is ‘vuelo maldito’ to blame? U.S. links to the Guatemalan COVID surge include banned migrant flights and infected textile plants
Prev Article Next Article
This post was originally published on this site 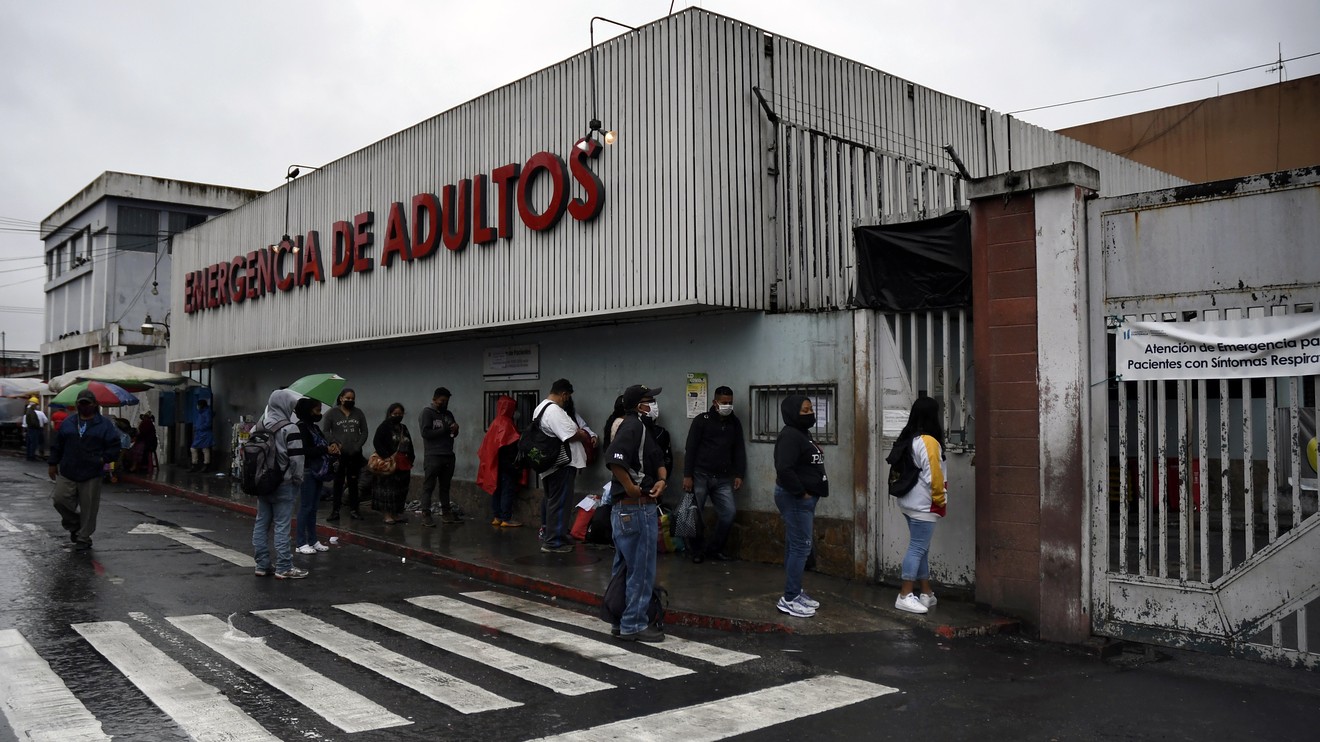 GUATEMALA CITY – “There’s no doubt the poorest have been hit hardest.”

That’s the assessment from Ricardo Barrientos, an economist with Guatemalan think tank Icefi, when asked who is suffering most as the coronavirus rips through Central America’s largest economy.

The rising numbers are fueled in part, some argue, by the contentious return of untested migrants, and the rate of increase, including in the key textile sector, has prompted the government to extend partial lockdowns into a fourth month.

With 252 deaths and about 7,000 cases as of June 8, according to the Johns Hopkins University COVID-19 dashboard, Guatemala’s case load is significantly lower than neighboring Panama, where deaths top 390 out of more than 16,000 infections. Panama’s neighbor, Costa Rica, has only 10 deaths out of 1,300 cases, the region’s lowest.

“ ‘In March and April, the government appeared to have success with contention. But people started going out and in the last week of May [and] cases began to accelerate.’ ”

Still, “infections are rising fast, ranging from 200 to 300 on most days but we’ve had up to 400 in a day,” Barrientos added, forecasting that the virus could lead to a decline of up to 4% in Guatemala’s GDP this year, also as U.S. remittances fall sharply. “In March and April, the government appeared to have success with contention. But people started going out and in the last week of May, cases began to accelerate.”

Barrientos echoed views that the so-called “damned flight” (vuelo maldito in Spanish) that returned sick migrants to Guatemala from the U.S. on March 26 has exacerbated the crisis. Since then, President Alejandro Giammattei has blamed the Immigration and Customs Enforcement (ICE) for deporting people knowing they were sick, failing to properly test them before they were sent home and temporarily halting flights though they have since resumed.

Opinion:Post-lockdown policies will be a minefield for governments — three economists offer a road map

Human rights activists have also blamed Washington for helping spread coronavirus in Central America and the Caribbean as well as to Latin America, the crisis’ new epicenter with Brazil at its chore.

“The United States government is definitely responsible for propagating the pandemic,” Ariana Sawyer, an immigration expert at Human Rights Watch, told Germany’s Deutsche Welle (DW) recently. “Despite the restrictions for travel around the world and health expert recommendations, ICE has deported people who tested positive with the virus.”

On May 15, shortly after Giammattei banned deportee flights from reaching the country, CNN quoted the agency’s officials as saying it lacked enough testing kits for deportees but was continuing to examine them for elevated temperatures and COVID-19 symptoms and was also examining migrants in custody before they boarded planes.

Whomever was at fault, the return of migrant flights has fueled uprisings in Guatemalan communities which have turned violent against deportees out of fear of being infected. Those actions have recently quieted down, however, with the spotlight shifting to Health Minister Hugo Monroy and how he will handle the crisis as the country battles with deepening community spread.

Critics say the state somewhat mishandled the crisis, imposing lockdowns in mid-March that were seen as too early to give Guatemala’s vast swath of informal workers living off street peddling or other menial jobs a chance to adapt.

“The government closed the economy too fast and now the crisis and the virus’ expansion is so grave that people who have to go out to work have to go out no matter what,” boosting contagion, said Barrientos.

Guatemala City has also been tagged for lacking transparency in updating citizens about the virus’ progression.

“Daily press conferences started last Friday [in late May],” added Barrientos. “Now you have a two-way dialogue with Q&As. Before, the government provided a one-way daily update.”

The government has also been slammed for providing questionable statistics about deaths with one hospital recently saying two died in its premises, contradicting reports that put that number at 16.

Don’t miss:Clinging to ‘pura vida’: Costa Rica is known for storied beaches and volcanoes, and now a spike in COVID cases

Meanwhile, the disease is hitting some of Guatemala’s main export industries, notably textiles and apparel where thousands of maquilas make billions of garments for U.S. sale every year.

Late last month, a major COVID-19 outbreak involving 200 workers at Korean-owned textiles firm K.P. Textil sent shock waves across the country and the region, where other producers are also major garment exporters “North of the Border.”

That development, the first of its kind to be officially reported in Central America, fueled calls for tougher action to ensure garment manufacturers provide sufficient personal protection equipment (PPE) for its workers.

“They violated the [government’s] health protocol and the owners will face trial and a possible fine and/or even jail,” said Alejandro Ceballos, who leads the country’s main textiles lobby Vestex, saying that the infected individuals in the 900-strong K.P. Textil facility have been quarantined while the site remains shut, possibly for up to three months.

Authorities have accused the owners of the factory — which makes wears for American Eagle Outfitters Inc. AEO, -1.57% and was churning out up to 70,000 daily masks for U.S. clients — of negligence to ensure employees in the small town of San Miguel Petapa were safe against the virus.

In a May 15 charge, state health director Carlos Guerra Velasquez claimed K.P. showed “little cooperation” to let authorities inspect the site and quoted them as saying they had “no time to evaluate workers because it stops production and affects them.”

The company has denied wrongdoing. But the situation has further underscored critics’ views that the pandemic has hit low-income workers and migrant groups in this country of 17 million people where 59% live in poverty and 23% in extreme poverty.

Economists, however, said Guatemala’s peak appears in site and that the worst of the lockdowns seems behind. While the new restrictions will halt vehicle circulation and force businesses to shutter from 6 p.m. to 5 a.m., harsher weekend restrictions are unlikely to resume.

“We are not that bad off, at least when you compare us with El Salvador, which has 3,000 cases but it’s much smaller than Guatemala” or Panama, said economist Abelardo Martinez, also at Icefi. “And the textiles case only involved one factory, it’s not a general situation that affects all our industries.”

More Dispatches from a Pandemic:

‘We basically had less than 24 hours to mobilize.’ This Chicago neighborhood was battling coronavirus — then the demolition happened

‘Sticking to social distancing rules is incredibly difficult:’ The perils of navigating a world with coronavirus as a blind person