Home
Stocks
Key Words: No more social distancing for media in Rose Garden as White House decides it ‘looks better’ when reporters bunch together
Prev Article Next Article
This post was originally published on this site 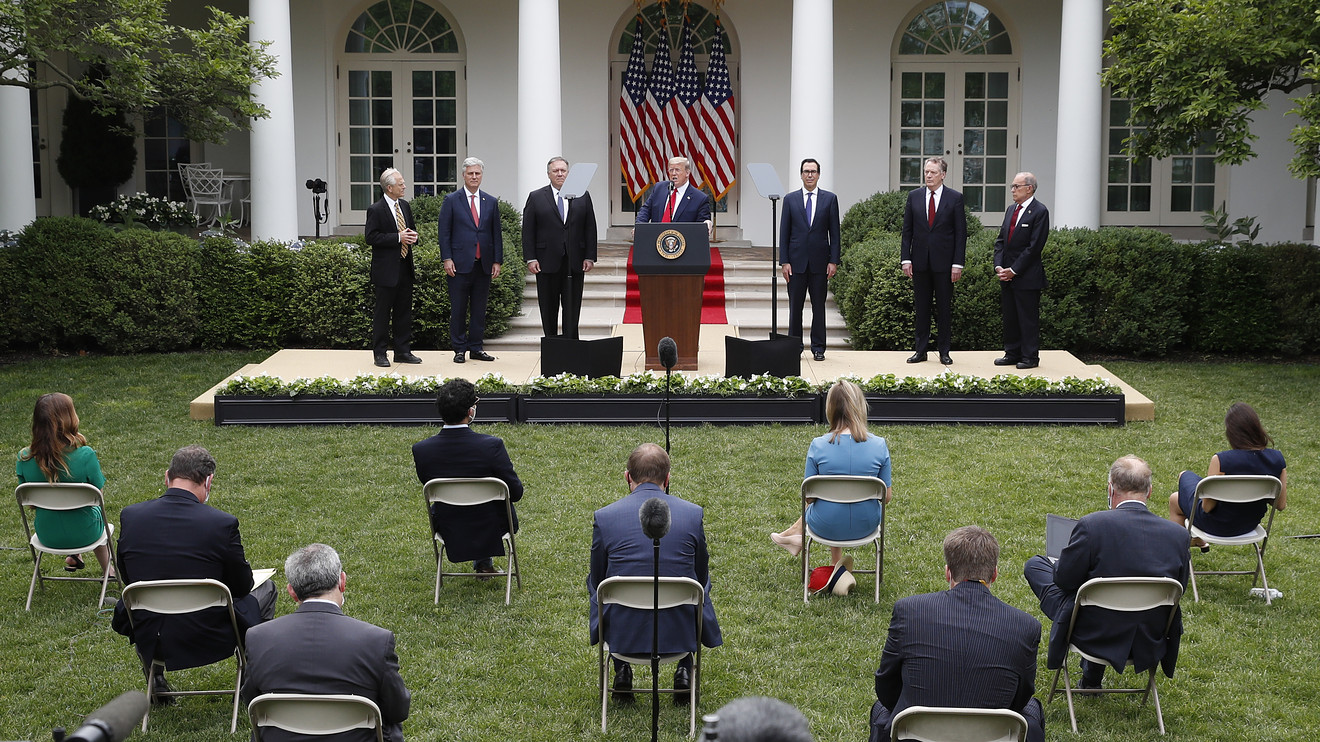 Apparently eager to portray a country that’s definitively back on track not only economically, with a stunner of a nonfarm-payrolls report released early Friday, but also in public health terms, the White House on Friday effectively forced reporters to abandon the Trump administration’s own social-distancing guidance.

Chairs for correspondents, of late placed at a remove from one another in accordance with the widely recognized recommendation to stay 6 feet away from others to lower the risk of coronavirus contagion, were assembled in the Rose Garden in status quo ante fashion.

Why, asked the White House Correspondents Association, were reporters being asked to violate established best practices, with 1,000 Americans perishing daily from COVID-19 and states including Arizona, Arkansas, Texas and Tennessee continuing to see new peaks in cases? A succinct answer from the White House:

The correspondents association’s head, Jonathan Karl of ABC News, put out the following statement — which, it’s worth noting, took a veiled poke at the White House for labeling the event a news conference when reporters were not given the opportunity to ask questions:

The chairs were initially positioned in a way that was consistent with social distancing guidelines but were moved closer together by White House staff shortly before the event started.

When we asked for an explanation, the White House press office told us the decision to move the chairs close together was made because “It looks better.”

The health of the press corps should not be put in jeopardy because the White House wants reporters to be a prop for a “news conference” where the president refused to answer any questions.

President Trump, at the podium, took note of the nearly shoulder-to-shoulder seating arrangement Friday as it were an organic occurrence, or perhaps based on epidemiological factors, saying: “I noticed you’re starting to get much closer together. Looks much better, I must say.”