Home
Stocks
Even the worst-case scenario for U.S. stocks doesn’t look bad
Prev Article Next Article
This post was originally published on this site

Will the indexes leap over those hurdles or stumble and crash?

The Nasdaq Composite COMP, +2.06% is approaching its prior all-time high at 9,817 (based on closing price).

Read: U.S. regains 2.5 million jobs in May, unemployment falls to 13.3% as economy starts to recover from coronavirus

On April 7 (which was Day 11 of the stock market rally from the March 23 low), the S&P 500 had already retraced a Fibonacci 38.2% of the previous losses. That was a very quick retracement. 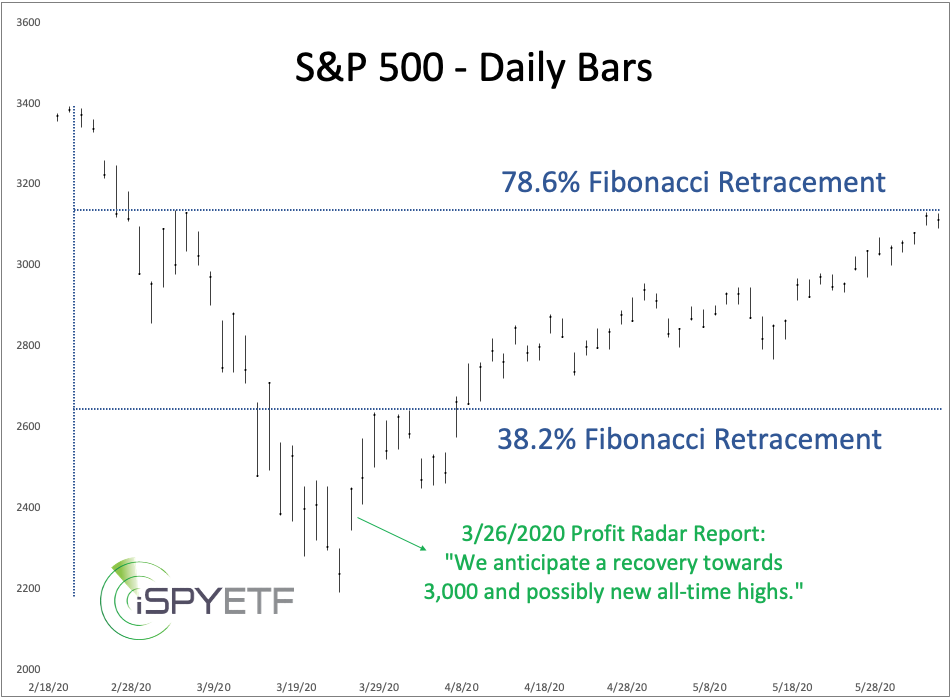 In fact, the retracement was unusually quick, and I published the following observation in the April 7 Profit Radar Report:

“Since 1970, there were only five other times where the S&P 500 retraced more than 34% that quickly. The chart below shows the forward performance. Returns were rock-solid.”

Below is an updated version of that chart. 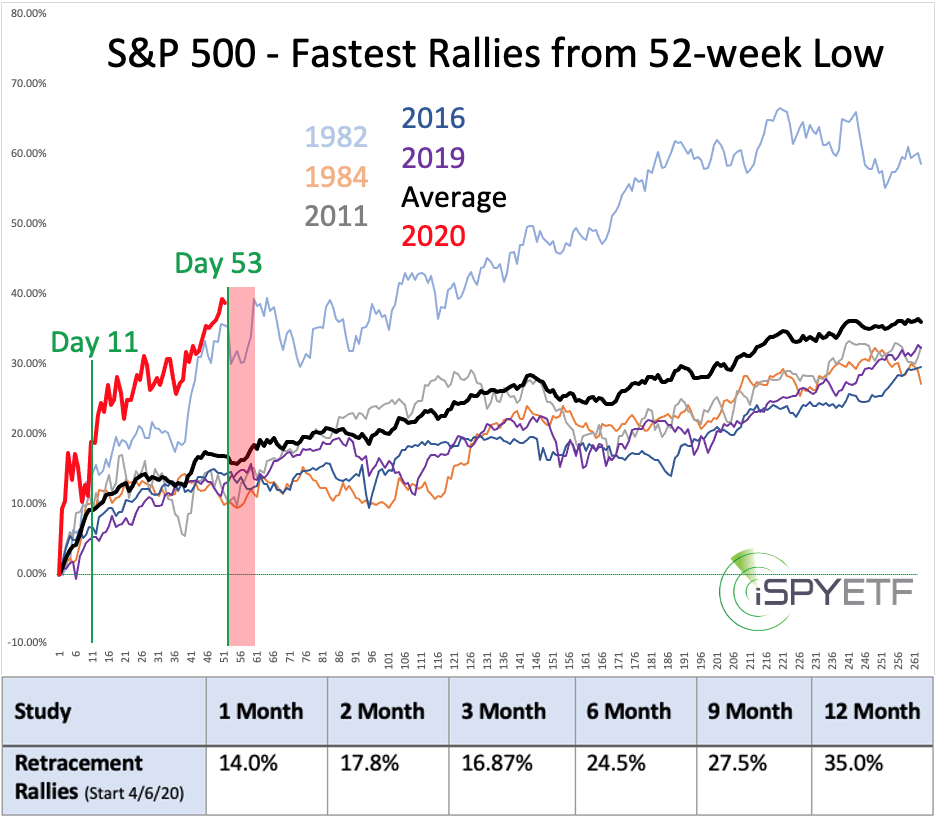 The performance table at the bottom of the chart shows the average forward returns after Day 11 of the rally (April 6). Aside from one quick dip (Day 6 of the 2019 rally), forward returns were uniformly positive.

Perhaps in the short term, but not in the long term, as an examination of the Nasdaq Composite shows.

Bright outlook for the Nasdaq

The Nasdaq Composite has come within striking distance of a new all-time high. Since 1971, there were 11 other times when the Nasdaq fell more than 20% from an all-time high and recovered within 2% of the previous all-time (or multi-year high from 2000-2016).

Each time, the Nasdaq went on to exceed the prior all-time high. What happened afterward?

The chart below shows the Nasdaq’s forward performance after exceeding the prior all-time high (after having dropped at least 20%): 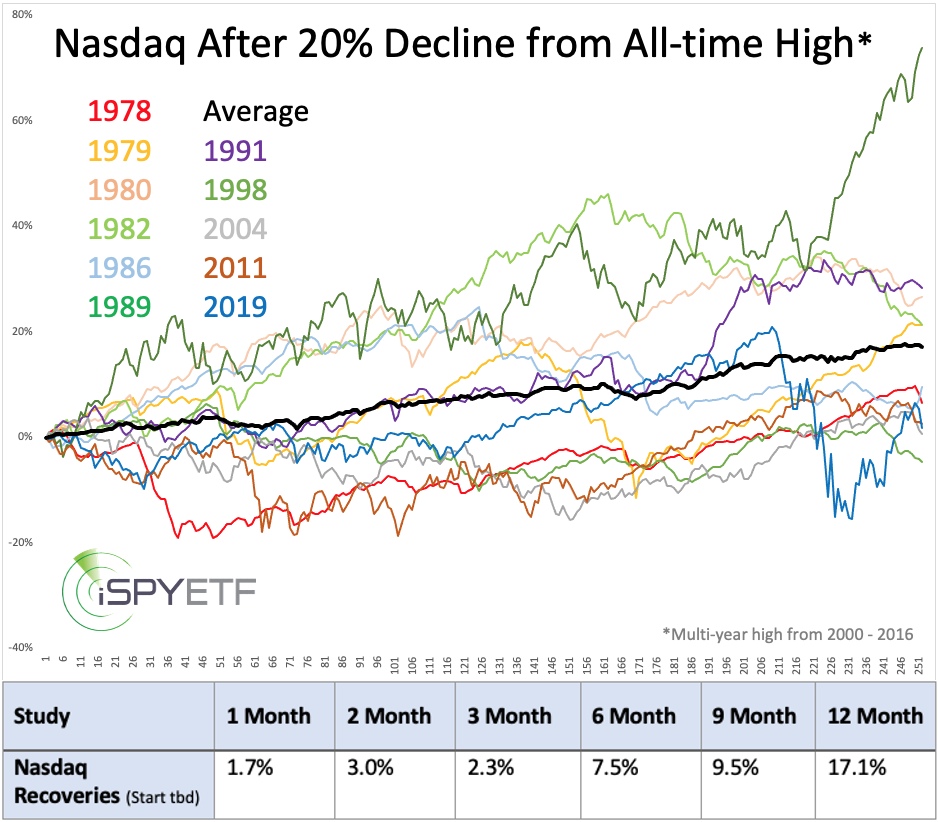 Average forward returns were positive in every time frame, but there were some painful short-term losses (1978, 2004, 2001 signal).

Nevertheless, the odds favored positive returns in every time frame and one year later, the Nasdaq was higher 10 of 11 times with an average return of 17.1%.

While the above two studies are compelling, they are not the only ones I’ve looked at. In fact, over the past six months, I’ve run, catalogued and calculated the forward performance of 274 studies similar to the above.

Almost every major U.S. index is getting close to some sort of resistance, which elevates the risk level. However, the risk is likely to be limited and give way to another buying opportunity.