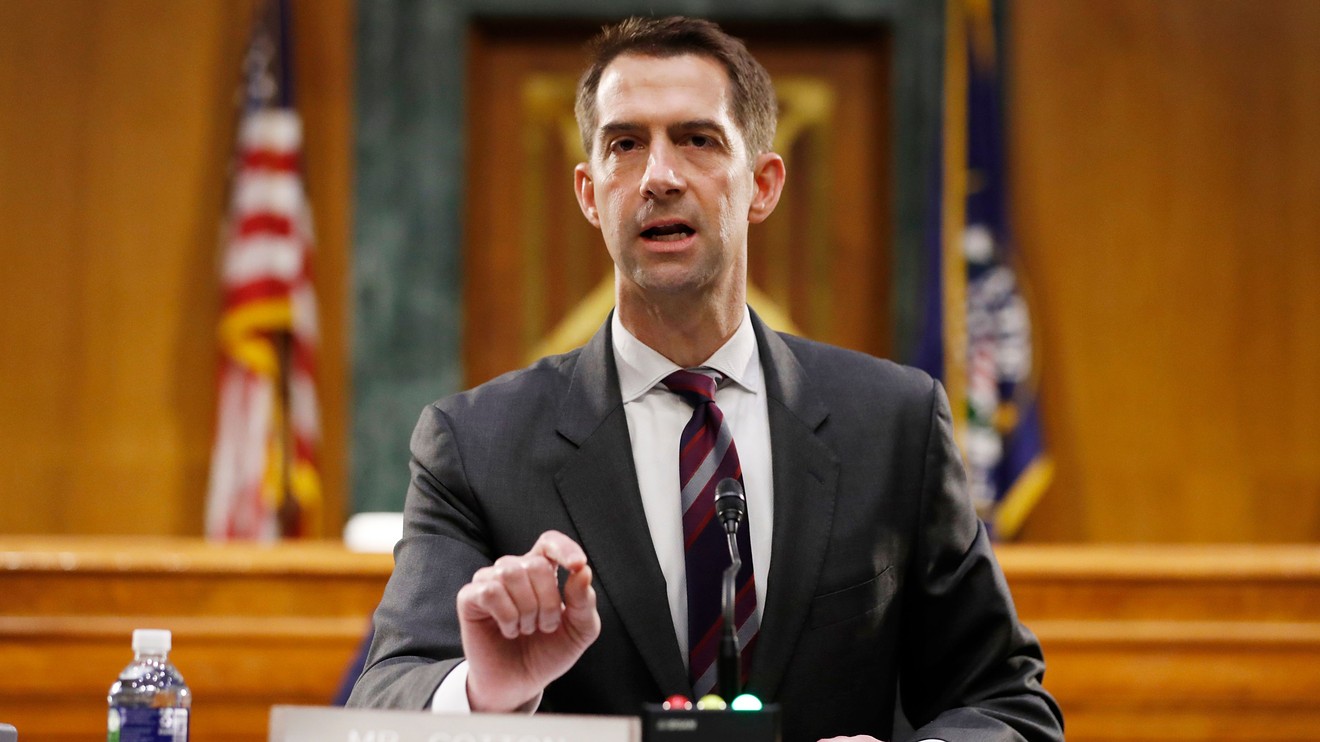 The New York Times was facing a sharp backlash from staffers Wednesday after publishing a hawkish op-ed column by Sen. Tom Cotton calling for the military to quell protests across the nation.

The Times NYT, +2.93% was excoriated by many on social media for publishing what they called an inflammatory column, and many Times staffers pointed out that their lives could be at risk if what Cotton was urging was actually carried out.

The message was amplified by hundreds of supporters, both within the media and without, tweeting in solidarity.

Wednesday night, the newspaper’s union condemned the column, saying it “undermines the journalistic work of our members, puts our Black staff members in danger, promotes hate, and is likely to encourage further violence.”

“Cotton’s op-ed pours gasoline on the fire. Media organizations have a responsibility to hold power to account, not amplify voices of power without context and caution,” the union said in a statement.

Former Times op-ed editor Sewell Chan said the decision to publish Cotton’s column “falls short of sound journalistic practice” by being one-sided and not even timely. “It might have been 2 days ago, but Pentagon, @EsperDoD and Mattis have been clearly pushing back. The governors haven’t asked for military deployments—in fact, several told Trump it would make things much worse,” he tweeted.

On Wednesday, Defense Secretary Mark Esper said he opposes using troops against protesters, and former Defense Secretary James Mattis issued a scathing statement, condemning Trump’s calls for military intervention as unconstitutional and setting up “a false conflict … between the military and civilian society.”

James Bennet, the editorial page editor of the Times, defended the decision to publish Cotton, in a thread of tweets.

“Times Opinion has published powerful arguments supporting protests, advocating fundamental change and criticizing police abuses,” he said. “Times Opinion owes it to our readers to show them counter-arguments, particularly those made by people in a position to set policy. We understand that many readers find Senator Cotton’s argument painful, even dangerous. We believe that is one reason it requires public scrutiny and debate.”

The Times is not the only major company facing open revolt by its employees over recent events — Facebook Inc. FB, -1.10% workers have increasingly been putting pressure on CEO Mark Zuckerberg for his decision not to fact-check posts by Trump, with some staging walkouts and others quitting. On Wednesday, nearly three dozen of Facebook’s earliest employees, including some who helped author the original community standards, said Zuckerberg was wrong and urged him to reconsider his position.