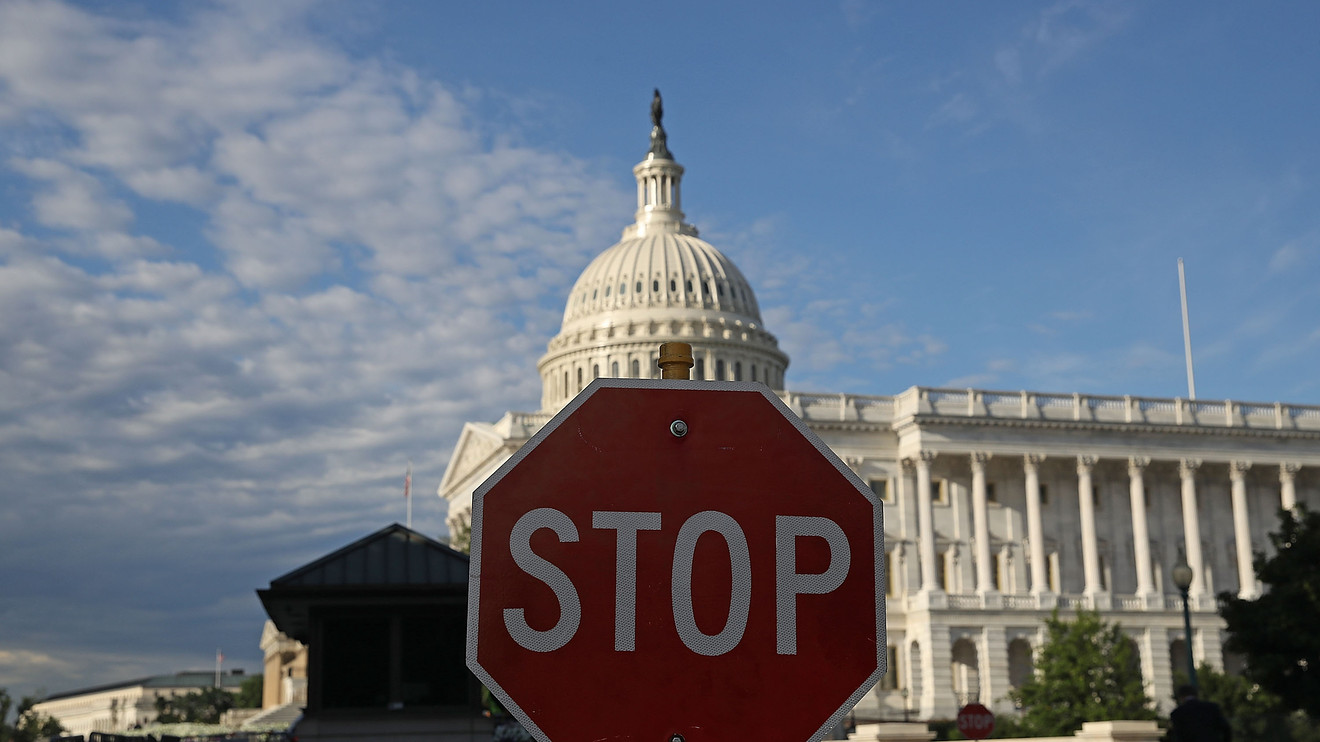 Brief hopes that U.S.-China trade tensions may subside appear to have been dashed.

Investors had breathed a sigh of relief on Friday when President Donald Trump chose not to mention sanctions or tariffs at a press conference about China’s new security law in Hong Kong.

However, Beijing is set to pause purchases of certain U.S. products, including soybeans, according to reports, sending stock futures slightly lower before the open. Traders had initially shrugged off a weekend of protests against police killings of black people.

Optimism over the economic recovery from coronavirus, with all 50 states taking steps to reopen, has sent stocks higher in recent weeks.

In our call of the day, Goldman Sachs analysts said the “unloved but welcome” S&P 500 SPX, +0.48% rally over the past two months was unlikely to persist.

The S&P 500 has rebounded more than 35% since its Mar. 23 low and now trades 10% below its all-time high. The rally, after stocks plunged 34% in just 23 trading days, was unloved because investors weren’t positioned to take full advantage, but welcome because most investors are structurally long-biased, the analysts, led by David Kostin, said.

They described it as a “remarkable journey” but said the upward trajectory of U.S. stocks would most likely stop.

If the expected “achievable but optimistic” normalization of the economy is met that would validate the existing market level, rather than push it substantially higher, they concluded.

In the near-term, the index could move to 3,200 but any bumps in the road to economic reopening or further political risks could send the index to 2,750, they said.

The performance of the index’s five largest stocks — Microsoft MSFT, +1.02%, Amazon AMZN, +1.71%, Apple AAPL, -0.09%, Google parent Alphabet GOOG, +0.86% and Facebook FB, -0.16% — has carried it higher, the team said. The investment bank’s equity research analysts forecast just a 1% upside for the big five, and that many more “economically-sensitive” companies would need to get involved in the rally.

“Broader participation in the rally will be needed for the aggregate S&P 500 index to climb meaningfully higher. The modest upside for the largest stocks means the remaining 495 constituents will need to rally to lift the aggregate index,” they said.

Tens of thousands of protesters took to the streets across America again on Sunday. Peaceful protests against police killings of black people were overshadowed by unrest across major cities.

President Trump was rushed to a White House bunker by Secret Service agents on Friday night as protesters gathered outside, according to reports.

Tesla TSLA, +3.62% Chief Executive Elon Musk’s SpaceX successfully delivered two astronauts to the International Space Station for NASA on Sunday. It is the first time a privately built and owned spacecraft has carried humans into space.

Disney will reopen its theme parks at Walt Disney World in Florida next month but the company has canceled dining reservations and other perks in a bid to adhere to social distancing guidelines.

German airline Deutsche Lufthansa has agreed to give up key landing slots at Frankfurt and Munich airports to meet EU conditions and unlock a €9 billion ($9.9. billion) state bailout package.