Home
Stocks
With veto, Trump backs DeVos in battle over relief for scammed student-loan borrowers
Prev Article Next Article
This post was originally published on this site 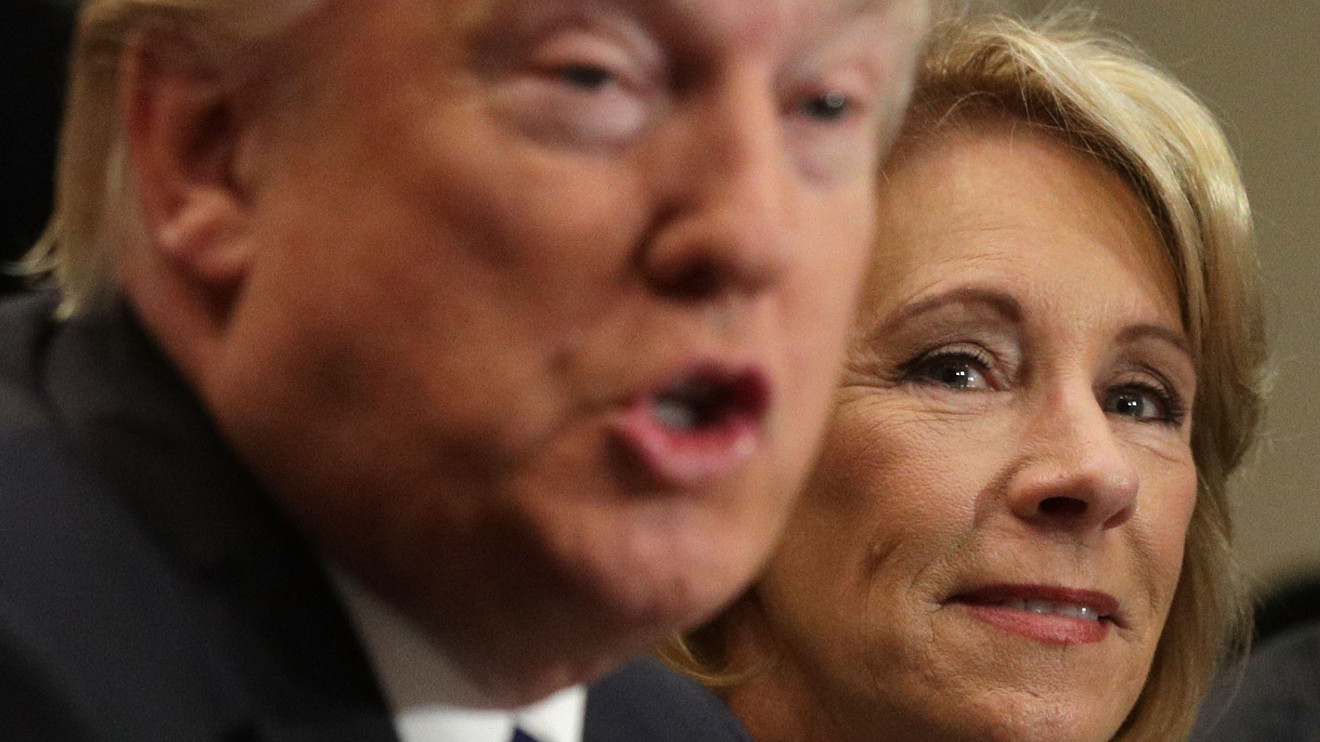 U.S. President Donald Trump backed his Secretary of Education Betsy DeVos Friday evening in a battle over how much relief should be provided to student-loan borrowers who say they were scammed by their colleges.

Trump vetoed a bipartisan bill that would have required the Education Department to implement an Obama-era version of the borrower defense rule, a legal process borrowers can use to have their student loans cancelled if they believe they’ve been defrauded by their colleges.

The veto is the latest in a years-long controversy over the rule. Though on the books since the 1990s, the provision was rarely used until 2015 when amid the collapse of major for-profit college chain, Corinthian Colleges, borrowers began clamoring for relief under the law. In response to those debtors and pressure from advocates who organized them, the Obama administration created a process borrowers could use to file claims under the law.

Tens of thousands of borrowers from other for-profit colleges, including the now defunct ITT Technical Institute, filed for relief under the law, claiming their colleges used misleading job placement and graduation rates to lure them into taking on student loans, among other allegations.

Under DeVos, the Department of Education heightened the burden of proof for borrowers seeking relief, requiring them, among other provisions, to provide evidence that they’d been harmed financially by their schools’ actions. Borrower advocates have argued that the DeVos version of the rule would make it difficult for borrowers who had been scammed to obtain relief.

The DeVos-era Department of Education and its supporters have argued that their version of the rule would correct the “overreach” by the Obama administration and save taxpayers $11 billion over the next 10 years.

The bill, passed by the House in January and the Senate in March with the support of several Republican senators would have required the Department of Education to implement the Obama-era version of the rule.

If lawmakers are unable to override Trump’s veto, the DeVos version of the rule will take effect on July 1.